In countries around the world, elections without a free press are a dire reality

Opinion: The rise of authoritarianism in places like Hungary and Venezuela are chilling reminders that we can't be complacent about freedoms or a free press 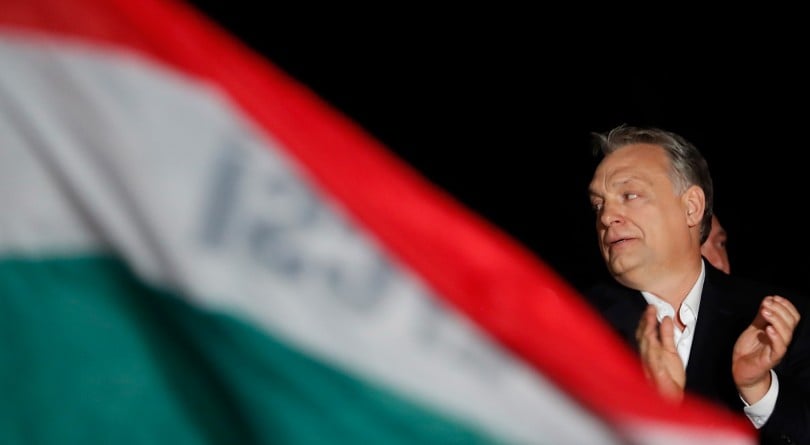 Carlos Martinez de la Serna is the program director of the Committee to Protect Journalists. World Press Freedom Day is on May 3.

Over the last two decades, authoritarianism has been surging across the globe. Freedoms are under attack—and we can see that through the sustained efforts to silence critical media.

In places as far afield from each other as Venezuela and Turkey, democracy has slowly been undermined by attacks by governments, disguised as legitimate political reforms backed by the polls. And these electoral campaigns are taking place in environments where critical voices have been quieted, public debate and disagreement has been inhibited, and disinformation, propaganda and censorship prevail.

It’s happening both in places where press freedom has been long under attack, and in others that were considered safe until recently but are slipping towards authoritarianism—including a country that once had one of the most thriving media landscapes among the democracies that surged in Europe after the fall of the Berlin Wall.

In Hungary, one of the rising semi-authoritarian or “hybrid” states that have the trappings of democracy but resort to non-democratic mechanisms to attain and consolidate power, Prime Minister Viktor Orbán—who just won his third consecutive four-year term—has dismantled most checks on his power, including a critical media. Orbán has used a variety of methods to stifle the independent press, including politically motivated distribution of advertising revenue, new legislation to curtail press freedom, and policies aiming to control the activities of the state broadcasting network.

Amid economic and political pressure, many publications have shut down during the past few years amid a reorganization of the media landscape that favours concentration in the hands of party supporters, and a challenging press environment that limited genuine political debate. The largest political newspaper in the country, Népszabadság, stopped airing allegations of corruption against Orbán after it was shut down, along with a portfolio of regional newspapers, only resuming publication later in the hands of a new owner, an Orbán ally. One of the few outlets that still published critical stories during the campaign, the daily Magyar Nemzet, shut down in the wake of Orban’s victory, citing financial problems.

During the last election, public television “clearly favoured the ruling coalition, at odds with international standards,” while employees of the state TV network have confirmed to The Guardian the direct role of the government in shaping their coverage and amplifying their rhetoric of fear, xenophobia, and anti-semitism. Monitors also observed the chilling effect of defamation laws on journalists when disproportionate civil verdicts were reached.

After Hungarians’ most recent trip to the polls, a pro-government outlet published a list of supposed agents, including journalists, of George Soros —the Hungarian-American billionaire who Orban used as a boogeyman, falsely blaming him as in charge of an elaborate conspiracy to send migrants to Hungary. Never mind, of course, that Orban once attended the University of Oxford on a Soros-funded scholarship.

Hungary is only one of the many examples of countries in which this is occurring; we’re seeing it with Recep Tayyip Erdoğan in Turkey, Vladimir Putin in Russia, and Nicolas Maduro in Venezuela, among other autocrats across the globe. One commonality between them is their fixation on controlling the media narrative and suffocating dissent, an effort that is doubled ahead of elections. Hungary is serving as the model for Jaroslaw Kaczynski in Poland, the most populous Central European state, as authoritarianism continues its expansion and imposes new restrictions on the free flow of information.

In her popular book, Dark Age Ahead, the late Jane Jacobs warned of the mass amnesia that occurs when “previous ways of life slide into an abyss of forgetfulness, almost as decisively as if it had not existed.” With authoritarianism on the rise, there is a risk that more and more countries around the world could hold elections without a free press, allowing that amnesia to become permanent as they become the norm.

We cannot allow that to happen. It may feel like something to take for granted in North America, but as societies around the world struggle to maintain their freedoms, do not forget about the critical importance of a free press, shedding light on public affairs and promoting civic dialogue during genuine elections.