In its 'free-the-beer' ruling, the Supreme Court reveals its contradictions 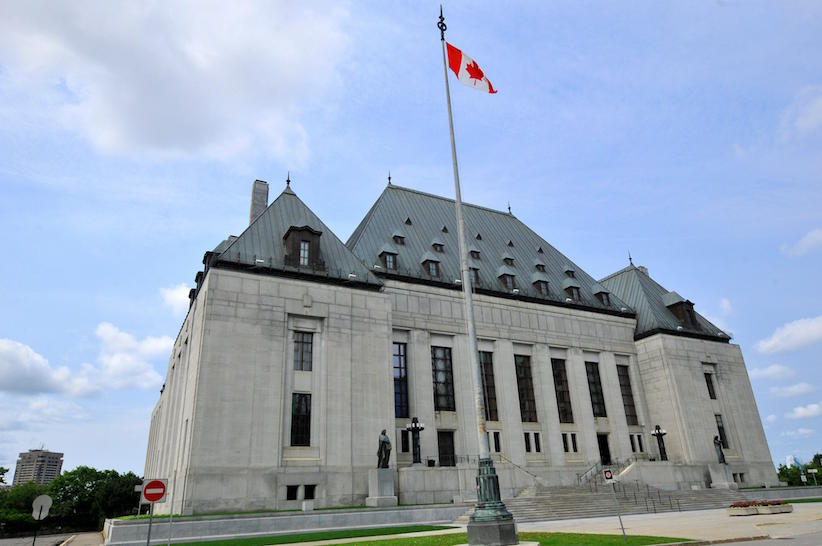 The Supreme Court of Canada. (Shutterstock)

Emmett Macfarlane is an associate professor of political science at the University of Waterloo.

It seems inevitable that the Supreme Court of Canada’s R. v. Comeau decision, in what will forever be known as “the Beer Case,” will go down as controversial and perhaps even deeply unpopular. There’s little surprise that public opinion polls overwhelmingly oppose laws restricting Canadians’ ability to buy liquor in one province and freely transport it home to another province.

But there was much more at stake in today’s decision than beer and where we can buy it. The decision exposes several dirty secrets about Canadian constitutional law and the Court itself. These include the enormity of the discretion available to our top judges, the wildly varying degree to which some things matter, or don’t, seemingly on a whim—like the plain meaning of the text, established precedent, and framer’s intent—and how politics can explain why the Court can be pathologically timid while somehow simultaneously rendering an unpopular decision.

The Court’s ruling centres on section 121 of the Constitution Act, 1867, which reads: “All Articles of the Growth, Produce, or Manufacture of any one of the Provinces shall, from and after the Union, be admitted free into each of the other Provinces.” To you and me, that phrase might seem straightforward: the new union was an economic one eliminating barriers to trade. But the nine justices on the Court concluded instead that the phrase “admitted free” is “ambiguous.”

We need to separate the beer issue from the broader implications of reading section 121 like a regular human being would. The Court determined that the New Brunswick law at stake in the case will stand, because the law only had an “incidental effect” on interprovincial trade given its purpose, which was to restrict access to liquor not sourced from the provincial liquor corporation.

Only a mind as nimble as a Supreme Court justice’s could determine that this purpose—an overtly protectionist law designed to prevent the free purchase and transport of beer from another province—has only an “incidental effect” on interprovincial trade. It’s like arguing that a rule removing one of the team’s nets has only an incidental effect on a hockey game.

The Court’s concern, nonetheless, is that a truly broad interpretation of section 121 would render all sorts of valid provincial laws, such as those designed to protect people’s health or the environment, unconstitutional. The Court’s discussion on this point seems to present this as an all-or-nothing interpretation, where in other contexts it is easy to imagine the Court finding a balanced approach that would preserve legitimate exercises of provincial power while not permitting obvious examples of economic protectionism. Alas.

Having found clear text ambiguous and deemed an obvious purpose incidental, the Court’s decision moves on to an analysis of historical context, ultimately finding that it too isn’t sufficiently clear—despite, almost dumbfoundingly, the following paragraph:

The framers of the Constitution were familiar with tariffs and charges on goods crossing borders. But, in drafting s. 121 , they chose the broad phrase “admitted free” rather than a narrower phrase like “free from tariffs”. We do not know why they chose this broader, and arguably ambiguous, phrase. We do know there were debates on the issue, and those that wanted a more expansive term than “tariffs” or “customs duties” won the day.

Think about that. “We do not know why” they chose the broad language, but we’re just gonna go ahead, label it ambiguous, and ignore the pesky fact they did.

The Court then uses an unwritten “principle of federalism” to further justify its decision, even as it acknowledges the device has been criticized for leading to incoherent or policy-driven decision-making. But the justices want to emphasize a “jurisdictional balance” over economic matters in Canada, despite the obviously centralized constitutional design implemented in 1867.

This is in part because past courts, including the Judicial Committee of the Privy Council—a court in London which used to serve as Canada’s final appellate court—trampled over the written text and intent of the framers to dramatically broaden the powers of the provinces while artificially narrowing relevant federal provisions like the trade and commerce clause. A finding that section 121 was anything more than a narrow provision would expose longstanding federalism jurisprudence for what it is: a product of judicial invention rather than a reflection of the constitutionally established powers.

READ MORE: The Supreme Court’s record of putting the brakes on change

And this is where politics becomes a dominant explanation for today’s decision. The Court recognizes in its opening paragraphs that reading section 121 in the sense that Canada is a true economic union would have significant implications. Just think of the ongoing saga over the Trans Mountain pipeline. The Court was willing to write an unpopular decision precisely because going the other way would create even bigger waves: 10 angry provinces and a nervous federal government that would suddenly be expected to actively exercise its proper authority over the economic union.

It’s the pitch-perfect case for why judicial deference to a legislature can still be inappropriately political, even activist. And as a result of this politicized timidity, we get a resounding absurdity. As economist Mike Moffatt tweeted, “With today’s SCC decision, there are fewer trade barriers for Ontario companies to sell to Michigan than to Quebec. This is a problem.”

It’s an absurdity of constitutional interpretation that the Court routinely allows in the context of federalism but would never countenance in other areas of law. But mostly, it’s just absurd.