Invest your retirement savings in Rebel Media—or, better yet, in dog toys 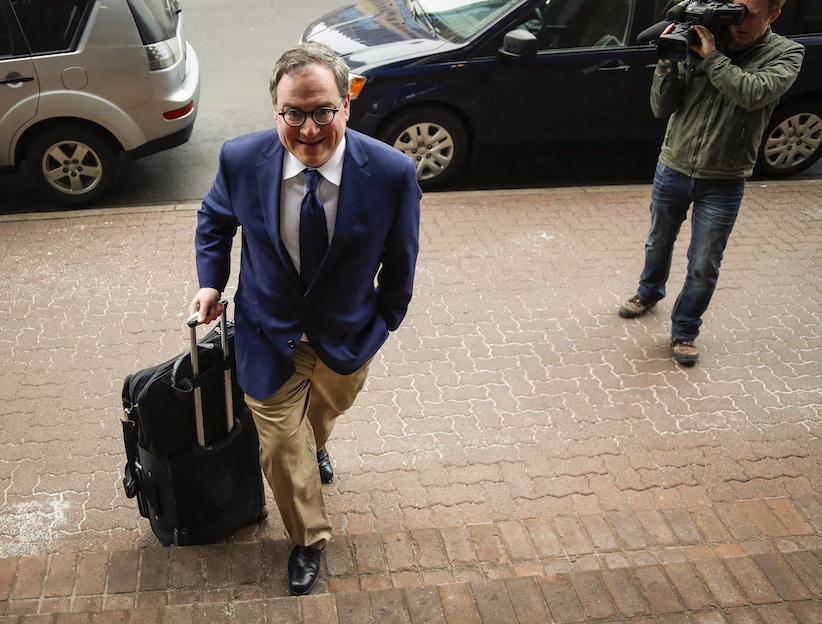 Planning for retirement can be tricky. There are the evergreen-for-the-greying questions: “How much money will I need?” “When can I afford to retire?” “Should I sell my home to realize the gains now, or stay in place and take the chance that house prices will fall?” “Do I have to start going to Florida? Is that a law? Do those happy couples that walk up and down the beach around Panama City wearing matching tracksuits know each other before they get to the beach, or do they just get onto the beach each day and find the person they match with and just start walking together?”

And now, thanks to Ezra Levant, it turns out another question must be answered: “Should I hand my life savings over to a B-list Canadian media personality with the Midas touch, if King Midas were a mythological Greek figure who had wished for everything he touched to end in a desperate public relations campaign to disassociate himself from anti-Semites, without alienating too many anti-Semites?” This past December, Rebel Media, helmed by Levant, established the “Rebel Freedom Fund,” an RRSP-eligible retirement savings fund for fans of his Youtube channel and media site. The fund, the website proclaims, “is intended to be suitable for anyone who wishes to participate in both a financial and ideologically based investment.” Anyone, that is, with a minimum $5,000 to invest.

There is something so last-gasp, or more accurately, last-grasp, about this whole endeavour. It feels as if the first draft of the plea read, “Will your money help restore dignity to the Rebel? No, we’re RRSP-qualified, not miracle workers, but for less than $12 a day, you can ensure that the next time Ezra Levant has to walk back a racist paranoid rant about ‘gypsies’ or fire one of the Rebel’s reporters for palling around with white supremacists too openly, we’ll splash out on a really nice suit for the guy or something.”

The fund’s promotional video, which showcases Levant and Dale Wells of Wells Asset Management—the firm that promises to manage the fund—invites Rebel fans to “Help the Rebel Grow,” and, interestingly enough, it gives the impression they are issuing this invite from a grotto.

Wells appears, through the magic of green screen, to be standing in front of a dimly lit wall of what Home Depot sells as “Faux Grand Heritage Stack Stone Panel.” The videos aesthetic is pure “long-turned-off fountain wall just inside the door at small-town family-style restaurant, circa 1976.” A dramatic “Please pretend you’re watching cable news and not our Youtube channel” transition brings us to Levant in front of what looks to be a different stone wall-turned-fountain, but from the the same line.

Did I want to give these men, addressing “anyone who’s interested in making a conservative ethical investment,” my money? No. But watching their video, I did want to nostalgically throw some pennies at the pool I imagined to be at their feet and then order a BLT with fries and a glass of orange pop if my mum said I could.

Given that the fund they’re promoting in this video is, as Ezra says, “substantially geared to investing in Rebel projects such as film and television-style programming, online apps and even real estate-related projects such as studios,” the production values alone should alarm potential clients; it’s like being asked to invest in a new airline by a limping man in an open parachute.

“We don’t invest traditionally,” boasts Wells, who has a bit of a history with the Investment Industry Regulatory Organization of Canada, about his team effort with Levant, whose journalistic career could best be described as one long retraction. We are told that the fund has a “4 per cent target for our rate of returns on investment.” To which I can only say: if I tell you I have a plan to dance Odette at Sadler’s Wells, buying me $5,000 pointe shoes would still not be a prudent investment. There are so many red flags attached to this thing I just have to hope the old bulls don’t take out reverse mortgages.

There will, and always have been, people who are compelled to give Ezra their money. But please allow me to showcase some better options. For example, while it’s said that “love of money is the root of all evil,” there are better ways to show your indifference to your cash than forking your helpless funds over to Ezra Levant. Why not try being emotionally withholding with your money? Leave books on bartering, Bitcoin and the “gift economy” lying around the house where your money can’t help but notice them. “Accidentally” light an old five-dollar bill on fire as a warning to any currency that might be getting the wrong idea.

Or: Have you considered putting a minimum of $5,000 in a blender? Worst case scenario, you’ll be out five grand and everyone who finds out about your “investment” will think you’re an idiot, but at least you won’t have contributed to a three-minute-and-twenty-second-long video earnestly warning how the “white flag of moral surrender” in the form of a novelty “Cheaters Edition” of Monopoly is going to turn the world’s children into essay-plagiarizing, steroid-taking Marxists. Best case scenario, you become the face of a new viral marketing campaign promoting high-end blenders, and you achieve this without funding breathless reporting on “Tony Blair’s secret plot to flood U.K. with migrants.”

Finally, please considering putting your savings in my Tabatha Would Like Your Money Fund, which will invest in exciting Tabatha-related projects like Hmm, I Could Go For A Sandwich Right About Now, Oh Look, There’s A Subway and No, There’s Isn’t Such A Thing As Too Many Dog Toys And Look How Excited My Puppy Gets When I Bring Home A New One, Who’s A Good Girl? Who’s A Good Girl? This Puppy-Inspired Impulse-Purchase Fund promises a zero per cent return on investment—but as an added bonus, we can guarantee that that’s the same percentage of your money that will go to funding sweaty men in tank tops wandering through the streets in Israel enumerating the things they “hate about Jews.”