Is Canada ready for the next big wildfire?

Edward Struzik: The California fires are a harbinger of things to come in Canada—the risks are extreme, and we're fighting the blazes with old strategies 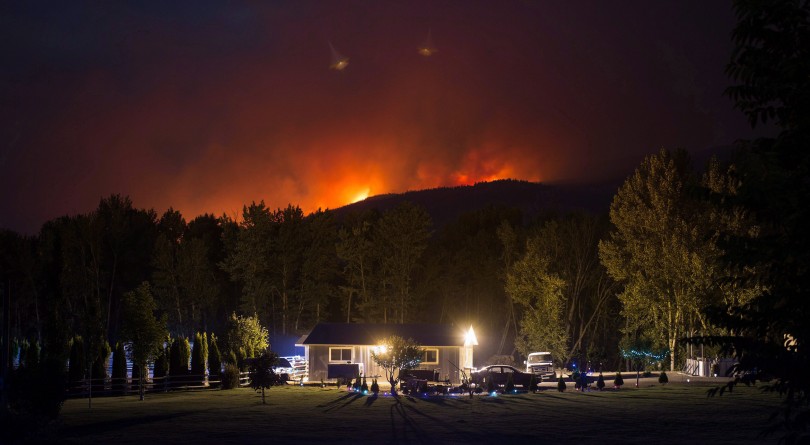 Edward Struzik is a fellow at Queen’s Institute for Energy and Environmental Policy at Queen’s University in Kingston, Ont.

Southern California is recovering from its worst fire season ever, the second in a row. By all accounts, it is going to get a lot worse as the climate continues to heat up and as the cyclical nature of drought resumes its sometimes unpredictable course.

Everyone assumes that California is an anomaly. It isn’t. It’s a harbinger of what we can expect more of in Canada—maybe in 2019, but almost certainly in the years ahead. Here’s why.

Apart from the Oakland Hills fire in 1991, which killed 25 people and burned 3,500 homes and structures, California didn’t have a serious wildfire problem until 2003, when the Cedar fire burned a record 273,247 acres of forest. Since then, 14 of the state’s biggest conflagrations have occurred.

Many parts of Canada are on a similar trajectory. The area of forest burned in Canada has doubled since the 1970s, and big, head-spinning fires like the ones in the Northwest Territories in 2014, Fort McMurray, Alta., in 2016, and British Columbia in 2017 and 2018 are on the rise.

There are many reasons why we’re going to see more of this, and why 2019 could be another year of extreme fire: a lazy jet stream, El Niño, climate change, drought, human activity and the limits of firefighting resources all figure into it.

The jet stream is a fast-flowing river of air that snakes around the northern hemisphere at altitudes of up to 12 km, creating highs and lows and dragging weather along with it. It is powered by the difference in temperature between the cold Arctic air and the warmer air to the south. As the Arctic warms up and the temperature differences diminish, the jet stream’s westerly winds weaken.

This weakening tends to amplify its north-south swings, which send cold Arctic air much farther south than it normally travels, and holds it there longer than it might typically stay. This may have contributed to the so-called “ridiculously resilient ridge” that hunkered down over most of California in the fall of 2017 during the La Niña cycle, persistently redirecting wet Pacific weather northward to Alaska, which got a record 101 cm of very wet snow in just 12 hours.

It may also have been the reason why the fire seasons in British Columbia in 2017 and 2018 lasted as long as they did.

There is no sign of the Arctic cooling down in 2019 and reinvigorating the jet stream. But there is an 80 per cent chance that we’ll be entering an El Niño cycle this winter, similar to the one in 2015-2016 that resulted in western Canada experiencing a mild winter followed by a dry, warmer-than-normal spring. Along with drought that had reduced moisture levels the previous year, that’s what set Fort McMurray up for the fire that ended up being the country’s costliest natural disaster.

Climate change raises the risk of fire even further, especially in western Canada in an El Niño year. The warmer the temperatures are, the drier the forests become. That is because the atmosphere is capable of holding more of the moisture that would normally go toward quenching the thirst of highly stressed trees. More precipitation could compensate. But for every 1° C rise in temperature, 15 per cent more rainfall is needed to restore balance. That’s unlikely to happen.

Warmer temperatures also tend to spawn more lightning, which accounts for a third of the fires in the boreal forest of North America and 85 per cent of the area burned.

A hint of what’s to come for the boreal forest of Canada occurred in 2016, when heat and smoke from the Fort McMurray fire created its own thunderstorm on a blue-sky day. Lightning from that storm ignited a cluster of fires 34 km away. No one had seen anything like that before.

Another hint of what’s to come occurred in 2015, when a slow-moving thunderstorm crossed the interior of Alaska’s boreal forest. It produced 61,000 bolts of lightning—15,000 in one remarkably electric day. The lightning strikes triggered 270 fires.

Imagine a storm like that moving slowly across Ontario’s boreal forest, from Kenora or Red Lake toward Sioux Lookout and Timmins.

The next big fire may be started by an illegal or unkept campfire, sparks from a transmission line or dry twigs rubbing up against the muffler of an all-terrain vehicle. Humans are responsible for most fires that burn in Canada.

In my book Firestorm: How Wildfire Will Shape Our Future, I describe a theoretical scenario such as this unfolding in Banff, Alta., during a long hot summer when there are 25,000 tourists in the town of 9,000.

READ MORE: Why Fort McMurray residents were the real heroes of the fire crisis

About 1,500 people are hiking up Sulphur Mountain or riding a gondola to the top. Sparks from an illegal campfire down below light up an old-growth forest that hasn’t burned in more than 125 years. It takes just 20 minutes for the fire to reach the top—too fast to get everyone out safely.

As the fire engulfs the mountaintop, embers rain down on the town below. Trees, fences and cedar-shake rooftops catch fire. Outside firefighting resources have trouble getting into town because there are 25,000 people trying to get out.

It’s not just Banff that may be in harm’s way in 2019 and beyond. It could be Prince George, B.C., or Whitehorse, Timmins or Sioux Lookout, or any one of the hundreds of cities and towns that are situated in or alongside a forest.

And when the next big fire comes, firefighters will still be using decades-old tools and strategies to deal with the conflagration because we haven’t invested enough in wildfire science, new firefighting strategies or enacting better building codes that make communities more resilient to fire.