Is it time to abolish provinces?

Scott Gilmore: This middle tier of government makes no sense in an increasingly urban Canada, and its distorting effect on our politics will only get worse 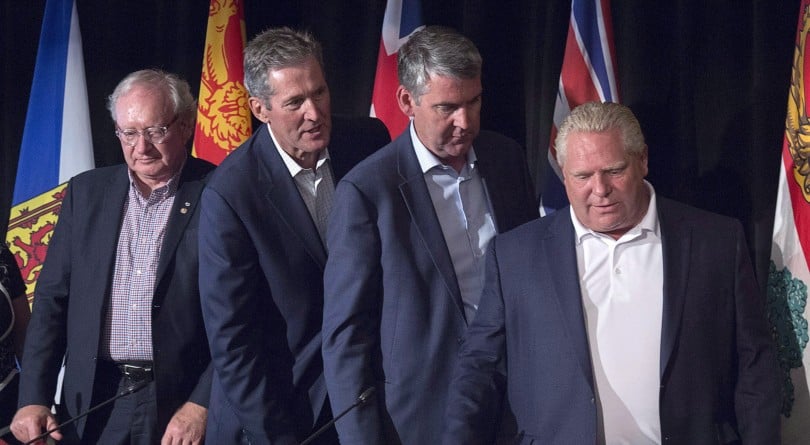 Provinces are anachronism that have long outlived their usefulness and should be abolished. I recognize this sounds melodramatic, but hear me out.

Provinces made sense in 1867. When Canada was born, the country may have been smaller, but the distances were far greater. It took days to get from Ottawa to New Brunswick, and British Columbia was weeks away. Centralized government was simply not possible. Devolving authority to regional governments, in distant Victoria for example, was unavoidable.

So, the dominion was divided up along mostly arbitrary lines marking the logistical and administrative limits of regional officials in 1905. Thankfully, this is no longer an issue. With jet travel and telecommunications civil servants don’t need to be within a day’s horse ride of the public they serve.

When our provincial system was established over 80 per cent of Canadians lived in rural settings. The scattered population of northern Ontario could not be expected to organize itself into self-managing municipal governments if everyone was 10 portages away from each other. In those circumstances, provinces had a useful role to play making sure a road eventually made its way to Sioux Lookout.

But once that road was built, everyone moved to Toronto. Now 80 per cent of the population lives in cities—where their public services are managed by increasingly important and justifiably influential municipal governments. The provincial legislatures, by contrast, are governing over increasingly empty tracts of land.

And these 13 different legislatures, scattered from the Arctic to the Maritimes now oversee 13 different bureaucracies, replicating the same services 13 different ways. Instead of having one unified approach to health care, we have a patchwork of systems that work in some cases and don’t in others. The medium wait time for a medically necessary treatment is 26 weeks longer for a Canadian living in New Brunswick than it is for someone in Ontario. A math teacher in Quebec is armed with 225 hours of university training in the subject—in other provinces it is less than 18 per cent of that. In some provinces you can buy a beer on Sunday evening. In others, don’t even think about it. For a population our size, this replication and disparity is not just inefficient, it is ridiculous.

We also have 13 different natural resource regimes, tax policies, labour laws and manufacturing codes. Foreign investors navigate our bewildering 19th century administrative system at their peril. The interprovincial trade barriers make it worse, and not just for foreigners. It is more difficult for a company based in Ontario to do business in Quebec, than it is for a German company to operate in Spain.

One of the more damaging legacies of the archaic provincial system is that it has encouraged regional chauvinism and, in the case of Quebec, has exacerbated linguistic divides. Without provinces, Francophone and Anglophone Canadians might have actually co-mingled, instead of retreating into what are effectively separate enclaves, which in turn contributed to alienation and a siege mentality that almost led to separation twice.

If the fathers of confederation were sitting down now to design this country today, they’d find no reason for a middle tier of government. But, unfortunately, we still have provinces. And their continued existence is creating some very strange circumstances. Consider Prince Edward Island. In 1867 it was a relatively important region. It now has an economy smaller than the town of Sudbury, Ont. And yet, because it still enjoys political status comparable to Ontario, it has more Members of Parliament and Senators per capita than anywhere else in the country. In fact, a voter in PEI sends 4 times as many representatives to Ottawa than a voter in Toronto might.

If we were a rational people, we would accept a 21st century country has different governance needs than the rag tag colony carved out of the bush 150 years ago. We would eliminate provinces, shifting their responsibilities either up to the federal level, or down to the municipalities. (And, at the same time, we would likely allocate more powers and responsibilities to Indigenous communities.)

But we won’t. Canadians are a very conservative people—we run away from change. “Why would we get rid of provinces? We’ve always had them and they’ve worked fine so far” would be the almost universal response if this became an issue for real debate in the foreseeable future.

And, the vested interests of provincial governments and rural politicians would shout down any attempts by urban Canadians to fix the balance of power. Quebec on its own would kill any effort to dilute provincial authority. Of all the regions in the country, it has mastered the art of using the disproportionate power of the provinces to wrest money and authority from Ottawa.

Nonetheless, if the demographic and economic trends of the last century continue, Canadians will keep moving to cities and will bring their dollars with them. At the same time long-distance communication and travel will continue to shrink distances—turning the once enormous reaches of rural Canada into an almost compact neighbourhood. Inevitably, regional government will eventually become too obviously archaic to continue, and we will finally get rid of them.

But that day is not here nor is it coming soon. In the meantime, let’s at least recognize the provinces for what they are: vestiges of an agrarian era that distort our politics and hinder our ability to evolve as a nation. And treat them accordingly.