Is it time to change up Team Trudeau?

Stephen Maher: The PM can't afford more sloppy mistakes and he may not be getting the stern warnings he needs to rein in his worst impulses 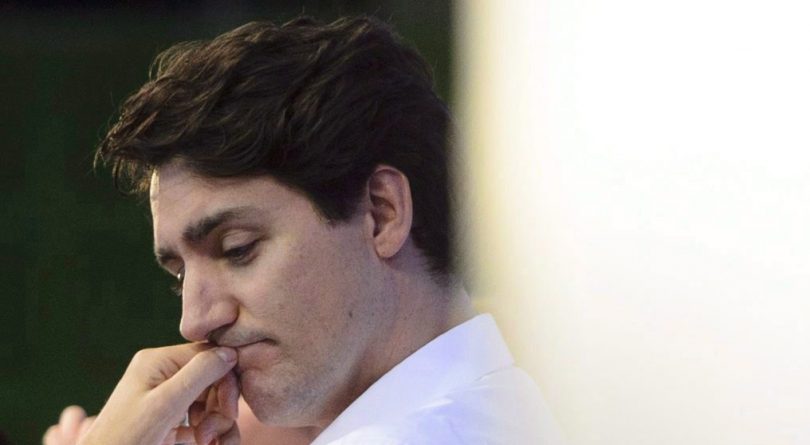 Prime Minister Justin Trudeau listens to a question as he takes part in the Young Changemakers Conclave 2018 in New Delhi, India on Saturday, Feb. 24, 2018. (THE CANADIAN PRESS/Sean Kilpatrick)

On Feb. 6, the sneering British gasbag Piers Morgan wrote a column for the Daily Mail—the world’s biggest English language online newspaper—in which he mocked Justin Trudeau for a comment he made at an Edmonton town hall.

Trudeau had jokingly corrected a long-winded questioner who used the word mankind.

“We like to see ‘peoplekind’ not necessarily mankind,” Trudeau said, to laughter. “It’s more inclusive.”

Morgan, who specializes in this kind of thing, denounced Trudeau as “the worst kind of hectoring, bully pulpit smart-ass; dripping with virtuous self-aggrandizing sanctimony.”

While that was happening, Trudeau was in the last stages of planning his week-long trip to India, which consisted almost entirely of photo opportunities for Trudeau and his spouse and children.

While the Trudeaus were packing trunks full of colourful Indian costumes, the Morgan story was going viral, getting 33,000 shares, much higher than Morgan’s columns usually get. Other outlets around the world piled on.

I think the whole thing was stupid, since I believe Trudeau was joking, but that doesn’t really matter. What matters is that the incident demonstrated that the world media had grown tired of the story about the adorable feminist prime minister with a six-pack, and was ready for the story about, as Morgan called him, a “complete and utter politically correct plonker.”

Trudeau and his key people—chief of staff Katie Telford and principal secretary Gerry Butts—have done an extraordinary thing in a short time, making the third-party critic for amateur sport into a recognizable figure around the world. Mention Stephen Harper in Mexico or Italy and you get blank stares. Mention Trudeau and people immediately know who you are talking about.

This global brand-building triumph—with fawning coverage in media outlets around the world—is great for Canada, because it opens doors for the Canadian government around the world. If you are a global leader and you have a chance to be photographed with Trudeau or French President Emmanuel Macron, you’ll likely be more excited about Trudeau, even though Macron runs a more important country, because the media will be more excited about Trudeau than Macron, and politicians are very fond of having their photos distributed.

But when Trudeau arrived in India, he was met at the airport not by Prime Minister Narendra Modi—who went to the airport for Macron on Friday—but by a secretary of state for agriculture.

After that inauspicious beginning, the trip went downhill. The Trudeaus were photographed at the Golden Temple, the Taj Mahal and the Swaminarayan Akshardham temple, ticking off boxes for Muslim, Sikh and Hindu voters in Canada, but although the greeting on the street was positive, Indians started to make fun of the Trudeaus and their elaborate costumes.

By playing dress-up, or trying to express their profound appreciation of yoga, they started to look silly.

It is astonishing that Team Trudeau didn’t see this coming. The standard routine for this kind of trip is fly in, have meetings for a day or two, then sneak in a few photo ops. This trip looks to have been planned as a family photo-op vacation.

Given that the world media had recently showed an appetite for making fun of Trudeau, you’d think someone would have looked at the trunks of fancy clothes and said, “Boss, this is maybe not the best idea. People might laugh. And remember, we can only justify this whole vote-seeking exercise if we appear to be doing some useful work for Canadian chickpea farmers.”

There are moments in the evolution of a brand when the people running it have to change their game, get better at issues management, because the brand is subject to new pressures.

Think of Apple, long the underdog hero of the computing world. Eventually, when it became a behemoth, it had to start dealing with challenging stories about fishy Irish tax arrangements and the curious way that iPhones have of slowing down when new models are introduced.

Trudeau is at a similar point. He remains an asset for his government, but he is a less valuable asset than he was before he went to India, because he has appeared ridiculous in the world media. The Daily Mail is going after him hard, which means he is walking around with a target on his back.

The way that he has defended his trip has not helped, particularly after it was revealed that Canada invited former terrorist Jaspal Atwal to diplomatic functions and the prime minister’s national security adviser told reporters that Indian skulduggery—not sloppy Canadian vetting—was to blame.

And then, when the whole thing was finally dying down, Sophie Gregoire did an ill-advised interview with CTV’s Don Martin, saying the trip “went well,” which it did not.

The Trudeau government needs to show more discipline. I don’t know whether his senior staff warned against his foolhardy vacation to the Aga Khan’s island, or his passage to India. If they did, he needs to start listening to them. If they didn’t, he needs to bring in someone who will give him firmer advice.

Telford and Butts are talented and close to Trudeau. They couldn’t have made him what he is today if they were not. But they may be too close to him to deliver the stern warnings he needs to get him to rein in his worst impulses, which seem to involve travel to exotic destinations.

Trudeau can’t afford more sloppy mistakes,  but there are ways to get past this stuff.

He has a lot of international travel coming up and is hosting a G7 summit in Quebec in June. These are opportunities to show that he has learned from his mistakes by showing up on the world stage and saying a lot of boring things about the importance of trade and the excellence of Canadian chickpeas, hopefully, in a boring blue suit.