Is price fixing a major problem in Canada?

Opinion: Despite the righteous outrage over an admitted scheme to fix the price of bread, the reality is that Canada's system largely works 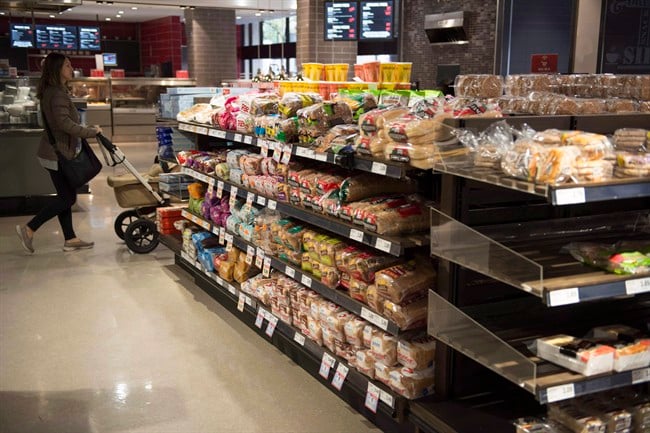 Various brands of bread sit on shelves in a grocery store in Toronto on Wednesday Nov. 1, 2017. The Competition Bureau’s investigation into allegations of bread price fixing includes at least seven companies including Loblaw and Weston Bakeries, according to court documents. THE CANADIAN PRESS/Doug Ives

James Brander is a professor at the University of British Columbia’s Sauder School of Business.

What do auto parts, chocolate, computer memory, credit card services, and polyurethane foam have in common? One thing is that they have all been among the many subjects of recent price-fixing cases in Canada.

Most price-fixing cases do not generate much media attention. However, recent news that major Canadian grocery chains are being investigated after allegations of fixing bread prices—after an admission by Loblaw—seems to have struck a nerve.

Is price fixing a larger problem in Canada than we realize? What is the overall cost to consumers? And is there enough enforcement effort? The bread price-fixing conspiracy apparently survived for 14 years and came to light only after voluntary disclosure by a participant. Was no one paying attention?

The reality is this: while improvements are possible, Canada’s approach to price fixing works well—and the country actually remains an exemplar to the rest of the world in this area.

Price fixing has been illegal in Canada since 1889, when Canada adopted the world’s first modern competition law, one year before similar legislation in the United States. Concerns about price fixing go back even further. The father of modern economics, Adam Smith, famously wrote in his 1776 treatise The Wealth of Nations that “people of the same trade seldom meet together, even for merriment or diversion, but the conversation ends in a conspiracy against the public or in some contrivance to raise prices.”

Smith emphasized the value of private enterprise, free markets, and competition. It took a long time, but laws designed to promote competition by preventing price fixing and other anti-competitive practices are now the global norm.

However, price fixing is hard to detect and difficult to prosecute. The popular 2009 movie The Informant provides a humorous but fairly accurate account of an FBI investigation into price fixing of lysine, which is used in animal feed. In it, a high-level “whistle-blower” cooperated with the FBI for three years, including wearing a “wire” and setting up video recordings of price-fixing discussions. While this case resulted in jail sentences and large fines, the difficulty is that whistle-blowers are rare, and, as illustrated by the movie, the investigative resources needed are substantial.

In Canada, price-fixing is investigated by the Competition Bureau, a federal government agency. Its work has led to both large fines and a few prison sentences. But the Bureau has limited resources; it can investigate only a small number of cases and does not retain the fines it generates, which go into general government revenue. Increasingly, the Bureau cooperates with U.S. and other authorities on international price-fixing conspiracies. In the lysine case, Canada was able to “piggyback” on the U.S. case and obtain large fines from the conspirators based on their sales of lysine in Canada. This latest case may be an indicator that the Bureau should receive more resources to closely monitor markets with unusual pricing patterns or with prices that rise more rapidly than in comparable markets.

MORE: Loblaw could owe you much more than $25

An additional avenue for enforcement of competition law is private lawsuits. Typically, a large group or “class” of purchasers harmed by price fixing act together to bring a “class action” lawsuit against the accused parties. Such “private enforcement” is more significant than government enforcement in both the number of cases brought to court and in the size of the penalties imposed. For example, after producers of DRAM computer memory admitted to price-fixing in U.S. cases, the Bureau initiated a preliminary investigation but soon closed it. However, a Canadian class action against these producers, based largely on U.S. evidence of an international price-fixing conspiracy, led to settlements of almost $80 million in Canada. Law firms who work on these cases get a share of such payments, but most of the money goes to purchasers of the affected products.

For every price-fixing case that gets to court, there are probably several more that go undetected. However, even undetected price-fixing agreements are hard to maintain, as participants often cheat on the agreement. And, more importantly, the probability of getting caught and paying large fines is high enough to act as a significant deterrent.

As a result, the vast majority of sellers in Canada do not engage in price fixing, and relatively few products are affected. Cases are fairly common in that several usually come to light every year, but that number is small compared to the thousands of different products that consumers buy.

Overcharges due to price-fixing are typically somewhere between 10 per cent and 50 per cent of the purchase price. But because only a few products are affected, the total effect of price fixing (including both detected and undetected cases) is certainly less than one percent of total consumer expenditure—probably much less. The total overcharge is still at least hundreds of millions of dollars per year, but since there are over 14 million households in Canada (comprising over 36 million people), the effect on any one household is small.

The bread case has rightly sparked significant outrage, and it does illustrate a failure or at least a weakness of the current enforcement system for price fixing. But as with all areas of criminal law, some serious crimes go undetected for a long time. In this case, the system did eventually work, and the Bureau’s policy of more lenient treatment for voluntary admissions of price fixing likely helped—as will the substantial punishment to come, a reminder for other companies of the potential costs of price fixing. Ultimately, largely because of such enforcement, Canadian consumers enjoy a generally healthy and competitive retail environment.