David Moscrop: The UCP leader made some big promises en route to victory. They may serve as a test for just how resilient the Blue advantage is in Alberta. 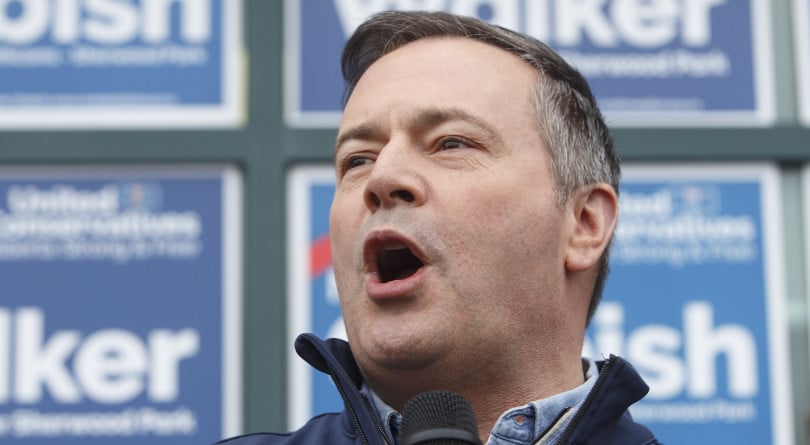 Kenney speaks at a rally before the election, in Sherwood Park, Alta, on Monday, April 15, 2019. (THE CANADIAN PRESS/Jason Franson)

On Tuesday night, the United Conservative Party won a majority in Alberta. Now, after four years in power, the New Democratic Party will be the province’s Official Opposition—through very little fault of its own. Many people may be disappointed in the result. No one should be surprised.

Indeed, as Jason Markusoff suggested, in 2015 Rachel Notley’s goal was to be opposition leader. But the NDP jumped fifty seats from its 2012 performance, winning 40.5 per cent of the vote against a fragmented right split into the Wildrose and Progressive Conservative parties, and forming government. In the same election, the PC’s dropped a staggering 61 seats and the combined right-wing parties managed just 30 seats between them. But they commanded around 52 per cent of the vote.

Elections are often decided by several factors including retrospective evaluations of government performance, campaigns, scandals and unexpected events, but the structure of the space in which these things take place count for a lot—sometimes nearly everything.

READ MORE: Jason Kenney and the UCP sweep to majority in Alberta election

As political scientist Daniel Westlake points out, Alberta has long been firmly and structurally Blue with conservative parties averaging roughly 60 per cent of the vote after 1997, which has resulted in “a majority of the vote” going to them “in about 70 per cent to 80 per cent of ridings.”

The fragmentation of the right roughly a decade ago upset that pattern but the conservative politicians soon realized that a fragmented right was bad for business and undertook the difficult but rewarding work of getting the old band back together. That effort paid off.

Alberta has long been governed by conservatives, even if the contemporary population is plenty progressive on social issues. Past immigration from the United States, resources politics, anti-Ottawa or anti-establishment sentiment, and other factors contribute to blue dominance in Wild Rose Country—even if forces including evolving political attitudes, urbanization and shifting economic structures could re-arrange the electoral map down the road.

The 2019 election in Alberta wasn’t interesting because the UCP won and the NDP didn’t—even as the former was plagued by scandal and plenty of questions about the character of the Jason Kenney, the party’s leader, and of many of his candidates. That was to be expected because of the economic, political culture and electoral structure of the province. That combination of factors is decisive for the right.

What’s interesting is that Kenney, soon to be officially premier, has raised expectations about what he can and will do for the province that will serve as a test for just how resilient that structural advantage is in years to come.

Kenney has made some big promises—casting himself as a pipeline wizard, threating to “turn off the oil taps” to British Columbia in the process, promising to hold a referendum on the federal equalization scheme in 2021 if things don’t go his way, and opposing Ottawa’s carbon tax. He’s playing Russian roulette with the federation—although that has paid off for politicians in Alberta and in other provinces for years.

There is no guarantee that, as premier, Kenney will be able to deliver the goods for his province any more successfully than Premier Notley, a competent and capable leader, did. And if he can’t? Then what?

If conservatives in Alberta live by the structures of electoral advantages, they may die by the structures of political forces outside of their control. The province is a significant voice at the federation table, but it can’t simply direct Ottawa—or any other province for that matter (ahem, B.C.). Nor can it control the global price of oil and gas or other factors that might affect the resource-sector’s boom and bust cycle or the province’s balance sheet, including the effects of climate change.

Electoral structures can and do change. What is and will continue to be interesting is how the UCP and Kenney imagine Alberta’s future and govern the province towards it in a world that may change more in the next 20 years than it has in the last 70.

Once the process stories and the high-drama of personalities amplified during an election ebb, we’ll begin to find out, and we might soon learn that in the long run, past isn’t always prologue. And in the years to come, we might see some very different election nights.