Jody Wilson-Raybould: My vision for the future of the Charter 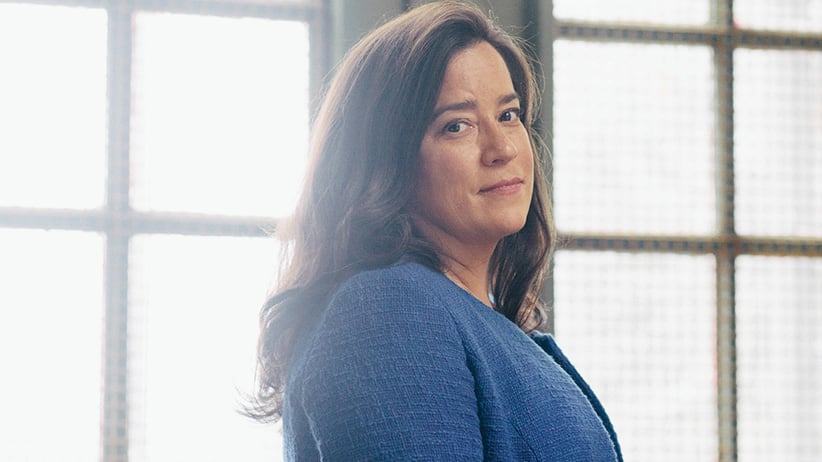 Jody Wilson-Raybould is the Minister of Justice and Attorney-General of Canada.

The Canadian Charter of Rights and Freedoms celebrates its 36th anniversary on Apr. 17—but the story of our Charter didn’t begin 36 years ago. It started when the world recognized basic rights and fundamental freedoms through the Universal Declaration of Human Rights after the gross denial and violation of them in the Second World War—the best and worst, respectively, of human capacity.

To this day, the Universal Declaration remains an iconic affirmation of our capacity for human good. It remains, too, a ready reminder of the many ways in which human rights are declared for everyone, but not everywhere recognized.

Our Charter is Canada’s Universal Declaration: our vision of freedom within the human family. Over the past 36 years, it has inspired a culture of rights within our governing institutions and within our peoples.

The transformative change brought about by the Charter is also in important ways owed to the leadership of our courts. The global reputation of our Charter now also stems from the jurisprudence that now underpins it. That jurisprudence is the result of individuals and groups seeking respect for their rights before our courts and of the courts, in turn, affirming the political and legal priority of our rights.

There is no question that the past 36 years of judicial application of the Charter has strengthened our laws and our policies and made our country better. But what of the next three-and-a-half decades? What will mark its success?

The success of our Charter should now increasingly be measured by political leadership. The success of the Charter’s future will be advanced by the ability of our elected leaders to demonstrate that respect for Charter rights fully guides the development of our laws and policies, and how the government relates to and interacts with all Canadians.

As an elected leader and a cabinet minister myself, it is with great humility that I see my role in this work. Underlying the role of minister of justice and attorney-general of Canada is the incredible privilege and duty to be an ambassador of the Charter. In that regard, the Charter is not a constraint on the actions we take under threat of judicial review, but rather a guide for respecting the rights of Canadians within the activity of governing.

Political responsibility for the Charter has motivated our commitment to re-establish an expanded Court Challenges Program, to repeal those laws declared unconstitutional by the Supreme Court of Canada, and demonstrate with a statement tabled in Parliament for every new government Bill why it complies with the Charter.

But I am the first to acknowledge that we have more to do.

Apr. 17, 1982 marked not only the beginning of our Charter, but also the “recognition and affirmation” of Aboriginal and treaty rights in section 35 of our Constitution. It states:

35. (1) The existing aboriginal and treaty rights of the aboriginal peoples of Canada are hereby recognized and affirmed.

(3) For greater certainty, in subsection (1) “treaty rights” includes rights that now exist by way of land claims agreements or may be so acquired.

(4) Notwithstanding any other provision of this Act, the aboriginal and treaty rights referred to in subsection (1) are guaranteed equally to male and female persons.

But the original vision—that political conferences would chart the course for the implementation of section 35—was never realized. Over the past three and a half decades, Indigenous peoples have taken to the courts to achieve basic recognition and implementation of their rights. And the courts have responded, time and again, through hundreds of cases, that those rights are important, have meaning, and are far-reaching.

The story of the past 36 years has been the story of Indigenous peoples having to advocate for the judicial recognition and implementation of their section 35 rights. That is because successive governments had carried on past tendencies to deny the existence of Indigenous rights and treat these rights differently than other rights, such as Charter rights. When we think or speak about freedom of expression, freedom of religion, or equality, we have a deep sense that these rights are part of what makes us uniquely Canadian. We do not question the existence of these rights—rather, we celebrate them and organize government to respect them. In the case of Indigenous rights, the Crown has too often put the onus on Indigenous peoples to prove that their rights exist through long and expensive litigation.

Here again, transforming this reality lies in political leadership—leadership by the Crown to transform outdated laws, policies and practices, and to partner with Indigenous peoples to forge new patterns of collaboration and understanding. The promise of section 35 is reconciliation; it is a promise that does not lend itself to fulfilment through the courts. Reconciliation can be fulfilled only through respectful nation-to-nation, Inuit-Crown, government-to-government relationships based on the recognition of rights.

Like all rights, Indigenous rights have real meaning only when we respect and apply them through our institutions, create space for their implementation, and foster respect for them in our communities. In February, Prime Minister Trudeau announced before the House of Commons that we will be developing, in full consultation with Indigenous peoples, a recognition and implementation of rights framework. This is one of many steps that government and Parliament must take in order to chart a different future for section 35. It is a significant step and, if done right, it will be a transformative one.

The history of Canada is the story of building a human rights community in a context of tremendous diversity. That story is incomplete. But no matter the challenges, we know that the path to a more just society cannot be the work of courts alone.

MORE ABOUT CHARTER OF RIGHTS AND FREEDOMS: