Kamala Harris is no friend of the community

Andray Domise: Harris’s status as running mate to Joe Biden is indeed historic. But representation does not imply loyalty or any degree of respect to Black and brown communities beyond the superficial. 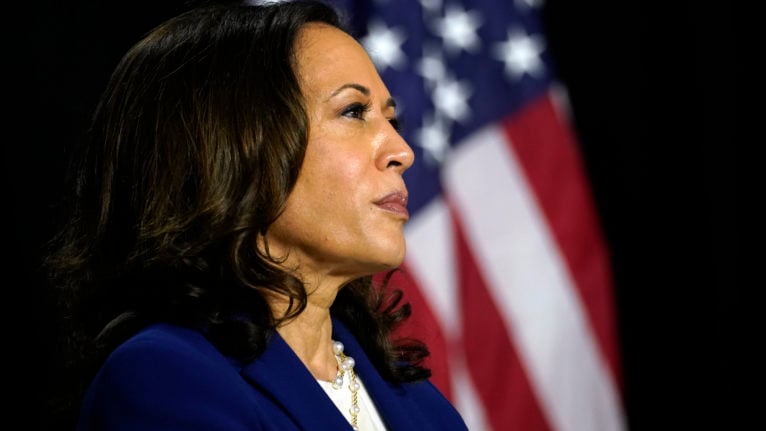 In late 2009, Sharon Woo, an assistant San Francisco district attorney and well-known drug prosecutor, sent an e-mail to a superior regarding the conduct of San Francisco Police Department (SFPD) crime lab technician Debbie Madden. According to the e-mail, the assistant DA gathered that “Debbie is unhappy with the lab and strategically picks days and times to be sick which have the greatest impact on work,” and that Madden had become “increasingly undependable for testimony.”

Not long afterwards, a fellow SFPD technician noticed that envelopes in her bin, containing drug samples awaiting testing, appeared to have been tampered with. She asked if Madden had anything to do with it, and after first denying the tampering, Madden admitted to having rifled through the bin. A rapid unravelling of events led to an investigation into Madden’s conduct, producing evidence that she had taken samples from the lab, possibly for her own use, and also possibly tainting evidence in the process.

This information, while known to the district attorney’s office, was not disclosed to defence attorneys.

MORE: Kamala, Joe and the video chat that could change history

“No excuses,” said Kamala Harris said of the incident in a 2019 interview with the Washington Post. “The buck stops with me.”

From there, the dominos fell quickly. A defendant in a narcotics case filed to dismiss the charges against him for Brady violations (that is, where due process has been violated due to the state’s failure to disclose exculpatory information), and the case was attached by nearly two dozen other defendants. The district attorney first estimated the possible violation was limited to those 20-odd defendants, but the extent of the damage ballooned so rapidly that the DA’s office ended up dismissing nearly 1,000 drug-related cases—nearly 700 of them pending, and hundreds more for convictions already rendered.

MORE: Kamala Harris’s father is slamming her for making a ‘travesty’ of her Jamaican heritage

At the time, however, the district attorney’s office attempted to pin the responsibility on the SFPD, for which it was castigated by California Superior Court judge Anne-Christine Massullo in the 2010 case: “It’s not the police department who has the affirmative obligation,” said the judge at the time. “It’s the district attorney. That’s who the courts look to. That’s who the community looks to, to make sure all of the information constitutionally required is provided to the defence.”

That’s who the community looks to.

As a district attorney, the California attorney general and U.S. Senator, Kamala Harris was looked to as a pillar for America’s Black communities, and for her part, Harris has spoken plenty of responsibility: responsibility for parents, whose truant children were deemed more likely to join gangs; responsibility for recreational drug users, whose habits and addictions were not only spoiling their own communities, but fuelling narco-wars south of the border; and responsibility for the worse-off members of the community, whose involvement with and enablement of “gangs” and criminal activity needed stamping out.

And so this “progressive prosecutor” embarked on a carceral crusade, threatening the arrest and fine of parents whose children above eighth grade missed too many classes (resulting in a few dozen charges across the state, depending on the whims of local prosecutors), successfully prosecuting roughly 1,900 marijuana-related cases as San Francisco DA, and launching the “back on track” anti-recidivism program, which achieved some measure of lowering repeat offences, but saw the rise of inmates in San Francisco jails nonetheless.

The community could count on Harris to not only blame it for its own problems, and turn the force of the law in its direction, but when it came to those who posed a danger to the community, where was Harris then?

Let’s take the case of OneWest Bank, a predatory lender led by current Trump administration Treasury Secretary Steven Mnuchin from 2009 to 2015, as an example. Harris, who was California’s Attorney General at the time, declined to prosecute the bank for rather obscenely violating foreclosure rules in order to throw homeowners onto the street. Investigative journalists at The Intercept even obtained a memo including a sample legal complaint provided by the AG office’s Consumer Law Section, which Harris‘s office, for whatever reason, failed to act on.

In 2016, Mnuchin donated to Harris’s campaign, making her the only Democrat to receive any such contribution. The donation was not returned.

Or the case of Catholic clergy accused of sexual abuse against children. Harris’s DA office opted to keep church personnel files secret. In the case of Pacific Gas and Electric—a California electric utility company—and its possible culpability in California wildfires? Harris’s AG office declined to pursue an investigation into alleged illegal dealings between the company and state regulators.

And despite establishing a brand as a blistering critic of the Trump administration, Harris has not only voted to fund Trump’s war in Syria, but voted for a bill with a Hyde Amendment provision against federal funding for abortion. As California AG, Harris attempted to block gender reassignment for a trans inmate, and as a DA, Harris supported a provision that placed undocumented students in the custody of Immigrations and Customs Enforcement if charged with a crime—even if it separated them from their parents.

As the first woman of Black and South Asian descent to appear on a presidential ticket, Kamala Harris’s status as running mate to Joe Biden is indeed historic. But representation does not imply cooperation, loyalty, or any degree of respect beyond the superficial. The matter of “Black and brown communities” in this election is murky indeed, when Harris’s policy record indicates an alignment with some communities and hard-pressed against others.

At a time when Black people and communities of colour rise up against police violence and the carceral state, America’s self-declared “top cop” has certainly not been the one for any of these communities to look to for justice. And there is no excuse for that.