Debra Thompson: In many ways, Harris is the embodiment of white conservatives’ fear that the country is on the precipice of irreversible demographic and political changes 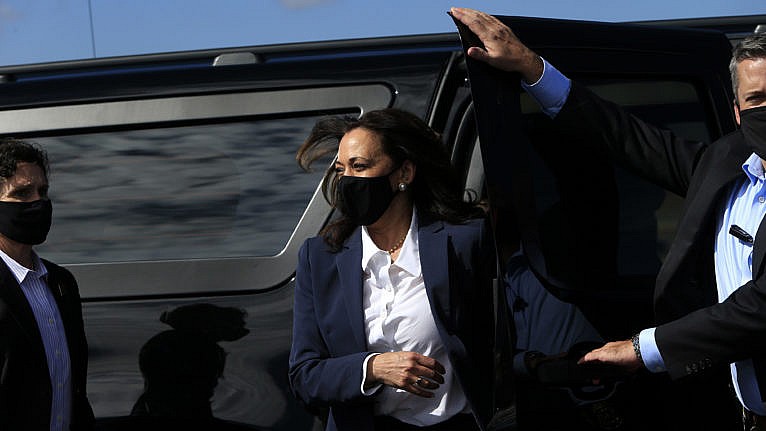 Debra Thompson is an Associate Professor of Political Science and Canada Research Chair in Racial Inequality in Democratic Societies at McGill University.

This is an inauguration unlike any other. The COVID-19 pandemic has pushed many of the usually well-attended events, galas, and ceremonies into the virtual arena. President Trump has announced he will not be in attendance, eschewing a key tradition that has long represented the peaceful transition of power from one president to the next. And, of course, Inauguration Day bears witness to a number of historic firsts as Kamala Harris assumes her new role as the first woman of colour to serve as the Vice-President of the United States.

But this Inauguration Day is also unique because it will occur in the long shadow cast by the attack on the Capitol on January 6. Last week, the secret service and other federal law enforcement agencies launched a massive security operation to prevent coordinated attacks leading up to the swearing-in ceremony. More than 20,000 members of the National Guard are on hand to aid in security efforts. Much of the National Mall, which usually holds hundreds of thousands of spectators, is fenced off and closed to the public during the event.

Though these two historic forces —Harris’s new and powerful role and the actions of an emboldened mob of Trump supporters — are not directly related, they are nevertheless, obviously connected.

On the ideological right, there are a number of studies that demonstrate that it was racial resentment, and not economic anxiety, that drove white people to vote for Trump in the 2016 election. In spite of the past four years of overt misogyny and racism, over 70 million people still cast ballots to give his administration another term. And while not all Trump voters are white, white Americans are the only population group in which the majority voted for Trump.

We don’t yet know whether Harris is as much a trigger of racial resentment as President Obama, whose very association with a particular policy could cause white conservatives to oppose it. But, as the first Black woman in the second most powerful position in the United States, it’s a safe bet that many who refuse to concede Trump’s defeat likely also believe that Kamala Harris has no business being anywhere near the White House. In many ways, Harris is the embodiment of white conservatives’ fear that the country is on the precipice of irreversible demographic and political changes, as previously marginalized groups gain access to the positions previously reserved for white men.

On the left, the politics of representation is much more complicated than it appears to be. As political scientist Melanye Price argues, President Obama had to carefully navigate the difficult terrain of authentically appealing to and maintaining electoral and governing support from both Black and white constituencies. Obama’s relationship with the Black community was intensely scrutinized for evidence of favouritism, even as he frequently admonished and condoned Black Americans in “tough love” speeches that relied on pathological claims of Black cultural deficiencies. “I’m not the president of Black America,” he once said. “I’m the president of the United States of America.”

Harris, who campaigned explicitly as a Black woman, a South Asian woman, and a child of immigrants, knows that her position as the first woman to hold one of the highest seats of the government of the United States is symbolically important. In her victory speech she confirmed, “while I may be the first woman in this office, I will not be the last. Because every little girl watching tonight sees that this is a country of possibilities.”

Symbols are one thing, but Harris, as the tie-breaking vote in an evenly divided Senate, will hold a position of real political power. Whether she will use this power or the vice-presidency to fight for marginalized communities remains to be seen. Black faces in high places rarely translate into better life chances for people in Black communities.

The inauguration of President Joe Biden and Vice President Kamala Harris is truly a momentous occasion. The revelries may have gone online, but at least we can celebrate the first woman to hold the position of vice-president and an end of the Trump administration’s politically engineered malice, misogyny, and racism. There are complications that remain, including the atmosphere of fear, the omnipresence of threat, and the real possibility that the ideological divisions in the United States are in fact chasms that cannot be bridged. But they can wait until tomorrow.