Lessons for Ontario from the 2011 federal election: The enemy of my enemy is my friend

Opinion: With polls suggesting that the Ontario NDP has lapped the Liberals for second, the 2011 federal election offers road maps for all three campaigns 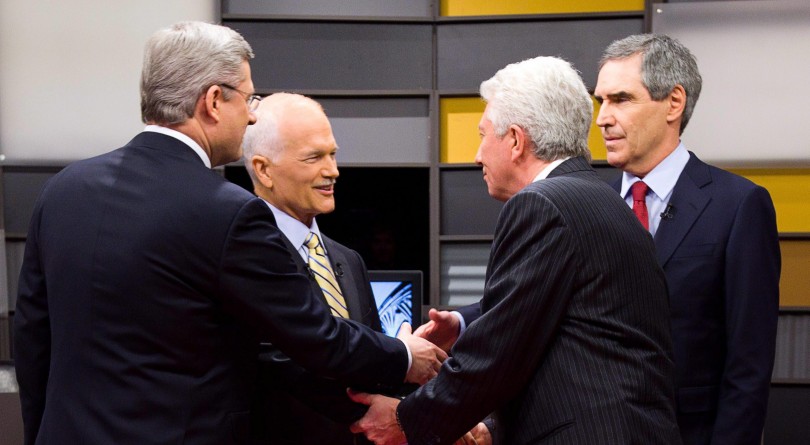 It was May 2, 2011—the last full day of the 2011 federal election campaign. I was on Stephen Harper’s plane, criss-crossing the country—starting the day in PEI, dropping by London, Ont., and then cooling our heels in a fire station in Abbotsford, B.C. for the afternoon before our last big rally.

As the staff and the media hung out that afternoon—sliding down the fire pole more than once—two well-known political reporters pulled me aside. “Are the NDP really gonna win this thing?” they asked.

They were terrified. An Ekos poll had come out earlier that day showing the NDP within three points of Harper. Smiling Jack Layton was on the march. The reporters started talking about moving investments to the U.S., tax hikes, what was gonna happen with the Alberta economy. I laughed and told them not to sweat it; these were not things they had to worry about. The election was done, and we had won, I told them. A few hours later, Canadian voters delivered a Conservative majority.

Fast forward seven years later, and the first day of the 2018 Ontario election is now in the books. Students of political history are already asking the big questions: Is this election going to make Doug Ford into 2011 Harper? Will the NDP achieve what Bob Rae did, circa 1990? Or can 2014’s Kathleen Wynne produce another miracle?

At Enterprise Canada, we’re excited to be working with Maclean’s and Pollara on a project that will hopefully give a behind-the-scenes tour of the Ontario campaign. We’ll all be trying to talk about what is happening, what’s likely to happen, and—after the campaign—try to tell you why it all happened. And the first days have already shown us what history can teach us—and not teach us—about how this campaign will roll out.

Paul Wells’s headline from that first Pollara poll says it all, and it was greeted like a CRA audit by my Liberal friends: “Welcome to third place, Liberals.” Other pollsters have since confirmed that the Liberals are facing their nightmare scenario, and the party faithful are hoping and praying they can turn it around.

In Ontario and in federal politics, we’re not as used to this dynamic as other areas of Canada where the NDP routinely challenges for a shot at governing. In Ontario, it’s been nearly 30 years since they got a sniff of power, or even challenged for second place.

The Pollara numbers tell us a Liberal recovery is the least likely outcome—not impossible, but tough. And the parallels between our current polling moment and the 2011 federal campaign—a conservative with a healthy lead, especially in the areas that matter; a NDP upstart who is telegenic and well-liked who people are seeing again with fresh eyes; a Liberal party struggling to maintain historical levels of support—could make that election serve as a primer for what’s to come.

First, it’s a reminder that there are traditionally relatively few Conservative-NDP vote switchers. They exist mostly in blue-collar towns where manufacturing is dominant, like Oshawa or Welland or in northern Ontario. Conservatives are trained to focus on fighting Liberals, and have a hard time switching gears to fight the NDP. Truthfully, in most campaigns, Conservatives want the NDP to do well. That’s the case in Ontario now—they’re just hoping they don’t do too well.

In the case of a clear NDP challenge, conservatives must change narrative, tactics, proof points and, in some cases, the target demographic for messages. You can’t overreact too much, but the way to parry an NDP attack is slightly different than that for the Liberals.

But Liberals, too, are used to scrapping with Conservatives: It’s hardwired into their muscle memory. They roll out of bed in the morning mumbling about Mike Harris and Stephen Harper before they’ve had their first coffee. They have always contended for power, and rarely have to take the NDP on. We found this out in 2011 when Michael Ignatieff was being lapped by Layton, and yet couldn’t stop yelling about Harper. Problem was, when you’re not the top alternative to the Conservative option, all the strategic voting “vote to stop so-and-so” stuff works against you.

This is the problem the Liberals are running into now. Every attack on Doug Ford moves people over to their chief rival for progressive voters: the NDP.

Indeed, in the 2011 federal campaign, the NDP was clearly in second place. Liberals were trailing badly. As evidenced from my story above, some journalists and other Canadians were starting to get their affairs in order. What happened?

Well, the NDP was way ahead in Quebec, which was a surprise to everyone—not least the NDP. Meanwhile, the Liberals were still the second-place party in Ontario—and Ontario is (usually) where federal governments are won and lost. Then the NDP started telling journalists that they were going to win seats in Ontario, Alberta, and Saskatchewan, and expand their claim in B.C. Spoiler alert: they didn’t.

We started firing away in B.C. with ads that reminded swing voters that Layton had only recently proposed a coalition with the separatists. That worked. And in Ontario, “smiling Jack” never really caught on. We continued to focus our Ontario ads on Michael Ignatieff, to the consternation of some who thought our real opponent was the NDP. The Liberals cratered and lost 27 seats, 22 of which went to the Conservatives. Despite running the most successful federal campaign in its history, the NDP only took advantage of the Liberals’ collapse to the tune of five seats.

This is different federally than in Ontario, obviously. In 2011, we could run different campaigns against the NDP in B.C. and the Liberals in Ontario because of the varying media markets. But this will happen in Ontario too, through radio ads and the precision of digital advertising. For the NDP, this will mean turning the guns on Conservatives in the north and ignoring the Liberals. For the Conservatives, this will force them to make all sorts of calculations about the NDP in the 905 region around Toronto if they continue to steal votes from the Liberals. And for the Liberals, this means figuring out when and where to switch gears, save the furniture and stop an NDP wave at their expense. They’ve already done something they haven’t done in a generation: they attacked the NDP this morning for the first time in this campaign because they lost the support of the Elementary Teachers Federation. Expect it to ramp up.

Two principles at are play here: first, don’t rely on history and muscle memory to figure out who your enemy is. And second, once you figure out who your current enemy really is, you’ve gotta figure out the story that will work. The enemy of my enemy is my friend, after all—but in this type of campaign, it’s not always clear who you should be shooting at.