Liberals and Conservatives are neck and neck

Andrew MacDougall: The deck has been stacked. All the more reason for Conservatives to stick to their campaign script—helping ordinary Canadians get ahead. 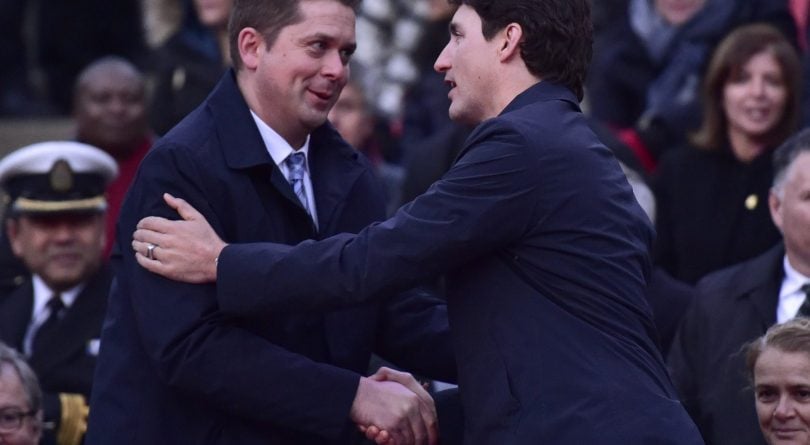 The Liberals have certainly been busy bees this summer.

Doling out billions upon billions in pre-election spending across the country? Check. Keeping an unpopular Doug Ford in the news? Check. Having the country’s top union rep—and advisor on the government’s new media bailout fund—tell his members he will keep attacking the Liberal government’s enemies in the media? Check. Testing the attack machinery (and the opponent’s defences) using an old speech of Andrew Scheer’s on gay marriage? Check. Keeping shtum on a controversial bill in a key battleground province? Check. Unveiling the party’s campaign slogan? Check.

Thanks to these efforts the Liberals remain neck and neck with Scheer’s Conservatives, despite the pesky Ethics Commissioner weighing in with his damning report on Trudeau’s law breaking on the SNC-Lavalin affair. It might not be where Trudeau hoped to be entering his bid for re-election, but it’s better than he feared he’d be after this spring’s slew of damaging SNC stories.

By deploying the enormous advantages of incumbency, the Liberals have indulged in cynical and time-tested politics. They have stacked the deck as much as possible and now it’s time to play their hand in the general election.

MORE: Jerry Dias wants to make an enemy out of Andrew Scheer

The Liberals’ summer activity ledger also happens to double as a rap sheet of Conservative pet peeves designed to provoke responses that get them into trouble. The Tories hate Trudeau’s spending but want to avoid being tagged the ‘austerity party.’ Team Scheer definitely doesn’t want to get caught out on social issues but have nothing to say capable of shutting down the debate absent a more personally credible intervention from their leader. In Ontario, Doug Ford was once hailed as an advantage in the quest to retake the province federally, but the Premier’s populist performance in office has been putrid. And how do the Conservatives speak about Bill 21 in Quebec without either angering their supporters in la Belle Province or invoking memories of the niqab ban in the rest of Canada?

All the more reason, then, for the Conservatives to stick to their campaign script and keep the conversation on affordability and helping ordinary people get ahead. Here they’ve had some recent help from Trudeau, with Environment Minister Catherine McKenna pirouetting on the head of a very small pin as to whether she’d hike the federal carbon tax beyond the current plans for $50 per tonne. Current answer: we have a deal with the provinces until 2022 (when you and I both know it will be hiked).

The Liberal inconsistency on one of their main campaign offers—protecting the environment—makes it harder to take their planet-saving claims seriously. If the carbon tax rebate really is so painless (and the carbon tax really so necessary), why not hike that sucker up to planet-saving levels and reap the electoral reward? (The answer: because a rebate comes once a year while the cost of the carbon tax is felt every single day.)

MORE: Where the Liberals are spending taxpayer money in the dog days of summer

The lack of Liberal clarity on the carbon tax opens the door to a Conservative attack. Or it should do, anyway. The trick now will be for the Conservative war room to do a better job slipping Liberal attacks to free up the airspace to fight on their terms. Hiding the leader for a week and complaining about the media covering the obvious Liberal jabs on social issues won’t cut it. Nor will whataboutism. Yes, Justin Trudeau is also personally opposed to abortion, but he’s also kicked out or neutered all of the pro-life members of his caucus. His ruthlessness might not be fair, but it at least has the benefit of being unambiguously clear.

Back to deck stacking. The Liberal advantage on social issues lies in the fact the media (largely) see things their way. That deck will never get un-stacked so the Conservatives need a better plan to dealing with the future attacks senior Liberals are privately bragging will come.

Part of the answer will be launching their own attacks, or at least seizing on those made by others. The rapid defenestration of Hassan Guillet, the now former Liberal candidate in Saint Leonard–St. Michel, for espousing anti-Semitic views, is a case in point. The first week of the campaign will rely heavily—to quote the philosopher Michael Wernick—on the vomitorium of social media as candidates get strung up for outré things they’ve said in the past. In other words, it will be a bubble fest.

MORE: The question to ask about Andrew Scheer and abortion

And that suits the Conservative brain trust just fine, thank you very much.

A bubble fest keeps the Parliamentary Press Gallery and the partisan ultras on Twitter busy and outraged, respectively, but it won’t reassure ordinary hard-working Canadians that anyone is listening to their concerns.

By appealing directly to voters with a paid message of empathy on the cost of living, the Conservatives are hoping to catch the eyes and ears of Canadians who are fed up with their politicians bickering about issues that are marginal to their bottom line.

In other words, the Conservatives are counting on people who feel the deck is stacked against them not caring how the Liberals have stacked the deck to ensure their reelection.