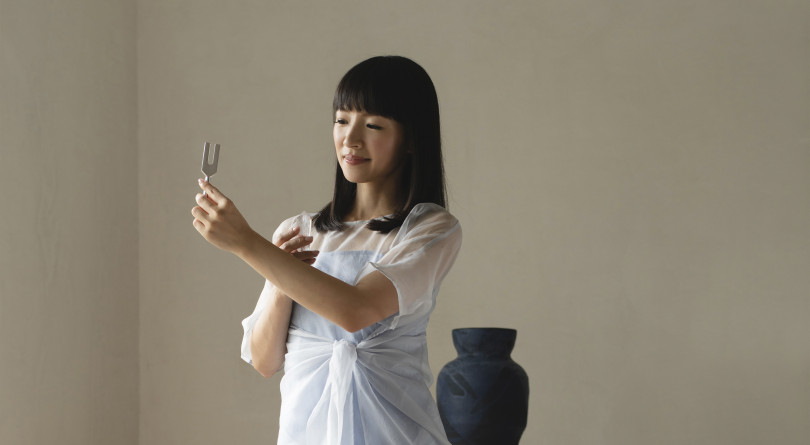 Could a white kettle “spark joy” in you—so much joy you’d fork over $130 for it? That’s one of the questions raised by the arrival of Marie Kondo’s online store. And here’s another: Is the woman who taught the world to declutter now going to be adding to its landfills?

The gentle Japanese “lifestyle expert” gained international fame in 2014 when her first book, The Life-Changing Magic of Tidying Up, was translated into English; Kondo promised personal transformation via shedding stuff, tidying, stacking socks and T-shirts in vertical slivers, and keeping only items that “spark joy.” The “KonMari method,” with its implicit examination of consumerism, struck a cosmic nerve at a moment when we were drowning in crap and the storage locker business, created so we could store our excess stuff, was booming. Kondo was influenced by her Shintoism, which holds that objects that don’t speak to the heart should be shed after being thanked for service, conferring a spiritual imprimatur. The “KonMari” method was embraced with religious zeal: “Kondo-ing” became a verb; the “Marie Kondo effect” described the surge in donations to charities and consignment stores. Kondo’s empire exploded—more books, a program for “certified master” KonMari master consultants, and a Netflix series, Tidying Up with Marie Kondo, which depicted marriages mended and floors seen for the first time in years.

READ: The dark side of Kondo living

So it’s predictable that Kondo’s foray into retail—$98 “gem-water” bottles, a $108 body brush, a $34 dustpan and broom—has sparked as much backlash as joy. Obviously there’s irony in buying potential clutter from Kondo. But there’s also another way of seeing it: the KonMari website is a case study in thoughtful—and unthinking—consumerism.

The website, which currently only ships to the U.S. and lists prices in U.S. dollars, exudes an upscale vibe. Products are minimalist, well-made, muted. Natural materials abound—glass, metal, wood, brass. Some are handmade. There’s something for every budget—a $275 brass tool holder, a $35 computer brush, a $12 string tote. Sure, you can find similar glass canisters elsewhere, but they wouldn’t have been curated (read: blessed) by Marie Kondo. Everything passed her “spark check,” Kondo told the Wall Street Journal, a statement that suggests that what “sparks joy” can be dictated, which of course it can.

Marie Kondo is no dummy. She understands that celebrity endorsement confers talismanic properties on products, like the placebo effect in medicine: When a patient is told a sugar pill is curative, they’ll report feeling better. It’s the same with Kondo’s $75 aluminum alloy tuning fork and rose crystal that she says helps her “reset”—it can help you “reset” too! And that $130 enamel-coated steel drip kettle from “Makoto Koizumi’s award-winning collection” designed “to enhance the experience of preparing coffee or tea” probably will “enhance the experience” simply by power of suggestion.

Kondo’s website has a lot in common with Gwyneth Paltrow’s Goop, which also markets the joy of detox via selling stuff; there’s even crossover (both sell $27 “Everlasting Love Romance Mist” and the “Binchotan Charcoal Body Scrub Towel” for $21).

But Kondo’s message is more thoughtful and anti-disposable: she calls for buyers to “cherish” the items and to “use them for years to come.” Certainly there’s wisdom in the “buy once, buy well” credo—purchase the best you can afford so you don’t have to replace it as soon, or at all. But Kondo’s line also stokes desire for products people likely never knew they needed, like a $34 grey felt tissue-box cover that presumes no joy can be sparked by garish Kleenex containers.

Scrolling through the site brings to mind the maxim from William Morris, the 19th-century designer and socialist activist who led the British Arts and Crafts Movement: “Have nothing in your houses that you do not know to be useful, or believe to be beautiful.” Coveting Kondo’s $175 wood countertop compost bin (currently out of stock) is a reminder of the ugliness of municipality-issued plastic bins—and the thoughtlessness of most design. Kondo’s website also illustrates how Morris’s edict needs to be updated for the 21st century. Is it really needed?—a thought summoned by looking at Kondo’s $42 “flower bouquet” tote used for bunches of flowers. And what does it cost?—not only the price, but also the environmental cost of shipping a $12 string tote.

Most people don’t have the luxury of choosing only beautiful or useful; they must settle for what they can afford. But those people (for the most part) aren’t buying from Kondo, who’s currently busy denying that she was ever anti-consumption. “I’m not saying the fewer things you have, the better,” she told Fast Company: “If you have a huge house with ample storage, it’s perfectly natural to have a lot of things.” On her website, Kondo states: “My tidying method isn’t about getting rid of things—it’s about heightening your sensitivity to what brings you joy.” That might come as news to people who’ve been “Kondo-ized.” On episode five of Kondo’s Netflix show, a little boy asks his father: “Can we go to Toys R Us?” Dad says no: “We’re getting rid of things, not getting new stuff.” His mother adds: “And being happy with what we have.” Now, has that family been given the green light to stock up on Kondo-approved joy-sparkers? What will they buy first? Or will they remain happy with what they have?

This article appears in print in the February 2020 issue of Maclean’s magazine with the headline, “Marie Kondo’s pricey clutter.” Subscribe to the monthly print magazine here.