Me too: It's not just Hollywood, it's Canada

Leah McLaren: This is not a witch hunt, it's the truth. Sexual harassment is dangerous and ubiquitous in Canada and it's not going away. 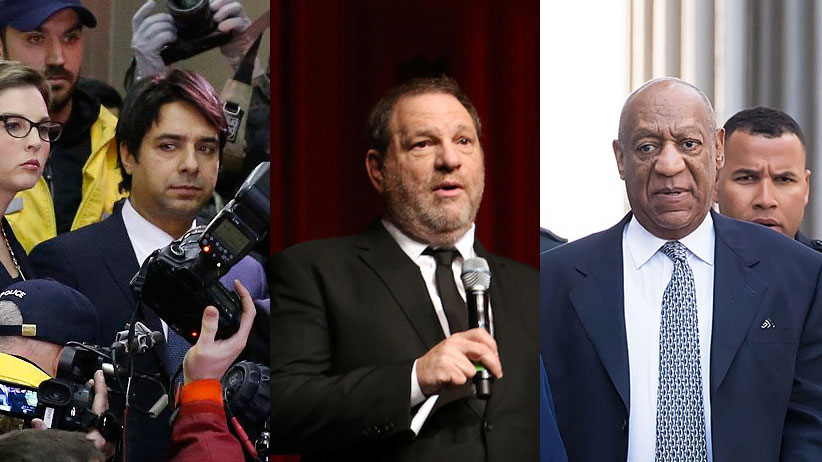 This week, as my news feed teemed with the hashtag #MeToo, I was astonished, but not entirely surprised, to read the confessions of so many women, many of them high profile in the Canadian media, sharing their stories of workplace harassment and assault.

It is Canada. It’s the office you work in. The school you go to. The cafe you are sitting in right now. It is the streets you walk on each day. It is every industry—including the self-regarding liberal mainstream media. It is many (but crucially not all) men, in many rooms and almost every woman. Make no mistake: Sexual harassment is utterly ubiquitous and endemic to the culture we live in. This is not a witch hunt, it’s a statement of pure, inescapable truth. And maybe if we keep saying it, over and over in larger and larger numbers someday, somehow it might begin to change.

But I wouldn’t hold your breath.

Like almost all women, my personal and professional life has been rife with sexual harassment. Until recently, though, I didn’t really think of it that way. It was so insidious, so normal, that for many years it just seemed an unpleasant yet inevitable thread inextricably woven into the fabric of daily life.

These incidents were not transgressions that took place in smoky boardrooms where bosses drank Scotch and pinched passing secretary bottoms for sport. This was stuff that happened in this century, in gleaming, enlightened smoke-free offices with HR departments and strict codes of conduct. Not that we complained. Nah, we’d go laugh it off with our girlfriends over cosmopolitans at the bar, because that was what cool, confident women did. We didn’t allow ourselves to be cast as victims. We didn’t complain and we didn’t explain. And in this way, we were complicit in the sexism that riddled our lives.

From the elderly professor who pounced on me after a university dinner party, to the Yorkville restaurant where I was asked to come to work in a bikini top for the “hot tub party” (and fired when I declined), to the never-ending stream of cat-calls, ass-grabs, flashings and random abuse in the street, the bus or the bar. Being treated like a sexual play thing by men, I quickly learned, was just part of growing up female.

For years, every Monday morning when I picked up my office voicemail and checked my inbox, there would be scores of men telling me I was stupid, untalented and didn’t deserve my job. Not unusually, they would threaten to kill me or rape me or both. Then the internet exploded and they migrated to Twitter and the anonymous comment boards my employer provided for their convenience.

There was also the media gossip rag whose idea of “satire” was demeaning young female journalists in aggressively sexual ways. They spread rumours about my romantic life and speculated giddily about whether I’d been abused by one of my high school teachers. They relentless sought to humiliate every female journalist who ever raised her head above the parapet. One issue, they depicted my face on the cover super-imposed on the metal-bikini-clad body of Carrie Fischer as Princess Leia held in the clutches of a lascivious Jabba the Hutt.

I tried my best to laugh it all off, even when shame engulfed me like wildfire.

One lesson I learned over and over in my long career at the Globe: When a female columnist is publicly harassed for gender-based reasons, the institutional silence is deafening. You are on your own. Of the workplace incidents, I said nothing. Years later, when I did decide to write about the groping incident during the Ghomeshi affair, I understood what a wise decision my silence had been.

I was called to meetings with HR, lawyers, the editor-in-chief who insisted on editing my column. I was repeatedly urged to make my tone less accusatory and to make my assailant less identifiable. The entire process was bewildering and at times intimidating, especially since my assailant had already admitted his transgression and apologized.

They protect each other, these guys.

And for the most part, even in Canada, they are still running the show.

As the dust settles on the Weinstein affair just like it eventually did with Cosby, Saville and Ghomeshi before it, we would do well to remember that it’s not just about sexual harassment. It’s about how we continually reduce women to sexual objects with the aim of enriching the powerful. It’s about how we silence women by implying that they are stupid or crazy or difficult or all of the above. It’s the reason why women are paid less and abused far more. It’s the whole fetid package.

What Harvey Weinstein did to all those actresses in hotel rooms is like a microcosmic pantomime of the system as a whole. And like those seamy hotel suites, it’s dangerous and sprawling and it stinks. It’s time we walked out the door and left the bullying walrus flailing in his bathrobe forever. But how to do that when he still owns us?

At the very least, it’s time we stood up and let ourselves be counted.