Ebony-Renee Baker: Before this baby had even been born, it had already taken on one of the most frustrating burdens faced by mixed race people 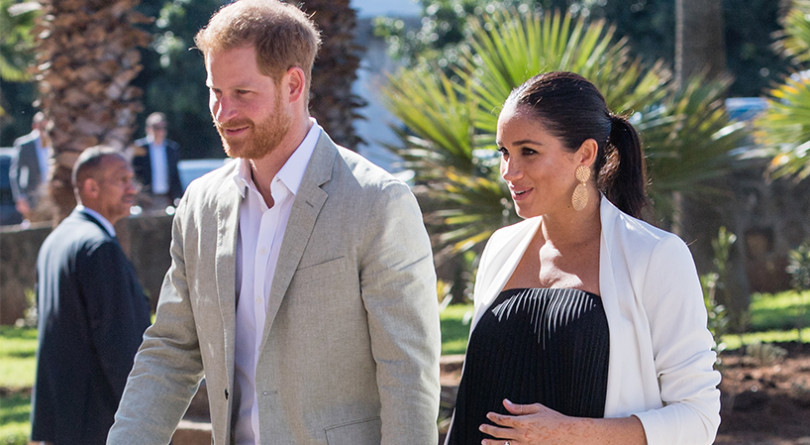 This article was originally published on FLARE on Feb. 26, 2019

When the Duke and Duchess of Sussex announced that they were expecting their first child in October, speculation about the baby’s appearance swiftly followed. Will this “beautiful mixed baby” have ginger hair? Will their child look like Blake Griffin, the unofficial ambassador for biracial redheads? Considering Meghan’s fair skin, will their little Lord or Lady look Black at all? It was like everyone was taking bets on an exotic new show horse—and to be honest, it wasn’t surprising.

As a mixed race woman myself—I’m half Jamaican and half Filipino—I’ve followed Meghan’s trajectory with a curious eye. I’m not a royal watcher or even a fan of her former TV show, but seeing someone like me become accepted into a long-standing white, elitist institution made me both excited and nervous. Excited, because seeing Black women fill spaces historically filled only by white women reminds me that things are shifting. (Though her presence certainly doesn’t change the royal family’s long history of racism.) At the same time, it was nerve-wracking to see how closely British media and, tbh, the general public are watching Meghan. From patronage decisions to how she wears her hair, she’s being judged in a different way, simply because of the colour of her skin.

In October, when the royal couple officially announced that they were having a baby, I felt that same fear. And I’m still worried about how this biracial babe will navigate their identity while under such intense public scrutiny, because even though this baby has not even been born yet, it’s still facing one of the most frustrating burdens faced by mixed race people: fetishization.

According to Sharon Chang, author of the 2015 book Raising Mixed Race, multiracial children started to be seen as “cuter” and more ideal than single-race children around the turn of the millennium, when mixed-race populations began to rise in North America and the U.K. Statistics Canada reports that the number of mixed-race unions in Canada increased from 2.6% of all couples in 1991 to 3.1% in 2001. By 2011, the most recent year for which data is available, that number jumped to 4.6% of all married or common-law couples.

“We’re talking about kids who are usually lighter, who have lighter hair, lighter skin, lighter eyes, who are usually mixed white. Certain kinds of mixed kids are more beautiful,” she says. “They’re smarter, they’re healthier—and I do not agree with these things, let’s just make that clear, but that’s the narrative now. That’s the [fetishization].”

READ: Will Meghan Markle go glam for her first appearance with her new baby?

So, no, it’s not shocking that Meghan has barely reached her third trimester and her unborn child’s appearance has already been the topic of much discussion. But while British royal mania is a phenomenon in itself (Kate and William’s first child got the same, super weird forensic mock-ups that we’re now seeing for baby Sussex), this royal baby countdown is tainted by racial undertones.

When I spoke to Sasha Exeter, a Toronto model and influencer and mother of a mixed-race daughter, she said she hadn’t realized how much mixed kids were fetishized until she got pregnant. Exeter, who is Black, said that when people learned that her husband is white French Canadian, it would often prompt speculation about her unborn baby’s appearance.

“I got the most outlandish comments. One that sticks out in my mind so clearly was a woman who said, ‘You know what they say… mixed kids are God’s Photoshop.’ And I could not help but register the confusion and terror on my face,” Exeter told me. “I asked her to clarify what she meant and she was like, ‘Well have you ever seen an ugly mixed baby?’”

Exeter’s daughter is now 17 months old, and the comments about her appearance haven’t stopped. “People love to talk about her hair. Like, ‘Oh she must take after more of her father, because her hair is straight and doesn’t have a kink to it.’ Like why is that important?” Exeter says. For her, people of all races have made comments about her daughter’s appearance, but she says it’s more common to hear it from non-Black people.

“I think Black people are a little bit more sensitive—there’s a few people that have made comments, but the more outlandish ones and I feel like it’s more non-Blacks that seem to be fetishizing mixed race kids.” Because of the number of comments her daughter hears praising her appearance, Exeter and her husband don’t talk about their daughter’s looks at home. Instead, they try and focus on the values that they’d rather instil, like confidence, strength and intelligence.

Looking back at my own childhood, I don’t recall the exact moment I understood that I was mixed, but I do remember the first time a school teacher told me that “mixed kids are always better looking.” As a kid, I took it as a compliment. But once I entered university and people started asking about my ethnicity at least once a week, I realized how much my “exotic” appearance—my lighter skin, my almond-shaped eyes and my thick curly hair—invited unwanted attention and it made me feel like my looks were the only thing that would define me.

Just like Exeter’s daughter, the comments I received were, and often still are, about my hair. It’s truly amazing how often non-Black strangers feel the need to tell me how “lucky” I am to have “good hair” or that they’re surprised my it’s real. It’s never flattering when men yell “Blackanese!” or “Asian Persuasion!” at me on the street (yes, that’s happened). And what’s even worse is when Asian friends tell me they want a Black partner specifically to have babies that look like me.

It’s likely that observations about this royal baby’s looks will amplify the child’s Blackness. After all, they’ll mainly be navigating white, British social circles, and we only have to look at Meghan’s experience so far to see how that’s likely to go. From Harry having to address racist comments about Meghan in a formal statement when their relationship went public, to media outlets constantly calling their relationship “modern” and “unconventional,” it is clear that Meghan isn’t seen as any old member of the royal family; she’s the Black Duchess™

“I’m sure everybody is waiting with bated breath to see, you know, how Black does this kid look? How white-passing do they look? There’s going to be a lot of weight on those things for this kid,” Chang says. “And that’s a common experience for mixed people; just getting your looks dissected… which is very dehumanizing.”

READ: The Meghan Markle pendulum swings to the negative

For me, that dissection is all too familiar, and happens most often when others find out what my background is. Lots of people feel the need to comment on which of my races is more prominent, like: “Oh you just looked Black to me” or “I can see the Asian in you” or “I knew it! The eyes are what threw me off”—as if I’m a rare specimen asking to be examined. Although these words are rarely meant to be malicious, they make me feel weirdly disconnected from my body and uncomfortable.

Meghan herself reflected on her journey with her identity in a 2015 essay for Elle. She recounted the first census she ever had to complete and her confusion about which race to choose. “There I was (my curly hair, my freckled face, my pale skin, my mixed race) looking down at these boxes, not wanting to mess up, but not knowing what to do,” she wrote. After her teacher told her to check “Caucasian” because that was “how she looked” she didn’t choose a box. “I left my identity blank—a question mark, an absolute incomplete—much like how I felt.”

At the end of the day, I know we shouldn’t feel too sorry for the royal baby. Their mother has critically explored her own multiracial background in both private and public spheres. She’ll undoubtedly raise her child to embrace their Black roots, however far removed.

Chang is also adamant that above all, the child’s privilege as a British royal will always take precedence.

“This child [will be] very, very privileged, regardless of how they look. They’re going to be born into a very insulated situation and so, they have a lot of resources basically to deal with things that come at them and I think we have to remember that,” she says. With a huge royal support team and a ton of connections, baby Sussex won’t be alone in their journey.

But regardless of privilege, this British-American, mixed-race individual will one day have to face and explore their complex identity just like many of us have before them—and that isn’t often an easy task.

So as this royal birth approaches, remember that the way we choose to talk about them (or any other mixed-race child) has a significant effect on the way they will navigate the world and learn to understand themselves. And the next time you choose to focus on their looks, consider the racial implications of what you’re actually saying. Consider what message you are sending not only to their parent of colour, but to all POC.

At last, I implore you: please do not say a f-cking word about their hair.