Memo to Trudeau: What Canadians need to hear during the outbreak

Andrew MacDougall: Ottawa needs to lead and that means daily information from experts, radical candour and no more spin from cabinet ministers 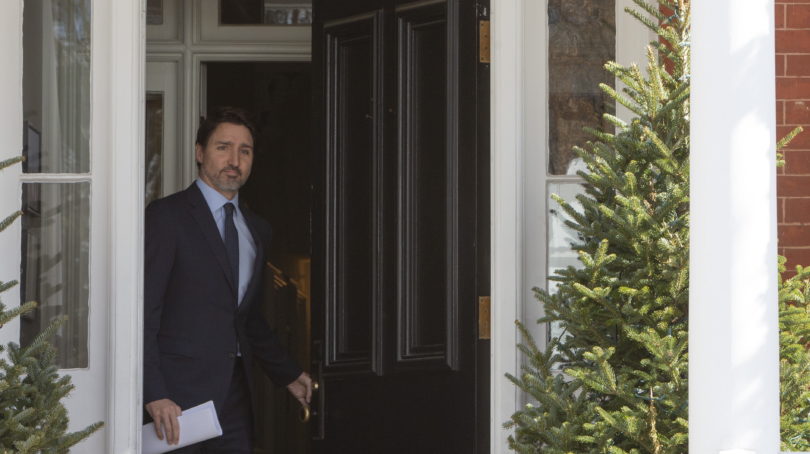 Trudeau emerges from Rideau Cottage to hold a news conference in Ottawa, on March 13, 2020 (CP/Fred Chartrand)

If anyone doubts that responding to a crisis in real time is difficult, have a gander at yesterday’s impromptu press conference featuring David Lametti, Melanie Joly and a handful of bobblehead dolls. (TL;DR: it was dreadful.)

Lametti and Joly went out to ‘announce’ that they had talked about some stuff and about doing more stuff but that stuff couldn’t be announced as stuff until the next day. They then proceeded to bat away a series of dumbfounded reporter questions about why they weren’t sharing anything by shoving their noses up the Prime Minister’s self-quarantined backside. It was a simpering and painful reminder of the Jane Philpott-sized void in Trudeau’s cabinet.

Which is a shame, really, because the stakes couldn’t possibly be higher. Canadians are being infected by a deadly new virus. There has been one death and there will almost certainly be more. The country’s borders remain open, but the nation’s border service seemed—until this morning—pretty relaxed about reminding people of their public health responsibilities upon their return to Canada. In other words, more clearly needs doing.

What doesn’t need doing is what was done yesterday: sending out the clowns to read a few talking points that don’t answer anyone’s questions. By this point, if the government has nothing to say it should keep its mouth shut. (Hint: it should always have something to say at this point, and should be putting out qualified people to say it.)

But instead of getting some news they could use, viewers entered an entirely substance-free zone. “We have been on this since December,” Lametti tut-tutted. “We took an evidence-based strategy,” he added. That was followed by an “our numbers are excellent” and an “our death rate is low.” No, really. “The leadership role played by the Prime Minister is evident,” Lametti then said from somewhere inside his boss. To be fair, the last bit appeared to do the justice minister in, leaving him to stumble to a close with: “we may have to move it to another stage.”

And moving it to another stage needs to start with moving any clowns off stage. Just what the government thought could be gained by wheeling out the guy whose only job is to guard Jody Wilson-Raybould’s grave and a one-time cabinet star turned travel agent is anyone’s guess. Unless you’re the Prime Minister/Chrystia Freeland, health minister or a public health expert, your piehole needs to be shut by this point in the pandemic; we don’t need to hear from you.

Having played a minor supporting role during the last crisis response to a pandemic sweeping Canada (H1N1), I know how hard it is to get it right in these scenarios. As someone who sat through hours of ministerial prep for press conferences and dozens of issues management meetings about vaccine supply (and shortages), I have sympathy for the stress being placed on those in the system right now. It is real, and it is terrifying. Lives are at stake.

That’s why it’s time to strip everything back to basics. The usual buffet of fluffy comms pastries (i.e. teasing real news tomorrow) won’t work. The hacks—and through them, the Canadian people—want a steady diet of pandemic meat. The government needs to go full keto.

This means experts. Lots of experts. Daily experts. It means only the voices at the very top of the political spectrum. And when they answer it must be with radical candour; a pandemic has to be a spin-free zone. If a reporter asks a tough question to which you don’t have the answer, you don’t retreat to praising the dear leader. You take it on the chin and pledge to do better (cc: Bill Blair). And when better is being done you come back to the Canadian people and tell them about it.

A reminder to all government communicators: the Canadian people aren’t expecting perfection. But they are expecting bloody quick action on imperfections. And that action extends to clear, consistent and constant communication about everything that’s going on, even if it’s unbearably grim, for either the country or the party that’s in charge of government.