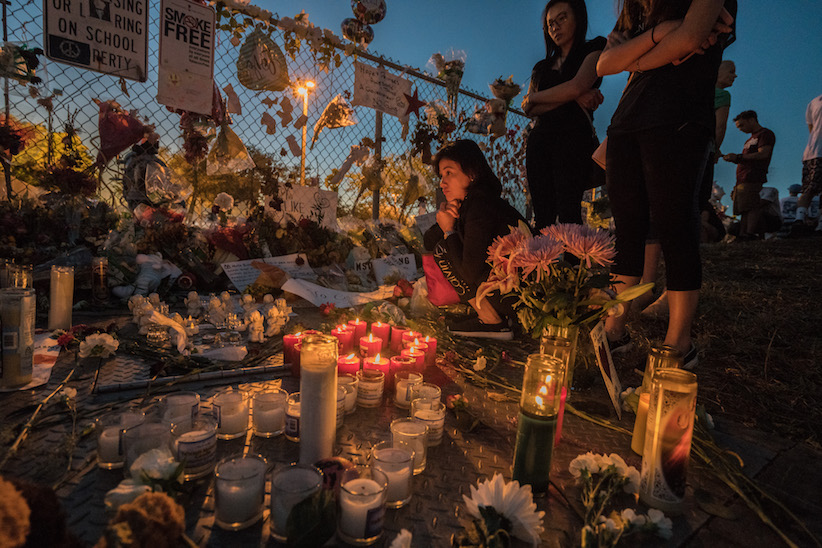 In the wake of the mass shooting at Marjory Stoneman Douglas High School, as is common for almost every mass shooting of this magnitude, there have been several opposing policy suggestions to prevent another similar tragedy. There’s the renewed call for an assault weapons ban, championed both by the survivors of the Parkland shooting and Florida Congressional representative Brian Mast. And then there’s President Donald Trump’s call for guns to be placed in more hands, namely those of teachers, under the belief that underpaid and underfunded educators should form the last line of defence against would-be school shooters. But in the weeks since the shooting, where state and federal legislators have faced not only national scrutiny, but a grassroots movement led by survivors of the tragedy, it seemed that all sides could agree on one thing: keeping guns out of the hands of the mentally ill.

Despite the calls to avoid “politicizing” tragedies in their immediate aftermath, the mentally ill are rarely afforded any such reprieve. In fact, mental illness is often offered as a scapegoat, despite evidence showing that it is not a causative factor in 78 per cent of mass shootings.“I don’t believe this insane monster should have ever been able to obtain a firearm,” asserted NRA spokesperson Dana Loesch at last week’s CNN Town Hall, when asked by outspoken Parkland survivor Emma Gonzalez whether the shooter should have been legally able to obtain the weapons he used to inflict the massacre. Loesch would later emphasize the need to keep guns out of the hands of “crazy” people, even though the NRA has repeatedly lobbied to prevent universal background checks.

Even Sheriff Scott Israel—who slammed Loesch at that town hall for “not standing up” for the students, but is now facing heavy criticism because at least one of his officers remained outside the school while the shooter remained active indoors—has repeatedly called for “more law enforcement.” He’s also urged broader powers to be granted under Florida’s Baker Act, which already allows for the short-term detainment of the mentally ill who are deemed an immediate danger to themselves or others. “People are going to be rightfully so concerned about their rights, as am I,” Israel declared. “But what about the rights of these students?”

There’s plenty of evidence to suggest that people living with mental illnesses are not only in the minority of mass shooters, they’re in fact more likely than their peers to be subjected to violence. While mass shootings committed by people with mental health conditions represent less than 5 per cent of violent crimes (and less than 1 per cent of all gun-related homicides) in the United States, nearly 25 per cent of people with mental health conditions are likely to experience violence against themselves (whether physical or sexual) in a given year. And when people experiencing mental health crises do commit violence with firearms, it’s most often self-inflicted. Suicide still comprises the majority of gun-related deaths.

Beyond the baseless correlation between mental health conditions and gun violence lies another unfortunate fact: even though police are increasingly becoming front-line mental health workers, people experiencing mental health crises often risk serious injury or death via police contact. Last June, when Charleena Lyles reported a burglary at her home in Seattle, she was shot and killed by responding officers. The pregnant mother of four had a history of mental illness, and when police arrived at her home, she was described as a “suspect” in the very break-in she reported.

And recently, a Maryland jury awarded $37 million to the family of Korryn Gaines, who was killed in a 2016 police shooting. Gaines, who also had a history of mental illness (reportedly due to long-term exposure to lead paint in the Baltimore homes where she lived), filmed herself and her son during an hours-long police standoff. After Facebook and Instagram complied with a request from Baltimore police to shut off Gaines’s feeds, both Gaines and her five-year-old son Kodi were shot by police. Gaines reportedly confronted police with a shotgun when they attempted to gain entry into her apartment, but the gun was reportedly in her lap when police began firing blind through an adjoining wall.

Ultimately, the factors most often attributable to mass shooters are histories of violence, and of gun ownership itself. According to a landmark study in 1967, the mere presence of guns can increase angry feelings, aggression, and hostile behaviour. The Parkland shooter had, himself, been reported to police multiple times for violent behaviour, for posting images of brandished weapons, and for scrawling Nazi symbols on his knapsack. At one point, he was photographed firing a gun in his backyard, wearing a Make America Great Again cap. Whether or not mental illness played a role, there were multiple other vectors, much more closely correlated to mass shootings, which were highly apparent in the alleged shooter’s profile.

There’s plenty of room to discuss the means to ending gun violence, whether it’s restricting the weapons available to the public, or restricting which members of the public have access to firearms. But the topic of “mental illness” doesn’t belong anywhere near this conversation, unless it’s to discuss better support for people undergoing crises, and to prevent suicides. Otherwise, the community of people with mental illnesses—of which I count myself a member—wind up being converted into a scapegoat, and only to avoid doing the difficult, necessary work needed to curb America’s gun violence problem.