Anne Kingston: Two years after the first mass movement to protest sexual harassment and assault, we see the testing of new tolerances play out in the hockey arena 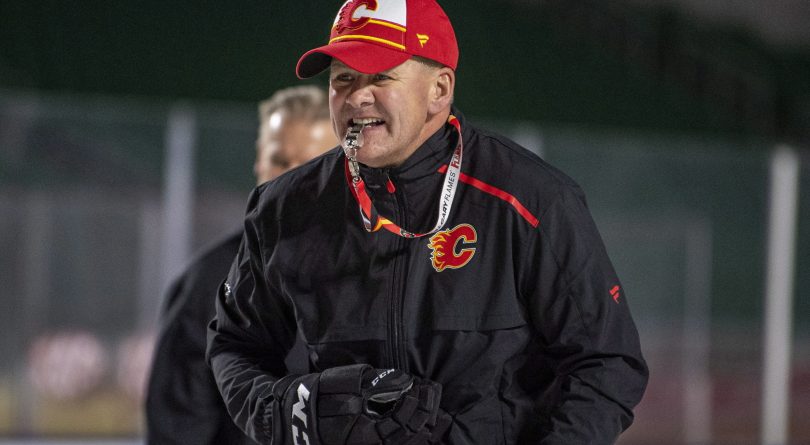 Given the recent cascade of player testimony about abusive hockey coaches, it’s tempting to say hockey’s having its “#MeToo moment.” But exposure of the systematic abuse of power and racism, underlining one of the country’s most popular sports is more rightfully a marker of #MeToo’s influence. Two years after the Oct. 2017 launch of the first mass movement to protest sexual harassment and assault, we’re seeing the testing of new tolerances play out in the hockey arena.

#MeToo is often compared to a dam bursting under decades of pressure, triggered by a torrent of allegations of sexual assault and harassment against Hollywood producer Harvey Weinstein. In this case, the controversial firing of bombastic Coach’s Corner co-host Don Cherry, prefaced this volley of first-person revelations. Cherry’s “you people” poppy tirade was similarly a tipping point; his firing signalled the end of an era, the toppling of a statuary of a garishly suited dictator. He was finally rendered a relic, whose ongoing denial of post-concussion syndrome and climate change, and cleaving to the good old days of a violent sport patrolled by beloved goon “enforcers,” finally passed.

MORE: Don Cherry was an unchanging man in a changing world. Finally, the world caught him out.

Less than two weeks after Cherry’s ouster, the floodgates opened, but slowly at first. On Nov. 25, it was reported that Mike Babcock, recently fired as coach of the Toronto Maple Leafs, brought rookie Mitch Marner into his office during the 2016-2017 season and asked him to list players on the team from hardest working to the least hard-working. After Marner completed the task, he discovered Babcock had acted to demoralize the team: he shared the list with the very teammates Marner ranked lowest.

One story lead to another: “Not very surprising the things we’re hearing about Babcock,” tweeted former pro-hockey player and Nigerian-born Akim Aliu, before he accused Bill Peters, coach of the Calgary Flames, of repeatedly uttering racist slurs a decade ago when Peters coached him on the American Hockey League’s Rockford IceHogs. Aliu’s public declaration, soon backed by players present at the time, prompted former Carolina Hurricanes’ defenceman Michal Jordán to tweet that he too had been abused by Peters when Peters coached the Hurricanes. As we saw with #MeToo, hearing other’s stories gave Jordán courage to speak. “Me and my agent, we kept it secret,” he told TSN. “Now other guys are speaking out, so I felt like I could.”

What is emerging is the picture of a culture of mistreatment, in which coaches humiliate and abuse players to motivate, with allegations of physical assault coming to light.

As we saw with #MeToo, the protections of power and privilege in hockey are being chipped away—just as the game is losing ground in national popularity to basketball. Daniel Carcillo, a former enforcer with the NHL’s L.A. Kings, tweeted about “personally witnessing” former King’s coach Darryl Sutter harassing players, including watching him “kick someone in the lower back on the bench.” Carcillo also tweeted a photo of a junior rookie party (the players’ faces all obscured) that he said featured underage drinking, as well as physical, verbal and sexual abuse. This was reported to the Western Hockey League (WHL) and to Hockey Canada, Carcillo said, but both organizations ignored it “bc it involved the Sutter name,” referring to the influential Sutter family, which was involved with both organizations. The six Sutter brothers all played in the NHL; Brent Sutter owns the Red Deer Rebels of the WHL and guided the L.A. Kings to two Stanley Cups.

Hockey’s not unique. Power abuses exist everywhere, including other sports. What is unique is the outsized reverence with which many Canadians hold the game—and the revenue it generates. Historically, this has protected team management, the league and discouraged media exposure.

Here #MeToo also paved way by providing a forum for men, often socially conditioned not to appear vulnerable, or discuss having been harassed and assaulted. Terry Crews, the actor, comedian and former pro-football player, was one of the first to say he’d been sexually harassed by a Hollywood agent. Players remained silent for fear of imperilling their livelihoods or future prospects.

Aliu told TSN he feared his career would suffer if he came forward about Peters. “I was 20 years old and a first-year pro. I was too scared to speak up.” He also called out systemic racism within the game: “If you play the race card, it’s most likely the end of your career.”

The former pro has a history of speaking out. He made international news after he got into a fight with teammate in the 2005-2006 season, when he played for the Ontario Hockey League’s Windsor Spitfires, over refusing to participate in a humiliating team hazing ritual that would have forced him and other rookies to stand naked in a cramped bus washroom.

An even more seismic shift could result from these revelations: lifting the cone of silence on the most sacred space in sports; the locker room, a long-time exclusive bastion of male bonding. In 2013, true to form, Don Cherry defended excluding female sports journalists, who were just trying to do their jobs: ‘I don’t believe women should be in the male dressing room,” he said. To his credit, Cherry’s co-host, Ron MacLean, disagreed.

The concept of the “locker room” also exists more broadly in the culture; the term remains shorthand for the boy’s club, where “boys will be boys” and men can act with impunity. “This was locker room talk”  was Donald Trump’s defence in 2016 after a leaked 2005 Access Hollywood tape revealed him boasting about sexually assaulting women. Lifting “locker-room” privilege could be transformative.

We’ve yet to hear reports of the horrific criminal behaviour of the sort levelled against Weinstein, though minor league hockey, particularly, has a history of sexual predators. Former minor league coach Graham James was imprisoned twice after being named the Hockey News’ “1989 man of the year.” In 1997 he was sentenced to three-and-a-half years in jail after sexually assaulting former hockey player Sheldon Kennedy and an unnamed player when they were just boys. And in 2012, he spent another two years behind bars for sexually assaulting hockey star Theoren Fleury and his cousin Todd Holt decades earlier. Gordon Stuckless, the former coach who was associated with Toronto’s Maple Leaf Gardens for decades, was imprisoned for sexually abusing 18 boys—some as young as 10—between 1965 and 1985.

The question is, how deep will hockey’s reckoning go? Will there be accountability? Will the game endure a sustained blow? Calgary Flames’ GM Brad Treliving said the organization is conducting “a full investigation” into Peters. Their response will be telling. On Twitter, Carcillo has intimated it’s going to get much bigger: “The families & victims are in talks with large media corporations-breaking soon,” he tweeted on Wednesday. And that could mean a reckoning far bigger than hockey—one that extends to hockey nation itself.