Jonathan Kay: As a legal scholar who's also been through the legal system, he's uniquely suited to lead the battle for due process in Canada 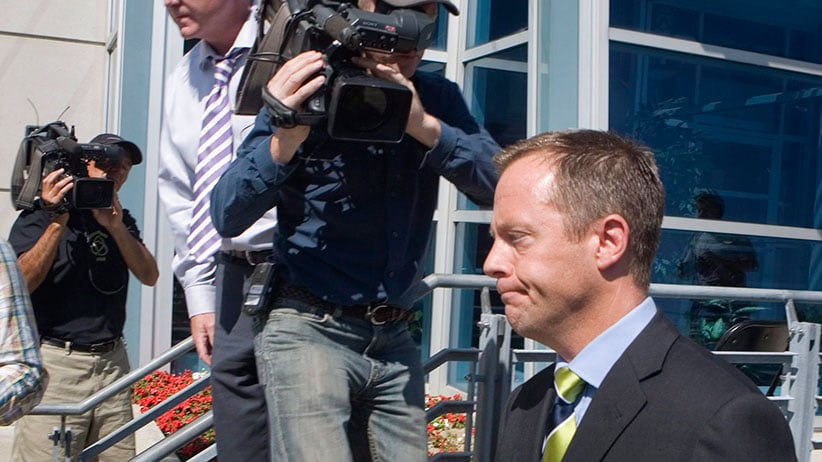 During 2014 and 2015—the last period for which comprehensive data exists—there were 328,028 completed criminal cases in Canadian courts. Of these cases, 207,528 ended in a guilty verdict. Almost all of the other 119,185 cases—more than a third of the total—ended with a not-guilty verdict, or with the charges being stayed or withdrawn.

For those 119,185 defendants, this was supposedly a happy outcome. But regardless of verdict, Canadians charged with criminal offences often lose their jobs, professional networks and careers. They also often lose their friends, romantic partners and even families. The psychological toll is immense. The median amount of time that elapses from a defendant’s first court appearance to the completion of his case is four months. The median number of total court appearances is five.

For those who hire their own counsel, the cost is high. A relative of mine—one of those aforementioned 119,185 defendants who wasn’t found guilty (his case never even went to trial)—spent hundreds of thousands of dollars on lawyer fees. His case was complex. But even a fairly simple case can exhaust the savings of a middle-class household, meaning that an entire family may suffer for the alleged crimes of a single son. And since most criminal defendants come from lower socioeconomic strata (in which racialized minorities are, of course, massively overrepresented), the burden is compounded.

The Internet makes things worse. The first thing that many innocent defendants now do after their trial is hire a second lawyer—this one tasked with demanding that web sites remove or edit outdated articles about the defendant’s actions. This after-hell can itself take years. And no matter how much money you spend, there always will be some articles that can’t be taken down (because they are hosted on offshore sites or servers), and so remain on the first page of Google hits that a prospective employer sees when she searches your name. Not to mention all the Tweets and Facebook posts and assorted Reddit flotsam that continue to casually libel you as a criminal.

READ MORE: Jonathan Kay: What ‘Coco’ says about the flip side of family love

If I were looking for an expert to represent the cause of civil liberties in this country, I would seek out someone who not only ranks as an expert on our justice system in its formal letter, but also knows the unwritten horrors that await anyone who ends up in that system’s maw. But this is a rare creature—because the sort of people who go on to become famous lawyers often come from privileged families with scant experience in the criminal justice system.

Within my own extended family, my accused relative’s experience became infamous precisely because it was so unusual. None of us cousins have ever known the feeling of handcuffs, or of inhabiting a room that locks from the outside. In my own case, I have entered a prison exactly once—and that was to speak to the man who had given me my first job in journalism. (That Florida visiting room turned out to be alive with wives and giggling children. But my wife, inhabiting as sheltered a world as me, regarded this as a dangerous excursion, and refused to let me bring our eldest child, whom I believed would do well to see the disgraceful way in which 2-million Americans are warehoused.)

But what if I told you that there was a man who gained prominence as both a renowned legal expert, and as a defendant in a lengthy criminal proceeding that became the subject of a best-selling book?

Indeed, you might even know his name: Michael Bryant, who served as Ontario Attorney General—the youngest person ever to hold that position—under Premier Dalton McGuinty. Bryant also served as Minister of Aboriginal Affairs, not quite an incidental job qualification given that Indigenous people are overrepresented by a factor of six among Canada’s inmate population.

Bryant’s book, 28 Seconds: A True Story of Addiction, Tragedy, and Hope, described what happened on Aug. 31, 2009, when he and his wife were driving home from a dinner to celebrate their 12th wedding anniversary. An agitated Toronto bike courier named Darcy Sheppard grabbed on to the side of Bryant’s moving convertible—until he was hurled into a fire hydrant and then, fatally, the pavement. Police charged Bryant with criminal negligence causing death and dangerous driving causing death. Bryant resigned his position as CEO of a municipal organization, and spent the next eight months fighting for his freedom. In May, 2010, prosecutors withdrew the charges against Bryant, acknowledging that the cyclist had been the one acting aggressively.

Since then, Bryant has been rebuilding his life, gaining more exposure to the inner workings of the justice system. This includes working for Legal Aid Ontario as a criminal defence duty counsel, with much of his work focusing on Indigenous clients and groups. This year, the Canadian Civil Liberties Association (CCLA) appointed him as their executive director and general counsel. As by this point you might guess, I cannot think of a more qualified candidate for the position.

Yet this is not a universal view. In an astounding column published this month, Rick Salutin of the Toronto Star opined that Bryant’s CCLA appointment was wrong and “insensitive”—in part because it was an insult to “bicycle couriers,” in part because he is a “white male,” and in part because [Bryant] has benefited from privilege: “His friends brought [Bryant] a good suit for him to leave jail in, and he never faced a trial during which the issues in dispute about events that night could be tested under cross-examination.”

I cannot defend Bryant from the charge of being white, or male. But just about everything else in that column made my jaw drop. I was a bicycle courier for three summers in Montreal, and can attest that there are fewer groups in society with less claim to the voice of moral authority. While Sheppard led a hard, sad life, video footage showing the way he conducted himself on the roads—intentionally blocking traffic, antagonizing drivers, recklessly endangering his own safety—is consistent with everything I observed during my own career in this field.

The detail about Bryant’s suit is especially rich—suggesting that it’s wrong for a man to enjoy a little dignity when he departs state custody. Bryant spent half a million dollars on his legal defence. That’s surely one of the most expensive suits known to history.

Like other columnists who’ve critiqued the CCLA’s decision, Salutin dislikes the assertive way in which Bryant sought to protect his reputation during his ordeal. But when a man is facing government prosecutors, he is under no obligation to strike submissive poses. Nor is it a mark against Bryant that his case never went to trial. Just the opposite: The fact that prosecutors concluded they had no hope of prevailing suggests to me that the entire saga might have been averted earlier.

In this regard, Bryant’s privilege and high stature might have worked to his disadvantage—since prosecutors knew they’d be criticized if they didn’t hold this powerful man to account. Much of the media, certainly, seemed shamefully eager to skip the trial and go straight to sentencing.

What Salutin really objects to, it seems, is the idea that Bryant has regained his prominence in society, and has not been consigned to the dustbin of history. Like similar anti-Bryant columns that have appeared in Toronto’s NOW magazine and online petitions, Salutin’s whole argument is, in effect, a demand that we ignore Bryant’s legal vindication. It makes me nostalgic for the days when the left was a reliable voice in the fight for due process.

Perhaps the most shocking thing Salutin wrote was that “leading the CCLA is like a version of the Order of Canada…Heading it is a star turn.” From this, one might think that Bryant were dropping a ceremonial puck at a hockey game, or cutting the ribbon at the Ladies’ Royalist Society Pageant Of Flowers. While Salutin may not realize it, anyone who has actually had contact with the criminal justice system will know that the state of civil liberties in this country is an acutely important issue—for everyone from the hardened criminal being subject to the torture of solitary confinement, down to the first-time arrestee brought in for theft, impaired driving, mischief or drug possession. We don’t need an ornamental grandee leading the CCLA, but someone who has the battle for due process in his blood and bone.

To a lot of Canadians, the CCLA is an envelope they get in the mail, asking for money. Or a fund-raising dinner. Or a line on a CV under “community service.” Bryant brings a different perspective. He may not be as fashionable a pick as some had hoped. But the people who need the CCLA’s help aren’t gala chairs. And they don’t care a whit about who’s getting their “star turn.” What they need is someone to protect their liberties from the power of the state.