Ministry during a plague

Michael Coren: We listen, we counsel, we simply be there. Because beyond the daily realities of food shortage, unemployment and poor health is the acid cloud of loneliness. 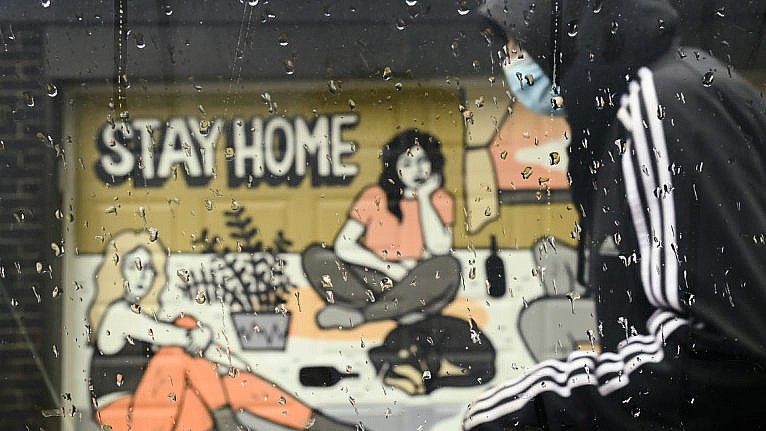 Rev. Michael Coren is ordained in the Anglican Church of Canada.

“God of all consolation, in your unending love and mercy you turn the darkness of death into the dawn of new life. Show compassion to your people in their sorrow.” This I prayed aloud in an apartment bedroom, wishing I could remove my mask or hug the people around me. Because here was a woman in her last few hours of life, and her son had telephoned me and asked for a final visit. But the mask had to remain, the embraces couldn’t take place, and it’s only under the most extraordinary circumstances that I’m even allowed to meet with people, and then standing well apart. I’m allowed these occasional exceptions because I’m a cleric, ordained in the Anglican Church. Less than two years on the job, very ordinary, but still a cleric, who took an oath to “serve all people”.

It’s been a year of the surreal for all of us, and I wouldn’t dream of comparing myself to a doctor or nurse. They’re the heroes in this theatre macabre. As clergy, we do what we always do. We listen, we counsel, we pray, we reach out, we help, we simply be there. Because beyond the daily, tangible realities of food shortage, loss of housing, unemployment and poor health is the acid cloud of loneliness. It moves across the sky of humanity without discrimination, darkening the lives of all classes, all races, all peoples. The walls of isolation, sometimes after loss but sometimes not, come ever-closer, and those effected can often face depression and terror.

But with this inexorable pandemic, the shape of our usual work has been given new and devastating corners, and the dramatic, biting immediacy and intimacy of COVID is never far away. The churches that have defied the lockdown and placed their own needs before the health of others have gained most of the attention, but the vast majority of clergy from various and numerous denominations have worked away in relative obscurity. Which is only right of course. But the reality of it all needs to be told, for the sake of truth and balance if nothing else.

In terms of actual services, we put everything on-line. That’s a sacrifice, and everybody misses the physicality and propinquity of church worship, but it would be profoundly un-Christian to call for this at the moment. Loving others as ourselves is the central command of the Gospels, and we don’t evince love by putting people’s health and lives in danger. So, we record, we edit together, we gather in Zoom chat rooms before and after services, and we do our best. Frankly, it’s hard work, and while not the same as the real thing, people seem to appreciate it, and the numbers are actually up. This, by the way, is the experience of most mainline denominations.

Perhaps that’s because of the relative ease of virtual worship, but also because during a crisis many of us seek spiritual comfort. We saw this after 9/11, we certainly witness it during wars. Is that exploiting need? Not from our point of view, because we’re there whatever the reason, and authentic Christianity is not about absolutism or certainty; faith is a dialogue, with rough edges, which is something both religious and atheistic fundamentalists seldom seem to understand.

Beyond Sunday services, something we call Jazz Vespers (don’t mock before you try it), Morning Prayer and Bible Study, we hold all sorts of Zoom meetings, such as for the bereaved, and for those with children facing mental health challenges. Then there are the daily phone-calls, lots of them. Often, it’s just listening to people who deserve to be heard, which is a privilege. Then there are the more difficult experiences. The woman in hospital who is terrified of dying, not because she’s afraid of death itself, but of leaving behind a husband who may not be able to cope on his own with a disability.

The daughter who can’t travel to see her dying father, the widower whose family can no longer be there for his birthday, and who has never mastered computers or the Internet. He’ll be alone, and even the planned drive-by waves were cancelled after the Premier of Ontario warned of random police checks. That hysterical spasm was later withdrawn, but the damage had been done. Or the woman whose mother and then father die just three days apart after the virus has smashed whatever resistance they had left.

I once thought that my ordained life would consist of explaining the Christian faith, or defending the creed. Sometimes it is, but more often it’s living the Gospel by taking people through the basics of on-line communication with their loved ones, helping arrange medical appointments, clarifying prescriptions, putting them in contact with food banks, telling them how to subscribe to Britbox. Banal? Only if you believe that love and empathy are banal. Someone asked me recently if I pray with people. Every bloody day! And sometimes, only sometimes, with actual, obvious pious words. Christian outreach is implicit, and an end in itself. Quiet concern and support while someone weeps is as devout as genuflection before the cross.

Sometimes I become angry at the pain and injustice of it all, and sometimes I need to throw myself to my God and ask for strength. Sometimes I become impatient with those internet warriors who roar the irrelevance of religion, and kick out like angry teenagers ranting at mum and dad. But only sometimes. Love, if genuine, forgives. Not sometimes, but every time.

There is nothing good in the pandemic, and it’s Hallmark rather than holiness to think otherwise. But when the pain does diminish, when the hurt does begin to fade, let’s pray that the grimness has at least reminded us of the meaning and the need for community, of the romantic egalitarianism of humanity, and the value and virtue of loving our neighbour as ourselves. And for me, loving God. For you, we can talk later if you like.