Moving the goalposts and lowering the bar

Andrew MacDougall: The Liberals are frantically trying to normalize what their 2015 selves would never have tolerated, and their talking points are terrible 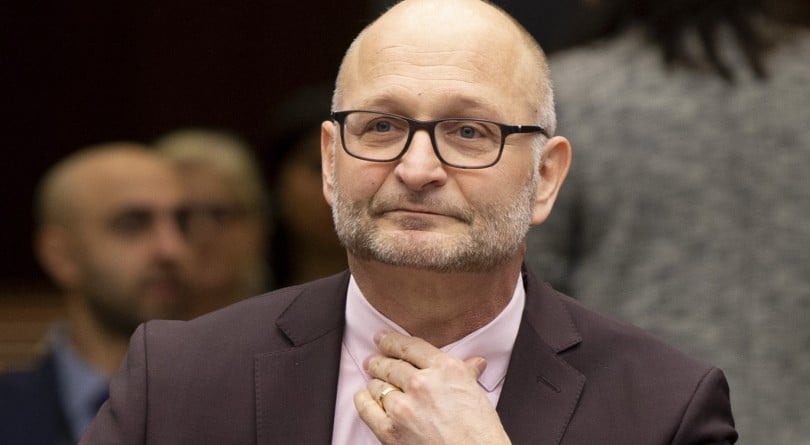 Lametti waits to appear before the justice committee meeting in Ottawa on Thursday, Feb. 21, 2019. (THE CANADIAN PRESS/Adrian Wyld)

Sunday is usually a day of rest but the Liberals were hard at work yesterday trying to recast the hellish SNC-Lavalin scandal.

Battered by three weeks of unrelenting bad news, the Liberals have finally started the hard work of moving the goalposts and lowering the bar on SNC, in the hope that Canadians become confused about the allegations and what’s at stake.

Put differently: the Liberals are now frantically trying to normalize what their 2015 selves would never have tolerated. We’re not in sunny ways any more, Toto.

The Liberal arguments over the weekend were versions of the following: 1) deferred prosecution agreements (DPAs) are legitimate; 2) economic considerations can factor into the decision-making to grant said DPA;  3) “pressure” is in the eye of the beholder; 4) the system worked as it should; and 5) no laws were broken.

The first two points aren’t in dispute—although Liberals don’t like to remind us they brought DPAs in at SNC’s request—and the last three are dark muck being thrown over a what has always been a bright red line.

Yes, countries other than Canada have DPAs to get their dirty deed companies off the hook. And, yes, economic considerations can factor into the decision-making for the attorney general should they want to overrule their independent director of public prosecutions. What the Liberals would like everyone to forget is that these arguments were made by all and sundry to Jody Wilson-Raybould in September, and that she rejected them.

More to the point, the Liberals would like everyone to forget that Wilson-Raybould’s badgerers also used last fall’s Quebec election and this October’s looming federal election as justifications for a rethink on SNC, a clear no-no. In other words, it wasn’t just the “jobs, jobs, jobs” brigade we’re now seeing being swung into action.

New attorney general David Lametti tried an even bolder tactic, appearing to suggest in his interview on The West Block that dictionary-definition partisan considerations like an election could factor into an attorney general’s deliberations. Lametti also claimed he had no idea Wilson-Raybould had declined the DPA for SNC, making him the least clued-in politician in all of Montreal. Well, other than that guy who stopped showing up for work in the House of Commons months ago.

As Paul Wells has noted in excruciating detail, it’s not like SNC hid its light under a bushel, taking out full-page ads in the Montreal papers telling everyone the government they had worked so hard to buy had screwed it out of the fruit of its labour. I’m not denying Lametti was put out to dance to a shit beat, but no professor of law should look so happy (or bad) doing it.

“Interference is perhaps the wrong word in that it implies something illegal is going on,” Lametti went on to say, perhaps not realizing, lost in the fog as he is, that it was Gerry Butts who, according to Wilson-Raybould, used that very word when speaking to her chief of staff. But wevs, eh? Because none of the potted plants in the Liberal chairs at justice committee will be pursuing that particular line of enquiry.

And hey, at least Lametti put his name to it, unlike most of the Twitter troll brigade leading the rearguard action on SNC over the weekend.

As did Ralph Goodale, to be fair, who was sent out on CTV’s Question Period to say that “pressure is obviously in the eye of the beholder”, in reference to the four hours of ‘try again, stupid’ detailed in Wilson-Raybould’s testimony at the justice committee.

Now, that might hold true when it comes to the pressure of reciting b.s. lines on television, but you know Goodale doesn’t want Canadians revisiting the greatest pressure hits of last week’s session. Rockets like:

“There is no solution here that does not involve some interference.” (Gerry Butts, ex-principal secretary)

“I think [Trudeau] is going to find a way to get [the DPA] done, one way or another. He’s in that kind of mood and I wanted you to be aware of it.” (Michael Wernick, (clerk of the Privy Council).

Of course, these are all quotes from Wilson-Raybould’s version of events, another ‘argument’ Liberals have been making over the past few days. Wilson-Raybould has told only “her truth” warned Chrystia Freeland, suggesting there might be an alternate universe in which finding a way to ‘get it done’ doesn’t involve sacking your attorney general and taking the guy who lives next door to SNC and making it his call as to whether they live or die.

Again, and to be fair, there might just be such a universe. But unless the Liberals at justice committee summon all the relevant players, we’ll never know.

But why are we even getting upset, some Liberals would have us ask? This scandal is boring people to death, former B.C. premier Christy Clark opined on QP. The company didn’t even get what it wanted! The system worked! This isn’t even a vegan nothingburger it’s so nothing!

If you’re a Liberal joining the former premier in making those arguments—and I like to imagine Ben Chin, Clark’s former staffer now starring for Bill Morneau in between his bouts of pressuring the former attorney general on SNC, is—well, then, congratulations to you, I suppose. How quickly you’ve fallen. It usually takes governments 10 years to go from “real change” to “meet the new boss, way, way, way, worse than the old boss”.  Who knew the one thing the deliverology unit actually delivered on was in stripping away the consciences of those elected to the Liberal benches in 2015?

Then again, going after Wilson-Raybould didn’t really work so well the last time, so I’m sure Butts will be wheeled out to shift the goalposts some more, and to lower the bar to the ground in the hopes we all give up.

Who knows? SNC might even get its DPA while Butts is in the witness chair. As Lametti also said this weekend: “no decision is ever final.”