My 2020 prediction: Nothing matters and everything will be okay

Scott Gilmore: There will be relentless news of catastrophes, political scandals, economic woes and social strife. Pay no attention. 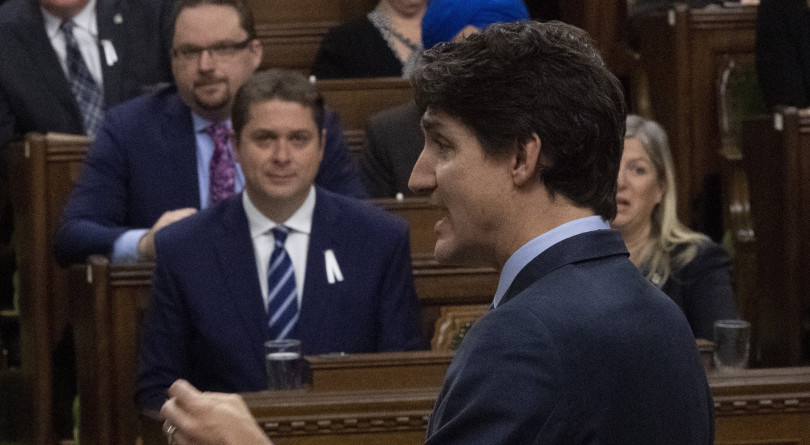 Prime Minister Justin Trudeau responds to a question during Question Period in the House of Commons Friday December 6, 2019 in Ottawa. (Adrian Wyld/CP)

In the year ahead, Albertans will make dark threats about separating from Canada. They will not separate. Everything is going to be just fine.

In Ottawa, the Prime Minister will describe in great detail how he will rebuild the military, balance the budget and develop the North. He will do none of those things. Politicians across the aisle will express their shock and outrage at this. They will, in fact, be neither shocked, nor outraged. Members of the Green party will stand up in the House and make many speeches. No one will be listening. The Bloc MPs will also make dark threats about separating from Canada. They will not separate. There will be much thumping of desks, shouting of insults and heckling of speeches. There will be exaggerations, obfuscations, deflections and dishonesty. Pundits will wonder why voter turnout is so low.

Journalists will break breathless stories about secret meetings (which were not secret), explosive revelations (which do not explode), and troubling findings (that trouble no one).

In 2020 there will be a great deal of talk about how Canada must build a new foreign policy that depends less on the United States and engages more with China and other emerging powers. No such foreign policy will be built. Canadians will talk about how much they support peacekeeping. Canada will have no peacekeepers. Everyone, even the Conservatives, will finally agree that something must be done to save the planet from climate change. Nothing will be done.

Industry experts and CEOs will warn us about the looming and inevitable collapse of Canada’s automotive, newspaper, oil, shipbuilding, dairy, telecommunications and aerospace industries. None of these will collapse.

READ: The most important Canadian economic charts to watch in 2020

Next year the stock market will go up some days and go down on others. Trade volumes will increase in some sectors and decrease in others. Job numbers will be higher or lower than predicted. Economists will go on television every evening and explain how all of this is bad news.

In the year ahead several essays will be written explaining how Canadians are so much nicer, cleaner, smarter and sexier than Americans. Canadians will continue to be indistinguishable from Americans. We will spend a great deal of time agonizing about how consumerism, pornography and social media are destroying our society. Alarmed by this, we will numb our fears with consumerism, pornography and social media.

In 2020 the generational wars will intensify. Boomers will describe millennials as being the worst. Millennials will target Gen Z as the worst. Gen Z will declare boomers are the worst. All of these generations will continue to be the worst in their own unique ways. Nonetheless, all will agree that kids these days are very worrying.

Next year some of our sports teams will do very well. Others will do very poorly. There will be hand-wringing about the state of Canadian hockey, football, soccer and curling. The Toronto Maple Leafs will not win the Stanley Cup.

You will begin the year ahead with many sincere and heartfelt resolutions to be a better person. You will promise to eat less, work out more, be kinder and clean out your closet. You will do none of these things. But that’s okay. Everything is going to be just fine.

This column appears in print in the January 2020 issue of Maclean’s magazine with the headline, “The sound and the fury.” Order a copy of the Year Ahead special issue here. Subscribe to the monthly print magazine here.