My fellow partisans: How we can yell at each other more thoughtfully

Opinion: Jason Lietaer has a nine-point plan for people in politics who see the problem with partisanship—but don't want to give it up completely 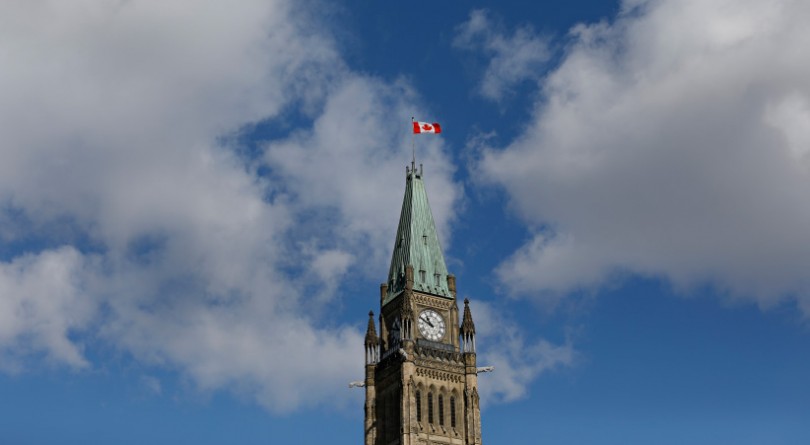 Jason Lietaer is a conservative strategist and commentator who is the president of the national communications firm Enterprise Canada. He is an aspiring participant of championship parades to be held for the Leafs and Raptors.

Over the past several years, fuelled by the rise of social media and an increasingly politically divided populace around the world, excessive partisanship has flourished. It’s a growth industry. If it were a stock, you would buy. You would mortgage your house to buy and then buy a little more on margin, just to be safe.

I think most thoughtful people consider this is to be bad. The tone of the last U.S. election campaign could be compared to a raging dumpster fire, but that would be an insult to dumpsters, to fires, and to dumpster fires.

One of the men in my line of work, a genuinely nice guy named Ian Capstick, wrote a piece in Maclean’s announcing he was done with partisanship. The piece calls for more empathy, more reasoned debate and a little bit of self-awareness. It’s better for our collective mental health, he argued.

He’s right. The problem, though, is that not all of us are ready to give up partisan politics. So I wanted to take Ian’s thought further, and present a user’s guide to stopping the madness—and who better to advise on reducing partisanship than the guy who ran Stephen Harper’s war room and called a Liberal op-ed “complete and utter horses–t” on Twitter just this week? (See? A little self-awareness and humour can go a long way!)

Since most of you out there aren’t TV or radio personalities, I’ll mostly use social media examples. But for those of you who are partisans on TV and radio: we see you too.

To fix the problem, we first have to identify the problem. As I see it, there are six major kinds of partisans we all run into. We could spend weeks subdividing them into kingdom, phylum, class and species…but that’s probably a job for the minister of science.

Here are the groups we’re dealing with:

The Bot: If you’re spending your day arguing with one of these, just delete your account. You cannot be helped. These, as evidenced by their name, are not actually quite … people. The account in question may be run by the Russians, the CIA, Mossad, or just a nerd in the school lunchroom, but it doesn’t really matter. Usually the avatar is a woman in a bikini, a man whose face is obscured by a scuba mask, or it’s a picture of a bumper sticker or billboard associated with some ridiculous issue.

The Troll: Although the Troll’s actions are virtually indistinguishable from the Bot, this is an actual person. Their defining characteristics are a density that is only approached by volcanic rock, and a penchant for non-sequiturs and whataboutism (the ancient science of dismissing any follies of your own party with seemingly analogous examples from your opponents). Despite Darwinism, they are surprisingly common. This is the kind of person who sits at a family gathering insisting that the local mayor is on the take because of a zoning variance, makes fart jokes and takes the last piece of pie for good measure. They are—simply put—jerks. There is nothing to be gained by entering into a dispute with them. Do not approach unless you like to be called names, have all day to debate a fool, or are in desperate need of more Twitter followers.

The Impenetrable Wall: A true hyper-partisan, this group has never seen their preferred party make a mistake, has never seen anything from the other side that might be a good idea, and never, ever, resorts to facts to buttress an argument. Often polite and well-mannered, they are the kind of person you meet for a drink but make damn sure you’ve built in an excuse beforehand so you can leave immediately at any moment. If they try to use facts, they are out of context or flat-out wrong. Do not try to approach one of these in the wild without a net or a gun loaded with tranquilizer darts.

The Phony Listener: A close cousin to the Impenetrable Wall, but a nicer version. They have the effect of a cross between a therapist and a teacher. They are just as attached to their positions, but they are presented with a sanctimonious “more in sadness than anger” tone. Oh, there will be pats on the head and subtle bridging: “I understand your point, but I think the most important thing is…” The effect is the same: minds are not changed. Ever. If you deal with this group, try to have some fun. Call out their hypocrisies and gently make fun of their biases. It drives them crazy. Personal note: I adopt this helpful persona when I try to drive progressives mad.

The Snake In The Grass: Perhaps the most infuriating group, but possibly my favourite because I sometimes inhabit this arena when I’m feeling frisky. Usually a “semi-retired” smug politico or a still-working certified media party elite, these folks use barely perceptible language shifts to push the point of view of their side, while seemingly flying above the fray. The worst part: they really don’t even know they’re being partisan. Many inhabit the salons of Ottawa or just simply Air Canada lounges congratulating themselves on how enlightened they are. The media members from the left will generally be found signing a contract with the Trudeau government within a few months to provide communications support; on the right, they are anxiously awaiting a Doug Ford premiership so they can get raises by working in the public sector.

The Prototype: This individual considers all points of view and emotional context before making an opinion. She reacts to opponents’ arguments with empathy and self-reflection. He thinks before acting and does not get angry or intolerant. Facts are brought forward and discussed. Every interaction they are involved in is collegial, minds are sometimes changed, and everybody feels great afterward. Note: As you know, this person does not actually exist.

So how do we move from Troll down to the Prototype? I’ve got a few handy rules. Some of them I even follow myself!

Do not ascribe motives to your opponents. This is more important than all the other rules combined. It’s the root cause of most problems. If you believe in your heart that your opponents are trying to destroy the country, you are a jerk. It’s just science. I can guarantee Stephen Harper wasn’t trying to wreck the country, and Justin Trudeau isn’t either. Mulroney, Chretien or Martin: ditto. Get it out of your mind. They might have the wrong ideas in your opinion, but these people are trying to do what they believe is the right thing and got into politics for the right reasons.

Be hard on the issue, not the person. Or disagree without being disagreeable—whatever cute phrase you want to use. Treat people online as you treat your colleagues at work. Too often we treat each other online as though we are warring spouses involved in a divorce filing. Treat people with respect, and if you can’t, go throw the ball around with your kids. Speaking of:

Get an identity outside of politics. Pick up a hobby. Take up interpretive dance. Go exercise. Go for a drink with somebody who can’t recite the names of all the current premiers. Just get off your phone. This is key for young political staffers—trust me, your life is better when politics is part of your life, not your whole life.

Get some friends on the other side. I implore you: meet some people of the opposite political persuasion. You’ll be shocked how much it will broaden your horizons. By the way, this advice goes for pretty much everything in your life. If you’re homophobic, hang out with some gay people. If you find yourself thinking racist thoughts, go meet a more diverse group of people. Shocking what you may learn.

Admit when you’re wrong. It’s tough. I get it. But it’s freeing. If you mess up, put your hand up and move on. If fewer people are entrenched, real discussions can happen.

Media is not the enemy. For conservatives: most media doesn’t love us. Get over it. It’s not changing. For Liberals: you’re governing the country. There’s gonna be tougher questions for you. Drop the sanctimony and get back to what you do best. For the NDP: sorry guys, if you want to be considered to lead the country, the stakes are higher. You have to get ready for the scrutiny and be better.

Get off the talking points already. This is mostly for TV and radio folks, but man, it’s tiresome. Spend an extra couple of minutes to put it in your own words. Listen as much as you talk. Respond to debate. Ask a question or two of your fellow panelists. Try to say something nice about your opposition. You’ll be surprised how much better you will be.

Use the Google machine. Before you accuse somebody of bias, read what they wrote. Look online for a few objective facts. Before you beak off, just give yourself five minutes to walk away from your computer, read an article or two, and take a breath.

So there it is: A starting point for all you beginners before going to your first Partisans Anonymous meeting. A nine-point plan that could make you a happier partisan.

Ian quit cold turkey, but you don’t have to. Let’s just be better.