Nova Scotia proves an unhappy test run for the Liberals

Stephen Maher: A front-running candidate with a big polling advantage lost during a summer pandemic election. It should give Justin Trudeau pause. 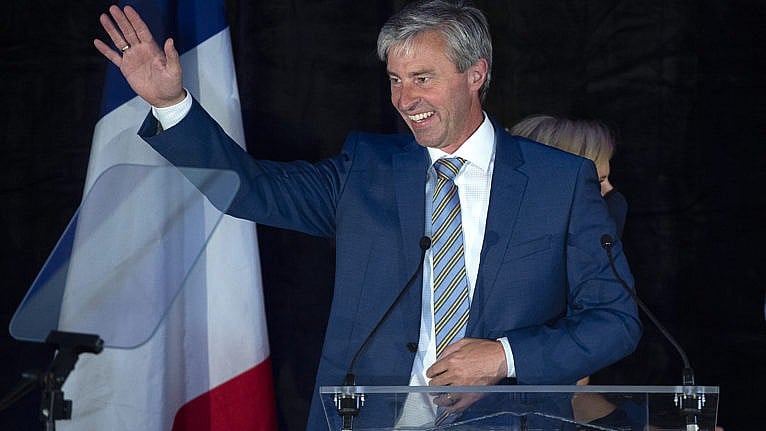 Tim Houston’s upset victory in the Nova Scotia election on Tuesday night might be giving the federal Liberals reason to wonder if they would have been wiser to hold off on the election they hope will give them a majority.

The result is not inherently predictive, obviously, since this is just one small province, and the dynamic in Atlantic provincial elections is typically not very partisan—local issues and personalities are more important than ideology. But, as test runs go, it’s not a good one for the federal Liberals.

The result breaks a streak of Canadian provincial pandemic elections that have been good to incumbents, and it shows an electorate that was ready to be persuaded to change horses. In July, a Mainstreet Research poll showed Iain Rankin’s Liberals leading the Tories 42 to 30. On Tuesday night, the Tories got 39 to the Liberals 37. That means a lot of Nova Scotians—almost 10 per cent of the electorate—changed their vote intention during a sleepy summer campaign.

Nova Scotians, who had been expected to reward the Liberals for what might be the best pandemic management in the Western hemisphere, decided, reasonably enough, to put that aside and consider what the parties were offering for the future instead. And a vaccine passport, which Rankin promised mid-campaign, did not seem to move votes, which can’t be good news for the federal Liberals, who are trying to wedge Erin O’Toole’s Tories with the same issue.

On the other hand, there are several dynamics at play that do not apply to federal politics.

Iain Rankin, 38, took over from Stephen McNeil in February and did not succeed in introducing himself to voters, or at least not in a way they liked.

Former NDP finance minister Graham Steele told me in an interview months ago to watch out for a Houston victory: “Generally speaking, Nova Scotians are very much willing to change leadership when the premiership change is just at a convention. If they like a leader, they’ll stick with them, but they’re quite willing to throw out somebody who just inherited the job.”

During the campaign, Rankin dropped a female candidate, Robyn Ingraham, apparently because of some boudoir photos that she had told the party about, and asked her to say she was quitting for mental health reasons. Rankin never succeeded in addressing that successfully, which made his team look terrible, shaming a young woman who was brave enough to put her name on a ballot. It sent a terrible message to young women considering entering politics, and I hope election mechanics across the country have absorbed this cautionary tale and do not allow this kind of thing to scare away other Robyn Ingrahams.

It was a big miscalculation, because opponents would not, could not, have attacked her for her lingerie pictures, and by dumping her Rankin made it impossible to connect with the feminist NDP supporters who the party was hoping to woo in the city.

And Rankin struggled to explain a drunk-driving conviction and a second charge, raising more questions about his personal qualities.

It is not clear what his team was thinking in keeping him away from reporters during the last week of the campaign, and on election night he started his concession speech before NDP Leader Gary Burrill finished, which was not classy, and then sounded strangely defiant after delivering a big loss, so we might wonder if he is cut out for political leadership.

The only difficult moment for Houston came when one of his MLAs organized a protest blockade near the New Brunswick border, and he ejected her from caucus. She won as an independent, defeating popular former MP Bill Casey, who pointed to frustration with travel restrictions in the border area. Houston’s team seem not to have tried very hard in the riding, likely because they were happy to let her take it out of the Liberal column.

Houston was able to stay on message throughout, and his message was that he was an alternative for voters frustrated with a provincial health system that is delivering substandard care. He was disciplined, energetic and persistent, and voters listened.

Local Tories say the federal brand acted as a drag on their campaign, and Houston was careful to point out that he is progressive. His platform, for instance, mentions Brian Mulroney twice. So there are limits to how many lessons we can take from this provincial campaign. Rankin is not Justin Trudeau. Houston is not Erin O’Toole. Nova Scotia is not Canada.

But if you were a front runner with a polling lead hoping voters will give you a new mandate without much trouble in the course of a sleepy pandemic election, as Trudeau is, the result ought to give you pause.

A happy footnote: Nova Scotians elected a record five Black MLAs last night, an encouraging sign in a province that has often struggled to get beyond a poisonous history of race relations.