Andrew MacDougall: Trudeau's plan will hurt many a pocketbook, and there is a real danger in scoffing at legitimate concerns and criticism 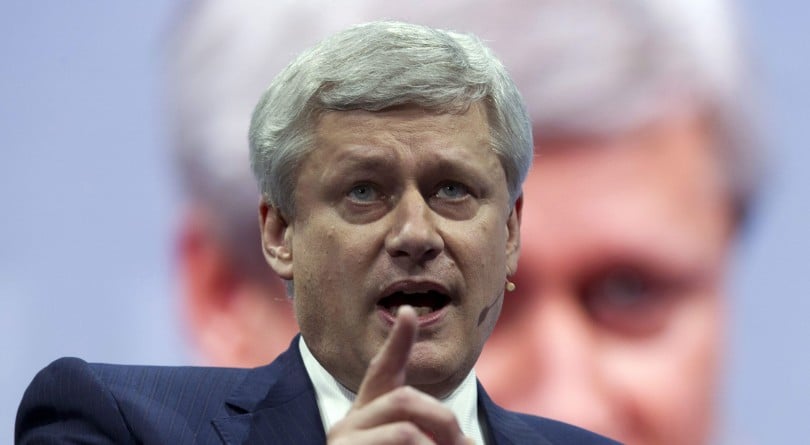 If you drew up a list of eminent Canadians Justin Trudeau will never listen to, Stephen Harper would surely take the top 10 spots.

The current prime minister disagrees with his predecessor so much, he can barely make it through a Question Period without uttering Harper’s name in vain, despite cashiering him three years ago. Trudeau even framed this year’s entire Liberal convention speech around the construct that Andrew Scheer’s smile was now grafted onto Harper’s face. Or something. Anyway, Harper is essentially Colt 45 for Liberals: he works every time.

So when Harper started flogging his book “Right Here, Right Now” and reprising his disgust for all things carbon tax, Trudeau and his advisers enjoyed a collective orgasm. Here was Satan, weighing in against Trudeau’s angels on the almighty question of Saving the Planet™. Liberals everywhere are still tingling.

But on the question of the carbon tax, Justin Trudeau should tune down the pleasure and actually listen to Stephen Harper.

No, not the bit about the carbon tax being a horrible idea; Trudeau has made his bed and now he’ll have to tax in it. I’m referring to the bits of Harper’s book where he says that “globalists” like Trudeau labelling their opponents stupid or dim for opposing their policy prescriptions is a bad move.

On this, Harper is right.

Harper’s “folks” are the people who smell hypocrisy when someone like Trudeau praises action on the environment right before jetting across the country on his Challenger jet for a photo-op to celebrate the go-ahead of a massive liquified natural gas project (which is itself exempt from the carbon tax). And they are further upset when Trudeau then attends a private fundraiser with the wealthy and well-connected before emitting even more GHGs on the way back to Ottawa.

These optics matter, especially when you’re pledging to be virtuous at other people’s expense. No, the business of government shouldn’t stop; Harper’s broader point is that politicians should never forget that their policy choices touch people in very specific ways, and that some groups are more resilient to cost shocks than others.

Increased gas prices might not be any skin off the nose of the executives Trudeau meets with every day, but for many families it’s going to be yet another cost to absorb.

And while it’s true that many in business—including the oil and gas sector—would prefer the predictability of a long-term carbon tax regime, there are many other businesses whose main asset isn’t in the ground underneath their feet who worry that the extra cost of a carbon tax will make them uncompetitive. These concerns can’t be brushed away with a dismissive “we’re trying to save the planet, you dullard, now do your part”.

But drive on seems to be the Liberal game plan.

The L/liberal Twittersphere—helped by the fact that the Conservative climate plan is still nowhere to be found—is busy blasting opponents of carbon taxes as climate laggards. And Liberal MP Kent Hehr, last seen praising Dear Leader for sparing himself the same sexual misconduct remedy Dear Leader applied to him, this week ran a Twitter poll asking whether the government-funded CBC should match Britain’s BBC and deny airtime to “climate change deniers”.

Now, railroading might be the Liberals’ preferred method of getting Alberta’s oil to market, but it’s a riskier strategy for building public support for the kind of tough action that will be needed to actually get Canada’s emissions down to its Harper-set targets. The Liberal plan will hurt many a pocketbook.

The Liberals are betting that having a plan that has yet to bite the average voter, one that is supported by virtually the entire commentariat, will be able to overcome any voter opposition in 2019. It will be the Conservatives’ task to make the Liberal plan’s pain tangible to voters, while at the same time convincing voters they have a more sensible plan. It’s a big ask, and a huge test for Scheer.

It hardly needs saying that global climate challenges are real and that global climate policy is tricky. The Paris Accord, for all its praise, is still slim pickings. Canada isn’t going to save the world; its focus needs to narrow and shift a little closer to home.

The biggest circle any Canadian leader has to square on the environment is actually a line: the border between the U.S. and Canada. There simply has to be some agreement between the two governments on how to tackle climate change before a prime minister can put Canadian business at risk with higher costs under a homegrown climate policy. Especially with a U.S. president who is looking for any reason to reshore the manufacturing that was “lost” to NAFTA.

Scheer should ground his plan in this understanding. The Liberals would do well to pay more attention here too. The Canada-U.S. pairing on the environment is something Canadians instinctively understand.

One thing the Liberals shouldn’t rely on is public opinion, which has been historically loaded with nimbyism on the question of the environment. People will support action until they actually have to take some.

Couldn’t that now be changing? The Liberals should follow Stephen Harper’s advice and ask carefully, instead of assuming their opponents are idiots.