Tess Jieun Ha: Reaching out to people who lost loved ones to COVID-19 was a daunting assignment. But having the opportunity to describe the rich lives of Asian Canadians was an honour. 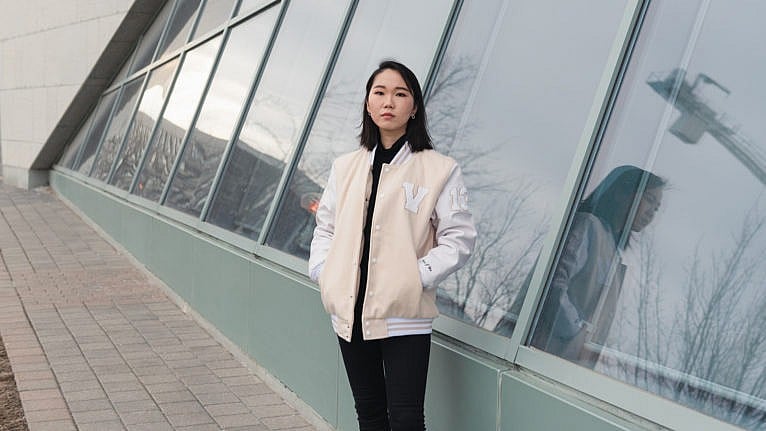 Tess Jieun Ha graduated from multimedia journalism at Seneca College in Toronto. As a Korean Canadian, she wants to share stories from Asian Canadian communities.

“I don’t think that’s respectful for the family members.”

This is the first thing I heard from my very traditional parents when I told them I was writing obituaries of people who had passed away from COVID-19. My journalism class at Seneca College in Toronto was participating in the Maclean’s They Were Loved project.

I understood my parents’ concerns. In Korean culture, people perceive death differently than they do in Western cultures. Our funerals, which stretch to three days, are usually very quiet. There’s no eulogy. There are no heartwarming stories about the deceased that family members share. It’s a different kind of respect we show to the deceased. With this in mind, there was undeniable stress for me as I began my work on the obituaries. I kept thinking to myself, “What if I’m disturbing their mourning? They are already going through so much.” At the same time, I kept reassuring myself that some people would want to talk about their loved ones.

When my efforts to reach the family members of those whose names I’d been given didn’t pan out, I saw an opportunity to take the assignment in a unique direction. I’ve always felt there is an under-representation of Asians in Canadian media. It’s very rare to see interviews with non-English speakers, for example, and fewer interviews mean fewer stories. So I decided to search for victims of COVID-19 from Asian communities. In Korean, I googled “passing,” “Korean” and “COVID-19.” To my surprise, there was only one publicly known COVID-19 death in the Korean Canadian community. 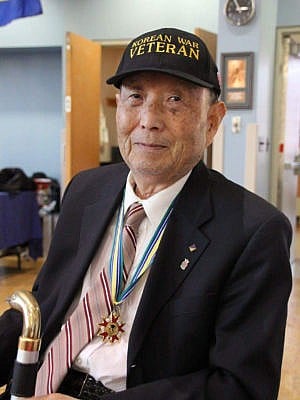 A short obituary for Kyu-Chin “Jim” Hahn was published in a Korean-language newspaper called the Korea Times Daily. I called the newspaper, and the reporter I spoke with generously reached out to Jim’s son and put the two of us in touch. His son, Bob, called me a few days later. There was no hiding that I was nervous during the phone call, but Bob remained calm and gentle throughout the conversation. We agreed that email would be the best way for us to communicate; I would send him questions and he’d write me long replies talking about his dad’s 90 years of life. I also found an autobiography Jim wrote for the alumni website of Seoul National University’s faculty of agriculture. I learned that he pursued agriculture at a young age with dreams of helping developing countries prosper; he achieved the dream when he became a UN consultant. I learned that he immigrated to Canada because, as a veteran of the Korean War, he didn’t want his children to experience war the way he had. I felt grief for his unfortunate death and I began to feel passionate about sharing people’s stories. 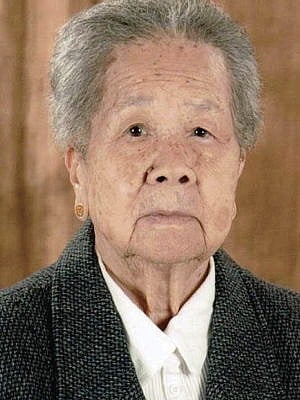 COVID-19 gave rise to anti-Asian xenophobia in Canada and around the world. It was a scary reality that Asians lived in. Through the president of the Chinese Canadian National Council for Social Justice, Amy Go, I learned about the passing of Foon Hay Lum, who died at age 111. I spoke with Foon’s granddaughter Helen Lee, who was already documenting and honouring Foon’s legacy. During our phone call, Helen described her grandma as a resilient fighter who overcame every challenge life threw at her. She raised two children on her own without seeing her husband for decades. She was an exceptional activist in her senior years, representing the lo wah kiu, Chinese Canadians who suffered due to Canada’s head tax and the Exclusion Act in the early 20th century. I can’t even fathom what she must have felt when Stephen Harper’s government made a parliamentary apology to the lo wah kiu in 2006. I felt honoured to commemorate her life.

The obituaries in They Were Loved are short, only about 300 words. They are meant to convey something specific and evocative about each person’s life. While writing about Jim and Foon, I focused on their dreams and how they achieved them. To anyone who knew them personally, my obituaries only cover a fraction of their inspiring lives. But I’ve tried my best to echo the difference they made in the world and show the rich lives of Asian Canadians.

They Were Loved is a collaboration between Maclean’s and Carleton University’s Future of Journalism Initiative. The project works with hundreds of journalism students at colleges and universities across Canada to pay tribute to everyone in Canada and every Canadian abroad who dies of COVID-19. If you have lost someone to COVID-19 and would like them to be included in They Were Loved, please tell us about your loved one.

This article appears in print in the Maclean’s 2021 Canadian Universities Guidebook with the headline, “The chance to share stories.” Order a copy of the issue here. Subscribe to the monthly print magazine here.

FILED UNDER: Canada Coronavirus Editor's Picks They were loved