Our editorial: The federal ethics commissioner holds little power. But if Parliament is unable to sort out Ottawa's ethical lapses, at least voters get to have their say. 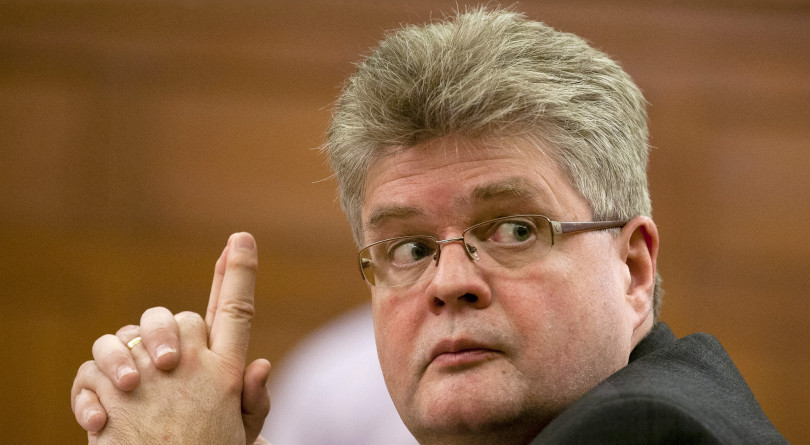 If ever Canada needed guidance on political ethics, it’s now.

And yet with unwelcome irony, federal Conflict of Interest and Ethics Commissioner Mario Dion has suddenly gone missing: last month he took an unspeciﬁed long-term medical leave. While we wish him a speedy return (his ofﬁce told us “he feels good and hopes to be back at the ofﬁce as soon as possible”), the timing is extremely unfortunate. It also brings into focus why the work of the federal ethics commissioner has been so disappointing to date.

In February, prior to his absence, Dion told NDP MPs Nathan Cullen and Charlie Angus that he was conducting his own investigation into possible conflicts of interest around the SNC-Lavalin issue. This has since become a useful ﬁg leaf for Liberal MPs keen to shut down further discussion on the matter—why bother, when the ethics commissioner is already looking into it?

With or without its leader, however, there’s no good reason to expect the ethics commissioner’s ofﬁce will deliver a satisfactory resolution. Recall that prior to Dion taking over last year, Mary Dawson had been the federal ethics commissioner since the ofﬁce’s inception in 2007. Except for her conflict of interest ruling on the Prime Minister’s Bahamas vacation, her position as an independent ofﬁcer of Parliament was not used to its advantage.

Dawson was habitually, and often maddeningly, deferential when investigating potential ethical breaches. It didn’t help that her enabling legislation was equally feeble. The ethics commissioner is mostly limited to issuing ﬁnger-wagging reports, although some modest penalties are possible. Finance Minister Bill Morneau, for example, was given a $200 ﬁne for failing to disclose a villa in France. For similar reasons, the Senate’s ethics ofﬁcer has been unable to force Senator Lynn Beyak to remove letters from her ofﬁcial website, despite ruling that they are racist.

RELATED: How to change the channel on SNC-Lavalin? Let’s sue the opposition.

But perhaps the biggest problem with the ofﬁce is one of truth in advertising. “The title of ethics commissioner is a bit of a misnomer,” points out Emmett Macfarlane, a University of Waterloo political scientist who has closely studied the ofﬁce. “It is not designed for inquiry into broad ethical issues. Its purpose is really to prevent a particular kind of political impropriety involving politicians acting for self-gain.” While Canadians might reasonably think the ethics commissioner’s job is to settle the sort of ethical quandaries now piling up in the SNC-Lavalin ﬁle, the ofﬁce is largely limited to narrow issues of gifts and transparency.

Given his short time in ofﬁce, it’s difﬁcult to know if Dion imagines a more ambitious role than his predecessor by broadening the scope or impact of his ofﬁce. Encouragingly, he has said he’d like the power to levy ﬁnes of up to $10,000. When he returns, it’s possible he will seek to establish a bully pulpit on par with the auditor general or parliamentary budget ofﬁcer and make a difference by speaking out about ethical misdeeds.

But none of this is likely to occur in time to settle the SNC-Lavalin mess. And perhaps it shouldn’t. “This is a political failure and therefore should be considered Parliament’s problem,” Macfarlane says of the constitutional issues raised by the Prime Minister’s interference in prosecutorial matters. Given the gravity of the situation, do we really want a little-known and unelected ofﬁcial acting as the arbiter of decency in Ottawa? “Maybe the Liberals shouldn’t be getting off the hook so easily,” Macfarlane suggests. “Maybe both the Senate and House of Commons need to step up and solve it.” If our elected politicians can’t ﬁnd an acceptable solution to this situation in short order, voters will get a chance to render their own judgment come October.