Ottawa's ultimate betrayal of a wounded veteran and mother 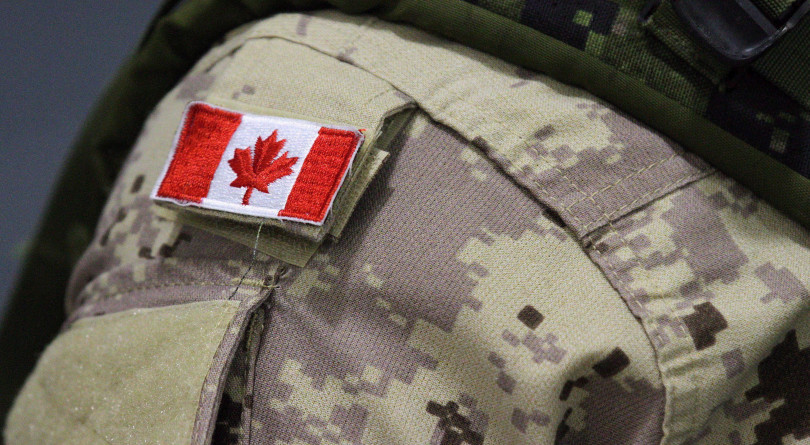 When remembering our military veterans, we often speak of those who’ve made “the ultimate sacrifice.” We mean, of course, those who’ve lost their lives in the line of duty, having given their all in the defence of our nation, our allies and our values.

But there is a Canadian veteran alive today whose sacrifice is actually arguably greater than her own life. And what this country continues to put her through should shame every one of us.

In February of 2006, Royal Canadian Air Force Captain Kimberly Fawcett was a member of a high-readiness unit—she was required to be ready to deploy on very short notice. Her husband was also an officer in the Armed Forces, also assigned to a high-readiness unit, and military policy required them to have a plan in place for childcare for their infant son in the event they were both ordered to deploy.

Capt. Fawcett’s husband did indeed receive orders to report for duty, and with her unit next in line, Capt. Fawcett spoke with her commanding officer. It was decided that they would indeed activate their childcare plan. Capt. Fawcett set off to drop nine-month-old Keiran off with her husband’s parents.

That’s when disaster struck. The road conditions were poor. Capt. Fawcett’s car spun off the road and hit the median hard enough to become stranded, half-blocking a live line of traffic. She grabbed Keiran and tried to get to safety, across the road, but they were hit by a passing truck that had collided with another vehicle. Capt. Fawcett was dragged; her leg was torn off. Keiran did not survive.

READ MORE: The number of soldiers citing medical reasons for leaving the military is soaring

In those few seconds, Capt. Fawcett endured two separate tragedies the likes of which most of us will never face. She lost a limb, and she lost a child. Her other injuries were devastating—bones were broken from her face to her remaining toes. But Capt. Fawcett survived, and recovered, and even served a tour in Afghanistan on a new prosthetic leg. She continues to serve to this day.

All of us know in the abstract that our military men and women go above and beyond for us. We’ve all heard stories of tremendous courage under enemy fire, or of soldiers laying down their lives to save their comrades or endangered civilians. We celebrate those stories and honour those soldiers, as we damn well should.

But Capt. Fawcett wasn’t injured in battle. She lost her son and part of herself and still found the strength to continue serving her country.

But her country, or at least its bureaucracy, isn’t particularly interested in serving her.

Capt. Fawcett has been locked in a legal battle with the Canadian government for years over the costs of her prosthetic leg. By the time it was built and fitted and properly tuned, the cost had risen to more than $30,000. But the Canadian government contends that that’s an expense that must be borne by the captain. Government lawyers have repeatedly argued that in court since Capt. Fawcett wasn’t technically on duty at the time of her accident.

Even though dropping off her son as part of the established plan was done at the military’s insistence, and despite the fact that the captain was doing so with the knowledge and agreement of her (then) commanding officer, the government’s contention ever since has been that she was, in effect, off the clock.

It’s a tragedy, they agree, but it’s not the government’s problem. Thanks for your service, Captain, and sorry about your son. But this tab’s on you.

Capt. Fawcett’s story has made the news before more than once. Each time there is outcry and outrage. A few months ago, the anger was enough to get the federal government’s attention. In response to a question in the House of Commons, National Defence Minister Harjit Sajjan said, “Our hearts go out to her for the loss she has suffered. We are committed to making sure she gets the support she needs, including for the prosthetic leg. Due to the complexity of the decisions made some time ago, this file is very complex. However, we will not only make sure that she has the right support, but we will work through that complexity to make sure we do right by her.”

That was reassuring. But this week, the Federal Court rejected Capt. Fawcett’s latest appeal, agreeing with the government’s contention that she was not on duty at the time of the accident and that her injuries were not attributable to her military service. Since then, Sajjan hasn’t had much to say, falling back on the old, “For privacy reasons, I can’t speak to the specifics of this case” defence.

I’m not going to argue points of law with the court (Capt. Fawcett’s lawyer has said they’re considering an appeal to the Supreme Court). And it’s also important to note that Capt. Fawcett remains in the military, and continues to receive some support from the Forces.

But this is a textbook example of missing the forest for the trees. Covering the cost of Capt. Fawcett’s leg may not be required by the letter of the law or by military regulations, but would any single Canadian argue that it’s not the right thing to do?

Rules and regulations exist and are essential to any organization, none more so than the military, which requires intense discipline. But rules and regulations must not stand between a grateful nation and an honourable warrior’s due. Why hasn’t someone stepped up to make this happen?

Four hundred Canadians agree with me—they’ve donated to a GoFundMe to cover the full cost of the captain’s leg and its repairs. So far, they’ve raised over $21,000 of the $34,000 goal.

That’s wonderful—a tangible demonstration that Canadians care about those who’ve given up so much in service to us. But it’s an equally tangible sign of our pathetic failure to properly and humanely care for our veterans. They deserve so much better than this. They never quite seem to get it, though, do they?