Our children do deserve better 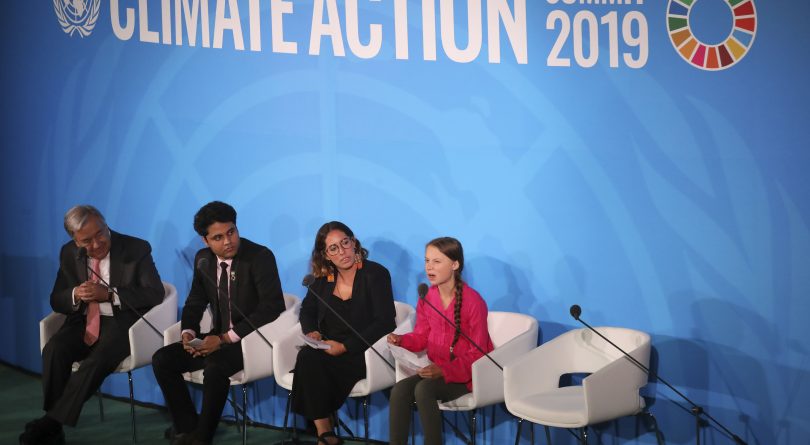 In the early 1980s, a British anarchist who went by the name of Larry Law produced and distributed a series of pocketbooks, called Spectacular Times. The booklets, containing handwritten aphorisms interspersed with art and newspaper clippings, were intended to disseminate the ideology of the Situationist International, an anti-authoritarian movement that began in the late 1950s.

In the first issue, entitled “Images and Everyday Life,” Law makes the following observation: We live in a spectacular society, that is, our whole life is surrounded by an immense accumulation of spectacles. Things that were once directly lived are now lived by proxy.

This observation is interrupted with a block of copy from an aggressive-sell Technics stereo advertisement, then resumes: Once an experience is taken out of the real world it becomes a commodity. As a commodity the spectacular is developed to the detriment of the real. It becomes a substitute for experience.

MORE: Here’s what Andrew Scheer did the day of the global climate march

What Law was pointing to, was a phenomenon that Guy Debord identified in his seminal work Society of the Spectacle. That is, what we believe to be our material reality is so often filtered through public spectacle, whether picnickers at the Battle of Bull Run, politicians clashing slogans from behind debate podiums, or competing pundits engaging in multi-platform spats from Twitter to television panels, that the average participant in a democracy begins to accept the spectacle as a substitute for their own day-to-day realities.

Over the past week, as the Canadian election campaign season hyper-accelerated into spectacle (with a handy assist from the obnoxiously racist behaviours our Prime Minister engaged in a few decades ago), it’s as easy as ever to forget there are actual stakes for living people, and engage in a sort of unofficial campaigning that is completely disconnected from those stakes altogether.

Take, for example, the widespread political response to Swedish environmental activist Greta Thunberg, who led a global climate protest, after speaking recently at the UN Climate Action Summit. News agencies the world over carried her impassioned speech, pleading for the world’s political leaders to take the necessary actions that would avoid dooming her generation to a possible climate apocalypse.

“You have stolen my dreams and my childhood with your empty words,” said Thunberg, seemingly on the verge of tears. “And yet I’m one of the lucky ones. People are suffering. People are dying. Entire ecosystems are collapsing. We are in the beginning of a mass extinction, and all you can talk about is money and fairy tales of eternal economic growth. How dare you!”

The response to this was as predictable as it was absurd. Environment minister Catherine McKenna quote-tweeted Thunberg’s response with a somber message, “The voices of Greta and millions of young people in Canada and around the world are growing louder.  Their message is tough but it must be listened to.” At the climate march in Montreal, McKenna tweeted pictures of herself with marchers, even holding up one of their signs. This, as the government she serves campaigns on a platform that includes the approval of an oil pipeline through First Nations land, into the environmentally sensitive coast of British Columbia, and for the purpose of satiating the desires of the very industries and industrial practices that place the future of our planet in jeopardy.

In other words, the leaders Thunberg was talking about include Canada (and by extension Catherine McKenna). Thunberg said as much this past June.

On the other hand, there was the world’s favourite heel, Donald Trump, mocking Thunberg’s speech. “She seems like a very happy young girl looking forward to a bright and wonderful future,” tweeted Trump. “So nice to see!” And then came the spectacle—politicians and news pundits either retaliating by heaping effusive praise on Thunberg for her bravery, or following Trump’s example by insulting and even slurring her for her youth and disability.

Suddenly we’re no longer talking about the reality of climate emergency—the damaging floods and storms primarily affecting the global south, the grim reality of tomorrow’s climate refugees, and the threat to the global food supply. We’re not talking about the drastic measures necessary to avoid the 1.5C red line detailed by the Intergovernmental Panel on Climate Change, or that the Liberals’ Net Zero campaign, scarce on policy details and relying heavily on financial incentives rather than industrial and technological reform, offers no significant break from the previous administrative kick at the can that, according to the government’s own estimates, leaves us far, far behind the Paris climate targets.

Instead, we’re left engaged in the framework of the spectacle, witnesses to political pro-wrestling, cheering on our respective camps as the floodwaters rise around our ankles. Intellectually, we know the climate is changing, that the glaciers are sliding into the ocean, that Indigenous peoples are displaced as the forests burn and the soil blows away beneath their feet. We know this to the extent that we believe climate action to be the most pressing issue in the upcoming election.

And yet, the best our political leaders can do is cheer on the bravery of a child who never should have had to be in the position to chide them in the first place. Creators of the spectacle to which we’re all witness, and pretending they are powerless to do much besides sit in the stands next to us while mouthing platitudes.

What a poor substitute for political leadership our generations managed to produce. Our children deserve better.