Our expectations of celebrities have changed. Can stars keep up?

Opinion: Award shows like the Oscars have become focal points for our instinct to seek moral leadership from celebs. But that's backwards thinking. 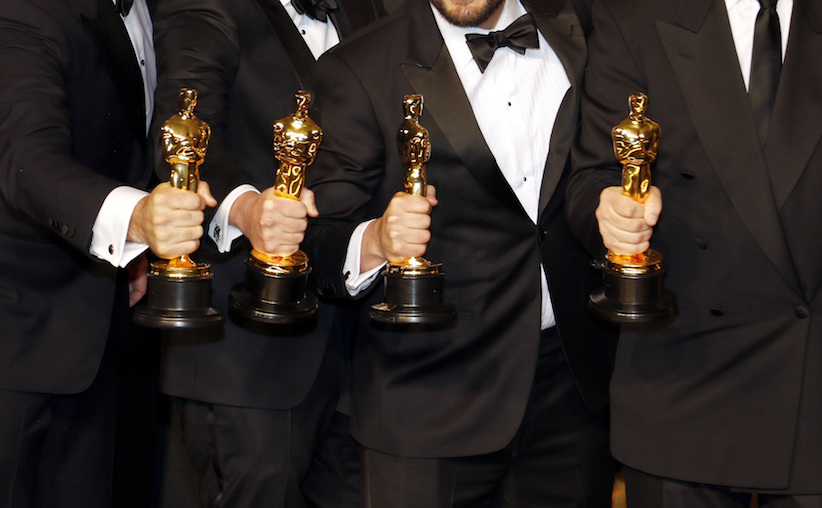 Imagine your perfect 2018 Oscars ceremony. Here’s mine: Dark-horse pick Phantom Thread pulls ahead to win Best Picture. Greta Gerwig becomes just the second woman to win Best Director. The Boss Baby, with its instructive lessons about the unfairness of the financial capitalist system, upsets Coco or Ferdinand or whatever else. In the Best Actor bracket, Timothée Chalamet or Daniel Kaluuya sneak past Gary Oldman, who frustratingly stomps on a Churchillian-scaled cigar in a fit of ungracious annoyance. The overhyped Three Billboards and Shape of Water are totally passed over, and so fade gently into the long history of Oscar also-rans.

Or maybe Mary J. Blige makes a speech. Maybe pretty much everyone involved uses their platform to address the root-and-stem corruption in Hollywood, #MeToo, #TimesUp, and the endemic of gun violence in America. Maybe Jimmy Kimmel makes some jokes. Maybe the excess energy and excitement of the Oscars spills over into politics, and some laws are passed. Or maybe it’s just a big, buoying, cathartic television broadcast.

But here’s the thing: it won’t happen. And not just because Vegas odds put Phantom Thread’s Best Picture odds somewhere near 300:1—it won’t happen because in an age when we look to major awards telecasts and celebrities attired in exceptionally tailored fineries for moral leadership, the Oscars are bound to fail.

They have to. And you know what? That’s a good thing.

A strange thing has happened to celebrity. For the longest time—at least since ancient Athenian athletes were touted as heroes and treated to free meals—celebrity has taken the form of a cult: of personality, of worship, of obsession, a macabre death cult of decadence and self-immolation. From Liz Taylor and James Dean to Kelsey Grammar and Charlie Sheen, we watched the private lives of film and TV stars like we watched NASCAR, waiting for the crash—for something to bang or snap, for the sloven mugshot or rehab stint or divorcee proceedings.

Then, around the turn of the millennium, things changed again. The ascendency of high-speed Internet, smartphones, and the round-the-clock celebrity hounding of TMZ or Perez Hilton ushered in the era of celebrity banality. We’d skim through photos of a bloated Jack Nicholson eating a submarine sandwich on a yacht, or a glum Keanu Reeves slumped on a park bench. We’d see Lindsay Lohan in sweatpants or Britney Spears in a too-short skirt. Far from being golden gods of Tinseltown, we craved celebrities that were shaggy, messy and real. The howl of the era was one of desperate recognition: “Stars! They’re just like us!”

Now, celebrities—who had previously been held to expectations of degeneracy, and then authenticity—are saddled with even heavier baggage: They’re held up as beacons. They’re expected to stake firm, righteous stands against the injustice and abuse that runs rotten in their industries, and in society writ large. We expect them to stand for something, where once we might have delighted in their inability to stand upright at all. In our culture, movie stars and musicians are being dubiously recast as moral leaders. Look at Colin Kaepernick, Jessica Chastain, Oprah Winfrey, Rose McGowan, and others who have captured the progressive imaginations of the culture.

Increasingly, the conspicuous display of moral rectitude has become the primary spectacle of major awards shows. And more and more, the idea of “celebrity” is itself legitimized through this very same sense of virtue. Where our worship of celebrity used to cover for a deeper contempt of the same idea, now celebrities are worshipped, less complicatedly, for their capacity rise to virtuousness. In our age, political inspiration amounts to not much more than a howling vacuum. And celebrities (or some of them, anyway) are expected to occupy this empty space.

Still, even the idea of a “good” superstar—that is, someone who is morally upright—poses a problem. Expecting celebrities to act as the culture’s moral compass is not only a big ask for people who make their fabulous livings playing pretend on screen or singing popular songs, it’s also a little ass-backwards. Celebrities don’t lead us or the culture; they are following it.

“The power of kings and magistrates,” wrote John Milton, “is nothing else, but what is only derivative, transferred and committed to them in trust from the people.” Milton was offering an early description of what, in the philosophy of politics, is known as the consent of the governed. Basically: political power is only just when it finds an accord with the will of the people. And so it is the people, and not the kinds and magistrates, who determine what is just and good. If we do indeed expect celebrities to perform the same function, if only in a symbolic way, then it only follows.

If we truly believe that Gerwig or Ava DuVernay have the power to smash the Hollywood patriarchy, it’s because we believe that that is a noble end; it is not because Gerwig of DuVernay or whomever else are dictating our collective political energies. And if we are to mistake movie stars and showbiz impresarios for political figures, then it follows that we recognize what came first, the politics or the politician—that is, celebrities’ power and perceived moral authority is entrusted to them by the culture as whole, and not the other way around.

This backwardness is already embedded in our reception of awards broadcasts. Commentary on the Golden Globes and Screen Actor’s Guild ceremonies earlier this year was marked in certain quarters by a disbelief that certain films (like Oscar frontrunner Three Billboards, a film about race in America that strikes many as not particularly sophisticated about the subject of race in America, having been assailed for its “emotional and metaphorical confusion” by New York Times critic Wesley Morris) and actors (like The Darkest Hour’s Gary Oldman, a noted Hollywood conservative) were bringing home the hardware. Whatever the qualities of the movies or performances themselves, this way of watching award shows suggests that feting them seems to fail The Moment. Even Oprah’s speech at the Golden Globes, as rousing as it was, felt so well-received because she was hitting the “right” notes, as if there was already a rubric for what constitutes a superlative awards show speech, drafted in secret with the unknowing participation of the culture at large.

Perhaps there is nothing egregiously “wrong” with how we’ve come to see celebrities. It’s easy to stake out a different high ground that’s moralizing and even more painfully self-righteous by saying that celebrities don’t matter, for instance—that the real heroes are teachers and firefighters. But the reality, dispiriting as it may be, is that stars and celebrities and awards shows do seem to matter. For better or worse, people—and impressionable people especially—look to them. And it’s probably better to look to them and find an aspirational set of values than a charge for coke possession. Speeches, too, are inspiring on their own, whether you’re asking people to fight on the beaches and landing grounds, or encouraging marginalized groups to assert their personhood in the workplace. But to vest celebrities with our hopes for political and social change is to divest our own hopes. We should be aiming to encourage not celebrity leadership but celebrity advocacy, undertaken not on behalf of the culture, but in response to it.

So in the event (or eventuality) that the Oscars are seen as an unmitigated disaster or even a mere disappointment, and that our stars and celebs sputter and miss their opportunities to productively seize the spotlight and howl with unambiguous force about equality of pay and equality of opportunity and new day dawning for general decency in America, then that’s something we should find faint encouragement in. If the Academy Awards fail, it’s because we held them to too high a standard. But for enforcing such a lofty pedigree, anyone who demands more of our pop culture demands some kind of trophy.