Our Western silence is stupid

Shannon Gormley: By now we know the costs borne by Hong Kong protesters include hammer blows to the head, bullets to the shoulder and pepper spray to the face 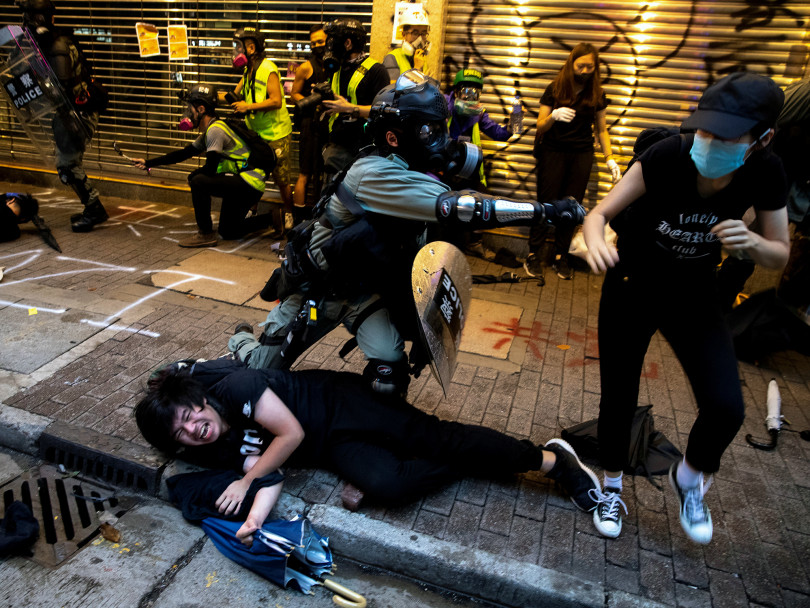 In reply to the three words that democrats have spoken for several months in request that people make sacrifices for liberty, those same words, or something close to them, are now offered by others as a complaint; liberty, the nerve of it, has the temerity to ask people for sacrifices.

I grant you, this grievance against freedom’s requirements was filed by an unlikely actor this month—Lebron James—in opposition to an even less likely martyr—an NBA manager, whose tweet in support of the Hong Kong protesters was deleted for fear it might compromise the league’s ability to stand up for its freedom to charge hundreds per ticket to basketball fans in mainland China. (“Yes, we have freedom of speech,” said Lebron James of the tweet, “but there can be a lot of negatives that come with that as well.”)

Granted, James’s answer to Hongkongers’ pleas for international support lacked the gravitas normally acquired through the regular diplomatic channels, not to mention a shred of empathy for their plight. But at least he was being explicit where international politicians have merely stonewalled.

Millions of Hong Kong protesters have asked the leaders of Western democracies for support as China bludgeons their political system and China’s goons do the same to their people. In reply, the president of the United States has quietly traded their safety for a shot at a trade deal, and may not approve legislation that Congress recently passed to pressure Beijing. The United Kingdom has warned of “serious consequences” for China but has delivered none. Canada and the EU have said something about violence being bad and “inclusive dialogues” with “key stakeholders” being good.

The fact that we have an opportunity to judge the content of James’s statement is an improvement, then; Western leaders are too cowardly even to acknowledge their cowardice, so determined are they to avoid paying any price for freedom while Hong Kong residents bear grievous and manifold costs. By now we know that the costs borne by Hongkongers include hammer blows to the head, live bullets to the shoulder, and tear gas and pepper spray to the face. Their rights to drive through their own downtown, to fly out of their own airports, and to generally go about their lives have been forfeited.

MORE: Hong Kong protestors to democratic leaders: Stand up for us before it’s too late

And so, while they sacrifice everything for freedom while foreign leaders sacrifice nothing for them, Western democracies have been left looking rather selfish. That is the charge levelled against them, on the few occasions when they haven’t managed to change the subject. Selfishness, though, implies that they serve their own interests when, in fact, they undercut those interests. The silence of Western democracies may be immoral; what’s more interesting about their silence is that it is stupid.

Declining to stand up for someone does not always imply to a bully that you will not stand up for yourself. However, when the victims broadly share your political values; when their economic welfare is strongly tied to your own; when you or your allies have made formal promises, enshrined in law, to protect them; when they do all that they can to protect themselves, and what they can do is not enough to save their city or perhaps their lives; and when they explicitly, repeatedly and increasingly desperately ask for your help, your inaction begins to look a little weak. You begin to look a little weak. What you value—democracy, say; freedom, maybe—may look weak. There are, as the saying goes, “a lot of negatives that come with that.”

And here’s another negative, as long as we’re using freedom of speech to talk about those. In addition to sending signals of weakness to China by failing to protect Hong Kong, there is the small matter that Western democracies decline to protect their own freedoms even when pro-Beijing forces threaten them directly: holding citizens for ransom, buying off politicians, snatching territory, and harassing democracy activists. By the time foreign leaders are properly alarmed at the abuses Beijing commits at home and abroad, it’s going to take a lot to convince China that democracies mean business. Credibility doesn’t come free. By refusing to pay the price for others’ freedom, we’re just driving up the costs of our own.