'Overpopulation' alarmism marginalizes those most vulnerable to climate change

Andray Domise: A belief in African and South Asian countries over-breeding the earth into catastrophe has a lengthy history steeped in scientific racism, imperialist arrogance and western paternalism 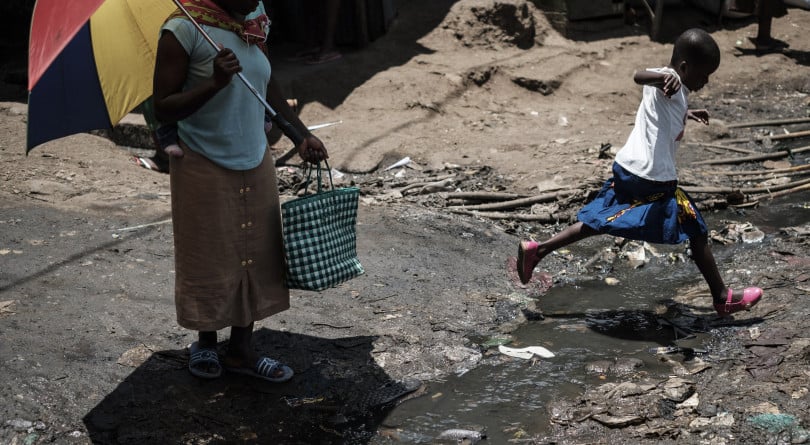 “Within the next decade or so, we are going to pass a number of tipping points beyond which it’s going to be very difficult to recover.” So begins a video titled “Nature’s Emergency,” released by the World Economic Forum, and narrated by the grave voice of broadcaster and conservationist Sir David Attenborough.

The three-minute video, which includes appearances by noted eco-warriors such as primatologist Jane Goodall and activist Greta Thunberg, also features a number of representatives from private firms and non-governmental organizations, such as Microsoft’s CEO Satya Nadella and former head of the UN secretariat of the Convention on Biological Diversity (CBD) Cristiana Paşca-Palmer.

The video itself is of an increasingly common type, juxtaposing the tranquil scenes of sea creatures and primates with the destructive effects of plastic refuse in the seas and smog choking the skies. A rather alarming frame, though, shows young brown children jumping over piles of waste and raw sewage, as Attenborough voices the lines, “the human race produces more waste than it really should.”

READ MORE: Those who suffer most from climate change did the least to cause it

Normally the scene could go unremarked, if it weren’t for the nagging fact that Attenborough happens to be one of the world’s most outspoken doomsayers on an old and hoary threat: that of global overpopulation. “In the long run, we are going to stabilize,” Attenborough mused in a 2018 interview with BBC’s Evan Davis, “at a rather higher level than the earth can really accommodate.”

This belief in African and South Asian countries over-breeding the earth into catastrophe has a lengthy history, much of it steeped in scientific racism, imperialist arrogance and western paternalism. It produces lazy thinking and eco-chauvinistic tropes, blaming some of the most vulnerable and marginalized people on earth for problems they had no part in forming. The recent trend of conflating population growth with a collapse of the human ecosystem—occasionally lapsing into the conversation on climate change—is no different.

Neo-Malthusianism (that is, a resurgent belief that overpopulation will doom us all) gained widespread popularity in the 1960s, with the release of Paul Ehrlich’s apocalyptic tome The Population Bomb. Though Ehrlich’s view was primarily concerned with the earth’s food supply, the rhetoric is similar to Attenborough’s in its clinical simplicity—that humans are producing more useless eaters than our ecosystem can handle.

“I am sometimes astounded at the attitudes of Americans who are horrified at the prospect of our government insisting on population control as the price of food aid,” Ehrlich argued in the book, pleading the case that entire nations—many of which were African and South Asian—be “triaged” into starvation if they do not act swiftly to curb population growth.

RELATED: Can the courts legislate action on climate change?

When it comes to the matter of climate change, however, blaming countries in the Global South follows similar lines. Late last year, more than 11,000 scientists signed a paper titled, “World scientists’ warning of a climate emergency,” which of course warned that “the world population must be stabilized—and, ideally, gradually reduced.” Their accompanying website went further, equating human propensity to reproduce as “adding millions more carbon emitters.”

The scientists, however, failed to note that in the earth’s regions where the population is rising the fastest—again, in Africa and South Asia—per-capita greenhouse gas emissions are far lower than countries like the United States, Australia and Canada. None of the top 20 countries with the fastest population growth show up on a list of the top 20 greenhouse gas emitters, and the only country on the entire African continent to do so is South Africa, whose population growth barely hovers above one per cent per annum.

This new form of eco-chauvinism has produced views bordering on reproductive imperialism from the likes of Bill Gates, who totes population control in Africa under claims the continent “must quadruple its agricultural productivity to feed itself,” even though road infrastructure and barriers to trade between the continent’s 54 countries contribute to a shockingly high percentage—up to 50 per cent for fruits and vegetables, and roughly 20 per cent for grains and cereals—of harvests that spoil before reaching the market.

Under allegations from African members that the CBD under Paşca-Palmer changed “in a way that alienates Africa,” and that she discriminated against African staff, Pașca-Palmer resigned as UN biodiversity chief in November 2019. The announcement from her executive office did not cite reasons for her departure.

Whatever the solutions to our multiple environmental crises, at this point it should be abundantly clear the alarmism around “overpopulation” is for the most part a racialized canard, foisted by people and nations most responsible for our impending disaster on those who are not only least to blame but also the most vulnerable. The least helpful solution imaginable right now, given where we are and how we got here, is to once again look the planet’s Black and brown people in the eye and suggest the least they could do to help is perish.