Pope Francis has condemned capital punishment. But can his legacy endure? 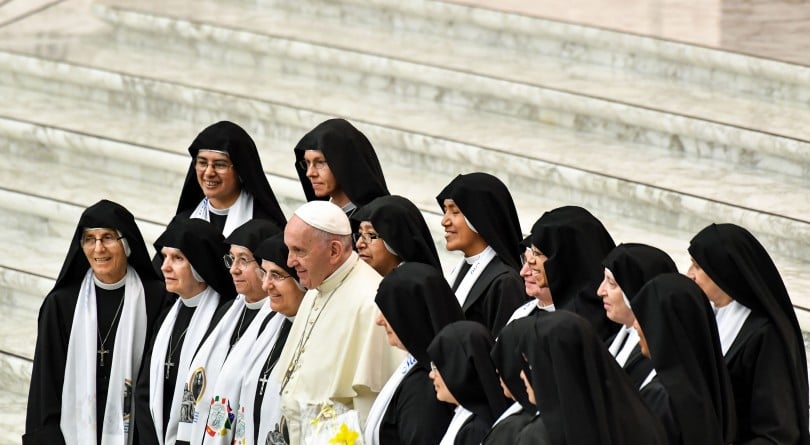 In arguably the most dramatic move of his five-year pontificate, Pope Francis has declared that the death penalty is wrong in all circumstances, arguing that capital punishment is “an attack on the inviolability and dignity of the person,” and that the Church will campaign “with determination” for the universal abolition of executions. Popes John Paul II and Benedict XVI had made their opposition clear, but this represents an evolution of the official teaching—that it was acceptable if it was “the only practicable way” to save lives—which gave plenty of wiggle room for interpretation. Now, however, Francis hasn’t just solidified the teaching, but he has placed it in the Catechism of the Roman Catholic Church, the doctrinal guide to the faith that is central to international Catholicism. It has, as it were, biblical prestige.

But there will, of course, be opponents to this bold shift. Indeed, when Francis deployed the phrase “dignity of the person,” it was loaded: it was also used by the Church in its opposition to abortion and assisted dying, and indeed the chapter in the catechism that deals with capital punishment also outlines Catholic teaching regarding these two issues. The proximity will escape neither supporters nor opponents.

Indeed, it’s largely because of powerful opposition that Francis’s predecessors were reluctant to go any further than their personal opposition, partly because they knew how many lay members of their church disagreed with them—particularly Catholic politicians in the United States, where capital punishment is legal in 31 American states and also at the federal level. Governors Greg Abbott of Texas and Pete Ricketts of Nebraska, for example, are Catholics who proclaim their faith politically as well as personally; both have presided over executions. The late Justice Antonin Scalia, the doyen of Catholic lawyers, wrote that, “I do not find the death penalty immoral.” President Donald Trump’s Supreme Court nominee Brett M. Kavanaugh is a Catholic, as are Chief Justice John G. Roberts Jr. and Justices Clarence Thomas, Samuel A. Alito Jr. and Sonia Sotomayor. They will likely respond just as Paul Martin and Justin Trudeau do over issues such as abortion and equal marriage: We are Catholics, but we govern for all of the country, and must separate church and state. It may be a messy separation to make.

READ MORE: Conservatism is rising in the increasingly polarized Church

But this all goes much deeper than the formalization of a view long held in the Vatican, and is more part of the continuum of a reforming Pope who, at 81 and in questionable health, wants to leave a mark than cannot be erased. Francis is beloved by media, juxtaposed as he sometimes is with Trump’s crass, right-wing populism, and he has made laudable statements about climate change, economic equality, and social reform. But in truth,  very little has changed in Rome. And while capital punishment is controversial, it is realistically an issue that isn’t so divisive as to cause an obvious rift. There remain plenty of no-go areas, where reform would be considered beyond papal jurisdiction, as they contradict historic teachings: the ordination of women, the acceptance of abortion, the recognition of same-sex partnerships as valid and pleasing to God.

Still, Francis has thrust the Church further to the left. But as the post-Obama Trump administration has proven, a disruptive conservative force has the ability to succeed a progressive legacy and dismantle it. Could this Pope’s leftward moves be expunged by a more right-wing successor?

Here is where the inherent contradictions in Catholic teaching occur. The Pope is considered infallible, unable to speak in error, “when, in the exercise of his office as shepherd and teacher of all Christians, in virtue of his supreme apostolic authority, he defines a doctrine concerning faith or morals to be held by the whole Church.” The doctrine was confirmed in 1870 at the First Ecumenical Council of the Vatican, but had been proposed for centuries. Problem is, it was also rejected for centuries by many senior Catholics, and there was a sizeable opposition to it in 1870. It’s no coincidence that this was a time when the Church was under vehement attack in Germany and France, and liberalism was taking hold throughout the western world. It was, in effect, Rome reminding people who was boss.

But it also has limitations, in that it cannot be applied to what are considered new doctrines, but only to affirm what has been taught in the past. But what constitutes “new”? One could convincingly argue that Christ himself had women around him who were ordained, that he fully accepted gay people, and never spoke of abortion. Novelty, it seems, is in the eye of the beholder, and especially the beholder who enjoys ecclesiastical power. It’s also unclear when papal infallibility is even being used, and there’s disagreement about the number of times Popes have spoken thus—some say twice, others seven or even eight.

So the next best thing to an infallible statement is a line or two in the catechism, and that’s what Francis has done. Further editing the catechism around this issue would be almost impossible for the next Pope; such a conservative, backward step would be devastating for the Church’s international reputation. Short of an infallible statement, this is about as absolute as it gets.

In the past, Francis has spoken of the possibility of women deacons, of allowing divorced Catholics to re-marry in the Church, and made some positive noises about LGBTQ equality. But little has been achieved, and indeed on the last subject he’s often dialled back the conversation; it is, for example, more difficult for a gay man to enter a Catholic seminary now than it was under the previous two Popes. On capital punishment, however, the leader of more than a billion Catholics has made an indelible impression on the world’s stage, aligning his institution with the left of the political spectrum, and with the forces of progress and change. He’s opened the door, knowing that within a few years when he is replaced, his successor as pontiff might not walk through it, but nor can he close it again. In a body as rigid, hierarchical, and torn as the Roman Catholic Church, that’s an extraordinary achievement, and a holy legacy.