Protected nominations for MPs are an affront to our democracy

The Liberal Party is debating whether incumbent MPs must go through an open-nomination process again. Here's why they must. 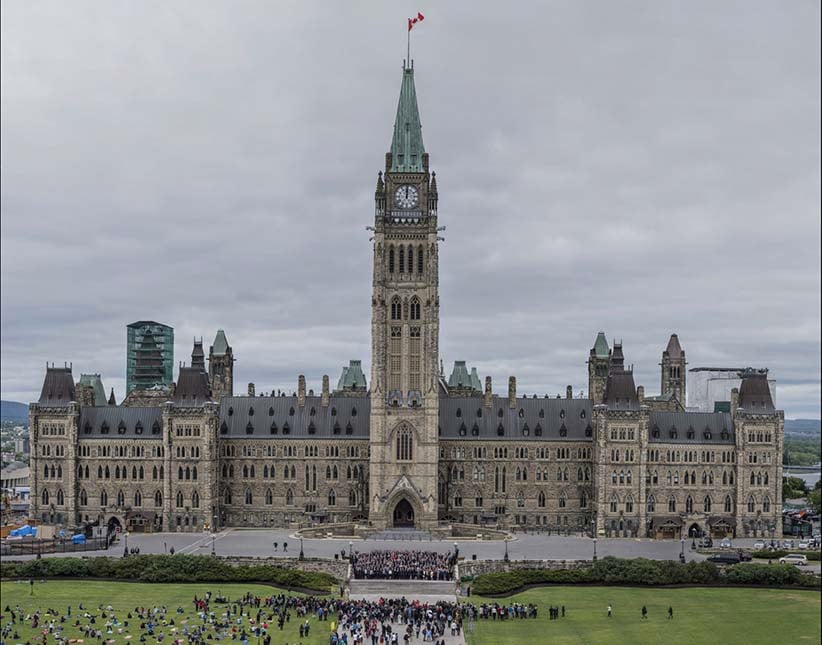 As this parliament nears its halfway mark, and the next election date starts to loom larger and larger, incumbent Liberal MPs are starting to grumble a little about what might happen to them in the lead-up—that is, whether or not the fact that they are MPs means they’ve already locked up their riding’s nomination for 2019.

The situation around party nominations wasn’t top-of-mind in 2015, when Justin Trudeau made a big deal about ensuring that all nominations were open when the Liberals were a third-place party with only 30 incumbents running in the election. Now that the party has formed a majority government, many of the party’s 183 MPs would rather not have to deal with that again, please and thank you.

In last week’s Hill Times, longtime Liberal MP Wayne Easter complained that they were too busy in Ottawa to worry about someone back in the riding trying to undermine them while they weren’t there. In the same piece, Alexandra Méndes, a former president of the federal party’s Quebec wing, said that thresholds could be a good compromise solution when it comes to protecting nominations—that is, incumbent MPs whose riding associations’ war chests or membership rolls hit a certain mark would be protected, allowing for some variability for that number between urban and rural ridings in order to balance out the difficulties of engaging a sparser and population that is more spread-out. While the Liberals continue to consult on what their policy going into the 2019 election will be, the Conservatives’ policy is to protect incumbents that meet financial and membership thresholds, while the NDP insists that they always have open nominations (though sometimes those, like the Liberal nominations of 2015, were open more in theory than they were in practice; see the uncontested nomination of Joe Cressy in the 2014 by-election to replace Olivia Chow, which violated their policy of trying to find a nomination contestant from an “equity-seeking” group).

There’s just one problem: Protected nominations, in any form, are fundamentally at odds with the way our system is supposed to work.

One certainly understands the temptation to want to protect incumbents—they did, after all, win their seats, most of them for the first time. Why would you want to have to defend that turf against fellow party members? But that’s when complacency, and a sense of entitlement, can start to set in. When it’s a riding where the party enjoys strong support already, that sense can quickly make a democracy turn toxic.

When a party moves to protect incumbents by ensuring that they don’t need to fight a nomination race, what inevitably happens is that the grassroots membership has their power taken away from them—something that has been slowly happening for decades under the various bouts of tinkering meant to “improve” our democratic system, but has gradually made things worse. Party memberships are supposed to represent a stake in not only deciding who runs for the party on the ballot locally, but also in helping to determine what the party’s policies will be. Those functions are eroded every time parties try to centralize their candidate selection and policy-making processes.

Part of the problem for incumbents is that the rules of the House of Commons have tightened; an incumbent MP has far less ability to act in a partisan capacity in order to garner support to run in an open-nomination race. If they appear at an event as the MP, they have an obligation to represent everyone in the riding and not just the local partisans of their stripe, and that means less use of party-branded swag or pamphlets. Websites, email addresses and paid House of Commons and constituency staff are also not supposed to be engaging in partisan operations, for good reason. Yes, incumbents have a name-recognition advantage, but in an open-nomination race, would-be challengers wouldn’t be hemmed in by the House’s restrictions.

Part of what makes open nominations important is that it provides an accountability mechanism for the incumbents within the party ranks. It’s a way for the grassroots rank-and-file members to ensure that if their current incumbent isn’t doing a good job, or if they’re seen as particular social dinosaurs in the party—and there have been instances of nomination battles to unseat, say, a homophobic incumbent—there are ways to get rid of an MP without having to vote for another party, even if the MP is in a safe seat. That’s an important part of our Westminster system.

The idea of thresholds is unconvincing, though they do have some utility: they would encourage ongoing engagement in the constituency to ensure that there is a base of party members to keep things vital for a given politician’s campaign. Setting a high enough threshold can encourage the riding association to stay active rather than grow complacent, especially in presumed safe seats. But it also needs to be clear that there are explicit accountability mechanisms for the grassroots to be able to dump an incumbent without the party’s head office stepping in to game the rules in order to protect that incumbent. Without such mechanisms, it would allow the party’s leadership to yet again betray the workings of our democratic system.

Local riding associations must remain vital and have enough power and autonomy in order to keep our democratic system functioning properly. If we surrender even more of their power to the leaders’ offices—an invariable consequence of protected nominations—then we’re choking off the system at its most fertile point, something that will have far more detrimental outcomes for our country than the inconvenience that a few incumbents may have when it comes to ensuring that they’ll be on the ballot again.

Dale Smith is a freelance journalist in the Parliamentary Press Gallery and author of The Unbroken Machine: Canada’s Democracy in Action.