Social media offers a vision of connectedness, writes Andray Domise—but it cannot replace the real-life connections we need to make time for 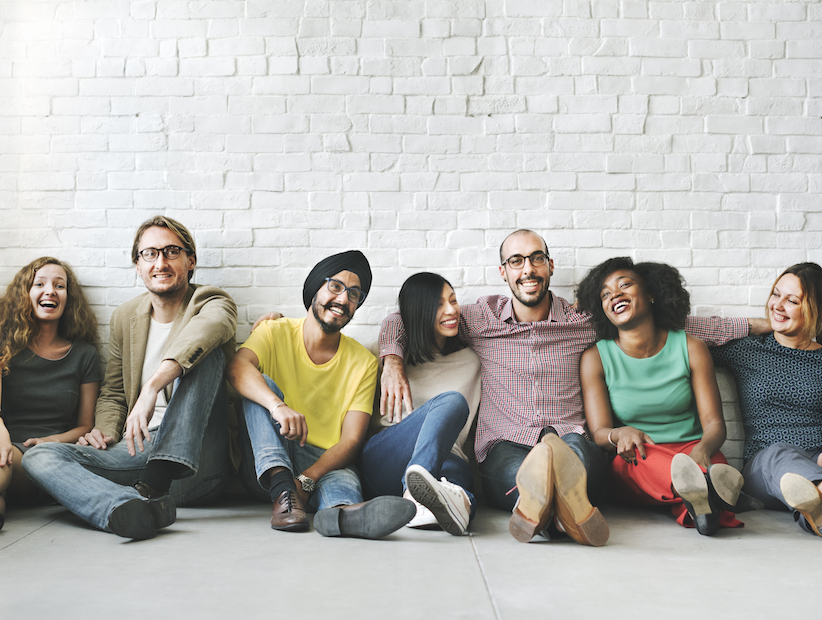 “You have really good friends,” my fiancée recently told me. “You should hang out with them more.” One of those friends had just dropped off a care package—grocery bags filled with fruits and snacks to make her doctor-ordered bed rest a little more bearable. She’s been saying things like this more often lately, and I choose to believe it’s for the sake of maintaining social bonds, rather than shooing me out of the house for some alone time.

We’re both from Caribbean families, but while I’ve long struggled with traditional social etiquette, she hews to them almost religiously. It began with a gentle nudge to spend less time wrapped up in work, and a little more time with friends and family. Then it became fixed dinner times, at the table, no mobile phones allowed. And then I found my weekends booked for dinner with friends long in advance, at our place—where there’s no wiggle room to flake out or fake sick, since the venue is just a short flight of stairs away.

There’s much I still don’t appreciate about the stodgy customs and traditions of my parents’ generation. But where it comes to kinship, community, and social cohesion, I can’t fault their wisdom. In fact, I often wish I was more like them.

MORE: An ode to the snow day

A couple of years ago, I logged into Facebook and found a message request from a friend of a friend. My privacy settings are fairly strict, and the backlog for unchecked messages often get away from me. Some of the messages were a heads-up on community events, some were hate mail trailing some column I’d written, and a slew of them were garden variety spam. De-cluttering the inbox was a chore I mostly avoided, and often times I’d just mark them all read and forget they existed. So when I clicked on this message, I was completely unprepared for the content.

This person had written to let me know our mutual friend had died, and because she knew I’d been visiting our friend in the hospital, she was surprised I hadn’t attended the funeral. My stomach sank. I frantically clicked through the backlog of messages to see if there was an earlier message that I hadn’t received: nothing. I checked my e-mail and phone messages, and there were no missed calls or unchecked voice mails related to my friend whose treatments had gone from critical to palliative in a few short weeks.

And then I clicked on my friend’s Facebook page. A long way down, below a lengthy block of farewell posts, was her sister’s notice of death and funeral plans. I’d relied on a device in my pocket to keep me apprised of a dying friend, and whether due to algorithmic sorcery (given she hadn’t posted much that year), or my simple failure to notice, I missed the last weeks of her life. And then I missed my chance to pay final respects.

Lately, it’s becoming clearer that the social media promise of an interconnected world, one in which we can tweet, poke, and wave across continents, turned out to be something of a monkey’s paw. There’s the saturated ad environment, inveigling users to not only endorse and consume but aspire to become brands. There’s also the pollution of discourse, adding to the already widening ideological gulf through fake news, fake accounts, and self-propagating echo chambers.

And there’s the matter of what it can do to relationships. At a time where side gigs are increasingly becoming main gigs, and even sleep gets traded off for a paycheque, it’s almost a relief to shrug off some responsibility for social bonds and hand them over to the cloud. But there’s a deferred and irrecoverable cost in that bargain. I got another harsh reminder only yesterday when my great-uncle, who gifted me a family story that helped bring necessary context to an article I wrote in 2016, passed away. He’d wanted me to visit him in Jamaica, so he could dictate the oral histories of our family that hadn’t made it into written records. While I was checking ticket prices, he carried those stories away to Glory.

I’ve got dinner plans again this weekend. A childhood friend of mine, who reached out over the fall, that I haven’t seen in 20 years. We’ve both batted around the “busy schedule” excuse for broken plans, but I’m positive this one’s going to stick. Besides, I’ve got a lady at home who could use some alone time. I might even leave the phone with her.