Love in the time of COVID

Our editorial: Most thought that there would be a baby boom as well as a spike in divorces after the Great Lockdown of 2020. Neither of those predictions seem to be coming true. 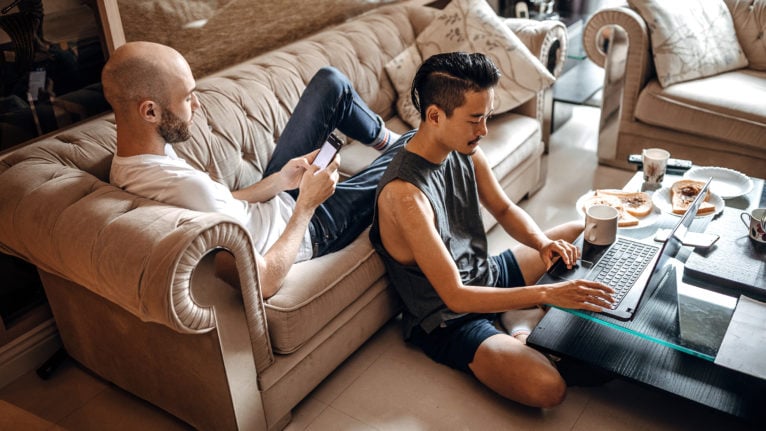 At the onset of the Great Lockdown, two of the most frequent and eagerly shared predictions were that there would be a boom in babies nine months hence, and that we’d soon be witnessing a spike in divorces as well. Everyone, it seemed, figured rules requiring romantic partners to stay isolated with each other were going to have a big impact on relationships, and the country at large.

Now, with restrictions relaxing, it appears neither of those two popular predictions are preordained.

Snowstorms and blackouts may offer enticing opportunities for baby-making, but there’s substantial evidence that lengthy economic downturns or public health crises beget the opposite reaction, as families retrench in the face of mighty challenges. The Brookings Institution has observed the American birth rate fell sharply during the Great Recession of 2008 and the flu epidemic of 1918. Our current situation combines the worst of both events.

As for divorce, while the six-month trend in Finland shows divorce rates are dropping, initial reports that Wuhan, China—ground zero for COVID-19—was swamped with divorce applications once the lockdown was partially lifted have been held as evidence that prolonged periods of closeness will create or exacerbate many problems for couples. But also in Wuhan, as Scientific American notes, “a video shows medical workers—brought in from across China to contain the outbreak—assembled in a large auditorium to see their loved ones, many wiping away tears welling up behind mask-covered faces. One medical worker announces to her partner, ‘When this epidemic is over, I will accompany you to anywhere you want to go.’ ”

“Historical evidence suggests we won’t see a spike in divorces,” advises Peter Jon Mitchell, acting program director of the Canadian social policy think tank Cardus Family. “After the 2008 recession, for example, the divorce rate in Canada appeared to stay even, or may even have declined.” Why might couples stick together when times get tough? “Divorce is expensive,” observes Mitchell, and economic hardship makes splitting up even less affordable. Plus, the closure of many courts may have functioned as a sort of cooling-off period. “There is pretty good evidence that a lot of couples are already leaning into the challenge,” Mitchell says, pointing to studies showing male partners are picking up a greater share of household chores.

So did the COVID-lockdown act as a gigantic, self-administered couples’ counselling session? As isolation measures first took shape in March, Rhonda Balzarini, a post-doctoral fellow in psychology at Toronto’s York University, co-led an international survey of over 5,000 couples trapped together in 57 countries. The project, called “Love in the Time of COVID,” looked at how external stress can seep into interpersonal relationships. “We know stay-at-home measures are causing widespread financial and social disruption,” Balzarini notes in an interview. “But are these stressors associated with conflict with one’s partner as well?” As might be expected, she found a clear link between an increase in COVID aggravation and a decline in relationship quality. These findings are in line with previous studies that have discerned a link between high rates of unemployment and increases in spousal and child abuse, and are supported by some early evidence from our own current situation as well.

But Balzarini’s study also reveals some welcome good news. “Having a partner who is responsive and understanding can mitigate the effect of all this extra stress,” she says. A caring and attuned partner provides what she calls “protective armour” against those numerous outside stressors. “It is not inevitable that [the lockdown] will be negative for every couple,” Balzarini notes. “Some may come out of this in better shape than ever.”

Indeed. Perhaps Philip Larkin was right when he concluded his 1956 poem An Arundel Tomb with words for this moment: “What will survive of us is love.”

CORRECTION, July 15, 2020: An earlier version of this story misidentified Rhonda Balzarini. She is a post-doctoral fellow in psychology who co-led an international survey.

This article appears in print in the August 2020 issue of Maclean’s magazine with the headline, “The measure of love.” Subscribe to the monthly print magazine here.