Opinion: Emmett Macfarlane on the Quebec jurist who will succeed Beverley McLachlin, and the challenges ahead for the court he will lead 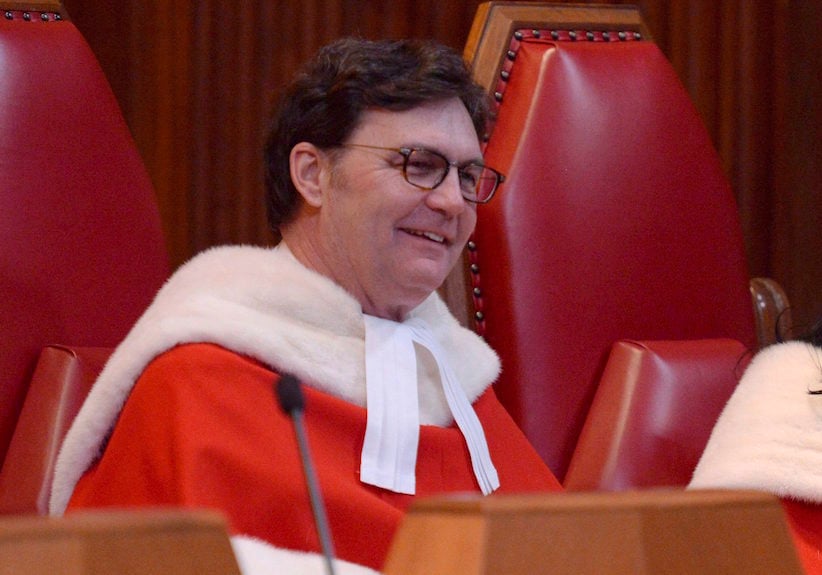 Justice Richard Wagner is shown at the Supreme Court in Ottawa on Tuesday Feb.10, 2015. (Adrian Wyld/CP)

Emmett Macfarlane is a professor of political science at the University of Waterloo. He is the author of Governing from the Bench: The Supreme Court of Canada and the Judicial Role (UBC Press). He was briefly consulted by the Prime Minister’s office on the selection of the new chief justice, and while his views expressed here are consistent with his advice, it should not be construed as necessarily reflecting anything the PMO considered when making its decision.

The elevation of Supreme Court justice Richard Wagner to chief justice was in many ways the obvious choice. It is also the correct one.

Wagner is a first-rate judicial mind and by all accounts is likely to continue the consensus-building and collegial approach fostered by Canada’s longest-standing chief justice, Beverley McLachlin. He is lauded as forthright and clear-minded, both in his judgments and his public statements. He is often part of the majority of the Court on major decisions, but is not afraid to issue forceful dissents on matters of principle. An example of this is his dissenting judgment, with colleague Marshall Rothstein, in a landmark right-to-strike case in 2015.

Wagner’s appointment also adheres to a loosely followed quasi-convention of alternating between common-law and civil-law (Quebec) chief justices. There was some debate among legal observers leading up to the selection about whether the prime minister might go in another direction. Some would have preferred to see Rosalie Abella, the Court’s most senior justice, elevated to chief. The attraction, for some, was also ideological: Abella is the standout “progressive” voice on the Court, in part a result of the fact that all of the other potential candidates, Wagner included, were appointed by Stephen Harper. (Abella was appointed by Paul Martin; Malcolm Rowe was appointed by Justin Trudeau in October 2016.)

This preference briefly intensified in some circles this past summer after Wagner rejected applications by four LGBTQ groups to intervene in the case of Trinity Western University, a Christian law school that required students to sign a code of conduct limiting sexual activity to heterosexual marriage. In a virtually unprecedented act, the Court later reversed this decision, extended the hearing of the case to two days to accommodate the interveners, and issued an explanation to that effect. There’s no evidence that Wagner’s initial decision reflected anything more than an honest restriction given the time limitations, however oblivious it may have been to the politics at play.

Moreover, Abella’s tenure as chief would have been a short stint of under four years. Wagner, at 60 years of age, will have roughly 15 years in the post if he continues until mandatory retirement, something that has the appeal of providing stability to the Court. Further, it would have been troubling if Trudeau had overlooked Wagner on the basis of his appointment under Harper. As Maclean’s own Paul Wells tweeted, “Sometimes avoiding partisanship means not reflexively shunning your predecessor’s appointee.” This too reflects a bipartisan tradition: McLachlin was appointed to the Court by Brian Mulroney and elevated to chief by Jean Chrétien, and her predecessor Antonio Lamer was appointed by Pierre Trudeau and elevated by Mulroney.

What challenges might Wagner face as chief justice? There has been steady turnover on the Court in recent years, and so it remains an open question whether the new chief will be able to marshall unity among the justices in the way McLachlin so often did. The chief justice is really only “first among equals”; it’s important to remember that each justice enjoys individual independence and freedom to go it alone. It will be interesting to see whether divisions emerge on a relatively inexperienced bench.

More fundamentally, there are a number of legal challenges the Court is likely to face in the coming years. The rights of Canada’s Indigenous peoples will remain front and centre in the era of reconciliation, and the Court’s approach to these rights, particularly in relation to the legal principle that governments owe a “duty to consult” has resulted in a lot of dissatisfaction over the past decade. How the Court will apply this principle, and whether it will augment it, is of pressing concern.

And despite more than 35 years of development of the Charter of Rights and Freedoms by the Court, there remain a host of difficult issues. The Court has never fully agreed on the best approach to equality rights—indeed, there are cases where the justices have arguably dodged legitimate equality issues in favour of settling cases on the basis of another section of the Charter, such as the “right to life, liberty and security of the person.”

The Court is also likely to face new cases concerning a handful of recently decided controversies. Parliament enacted new laws after the Court struck down the criminal prohibition on assisted dying and three laws that indirectly banned prostitution. Legal challenges to these new laws have the potential to work their way up to the Court, which may soon find itself grappling with difficult questions concerning whether mature minors or people suffering from depression ought to be eligible for assisted dying. There is also a case challenging the core of Canada’s universal health care system working its way through the courts, an issue that completely divided the Court in 2005.

It will be interesting to watch the new “Wagner Court” as it confronts the challenges that lie ahead. The new chief justice is, by all accounts, well equipped to deal with them.

Correction, Dec. 13: A previous version of this post suggested that all the Supreme Court justices other than Justice Abella were appointed by Stephen Harper.