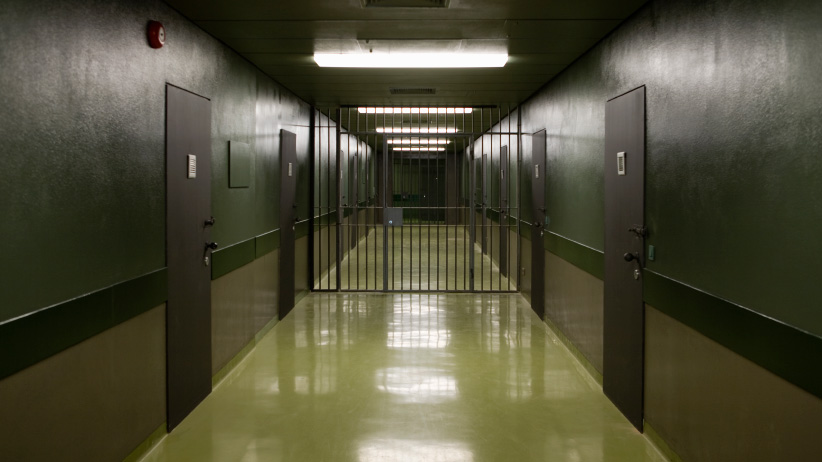 Outrageous. Sickening. Horrifying. Heartbreaking. All of these words describe a CBC report in early August that two more female sexual assault complainants were jailed in Edmonton to ensure their testimony at trial. One was 16 when she was shackled and placed in the same cellblock as the man later convicted of raping her at knifepoint. After ignoring a court order to appear, the second was forced to spend a sleepless night at the remand centre while seven months pregnant (she was spared proximity to her attacker as he was out on bail).

The report follows the public broadcaster’s June story about a woman detained ﬁve nights at the remand centre after she fell asleep and had trouble focusing at a preliminary hearing for reasons never made clear. At least twice she was forced to travel in a prisoner transport van with a man later convicted of brutally stabbing, beating, choking and sexually assaulting her.

Alberta’s Justice Minister Kathleen Ganley ordered an investigation. No doubt it will delve into “systemic” problems with procedure. What these snapshots of inhumane treatment need to trigger, however, is discussion of the insidious ways social class and status intersect with sexual violence—in Edmonton courtrooms or at the trials of Jian Ghomeshi and Bill Cosby. If we did, we’d frame sexual violence as a social justice issue, not simply a criminal one.

READ: Jian Ghomeshi: How he got away with it

Though sexual violence knows no class boundaries, bountiful research indicates underprivileged women are far more likely to be victims, a fact blurred by media focus on campus sexual assault. No surprise, then, that the women jailed in Edmonton were not daughters of industrialists or college students. They were “marginalized,” to quote the CBC—or, in other words, poor, powerless and deprived of family, legal and community support. They’re also nameless, their identities shielded by publication bans that both protect victims and insinuate that there’s stigma attached to being a sexual violence victim.

The woman in the ﬁrst CBC story, dubbed “Angela Cardinal,” was Cree, homeless, on her own since age 14. She’d used crack cocaine but reported stopping before trial, with no evidence to suggest otherwise. Crown prosecutor Patricia Innes was “concerned about her physical and mental state” at trial but didn’t suggest hospitalization. Rather, it was acceptable to incarcerate her close to a man whose attack caused Cardinal to tell the court: “I was praying I would die before anything else happened” (she was killed in an unrelated, accidental shooting in December 2015). The teenager in the CBC story had been in a group home; the third woman was described as a “drug addict and street prostitute.”

High-proﬁle sexual assault trials invariably highlight how social class and status ﬁgure in how sexual violence cases are handled. During Ghomeshi’s trial, defence lawyer Marie Henein subtly jabbed at complainant Linda Redgrave’s social standing to discredit her—in one example, that Redgrave bounced between part-time jobs as a makeup artist and “cater-waiter” on the fringes of Toronto’s arts community. At Cosby’s trial, complainant Andrea Constand’s strong family support network clearly factored in her ﬁling a police report against the powerful entertainer (her mother and brother-in-law, a Toronto police detective, testiﬁed for the state).

Yet surprisingly little research on social status and sexual violence exists. The 2014 study “Young women’s risk of sexual aggression in bars: The role of intoxication and peer social status” offers a glimpse. Tracking Canadian women between the ages of 19 and 29 in bars, it found a link between perceived social status (as measured by the women in the study) and men’s sexual aggression: 51 per cent of high-status women who’d imbibed ﬁve drinks reported being targets; 79 per cent of low-status women did so. Lead author Kathryn Graham, a senior scientist emeritus at Toronto’s Centre for Addiction and Mental Health, posits that intoxicated higher-status women are more likely to be protected by friends; lower-status women tend to be on the fringes and more easily targeted; they’re seen to be less likely to stand up for themselves. This ﬁts with bullying literature, Graham told Maclean’s—“Bullies tend to target weaker victims.”

It’s a point to remember in light of Slate writer Will Saletan’s recent controversial tweet advising parents about sexual assault: “Teach your daughter to say ‘no’ ﬁrmly and mean it. Men sense women’s willingness to yield.” Clearly not all parents can instill such conﬁdence (a better tweet: “Teach your son not to sexually assault woman, and that no means no—in any tone of voice”). Moreover, perception of “willingness to yield” can result from inequity, which is why addressing sexual assault must extend beyond police and courts to support for women (and men) in disadvantaged communities—those with the least work ﬂexibility, child care assistance, access to transportation and legal support.

Meanwhile, in Alberta, everyone from the justice minister to Edmonton Police Chief Rod Knecht are speaking in lovely sound bites about the need to respect and protect victims. Better to listen to what the victim locked up at age 16 told the court about the after-effects of her sexual assault: “I feel embarrassed, vulnerable, violated and alone.” That’s what needs to be ﬁxed.