Not all political fights are power grabs

Emmett Macfarlane: If the decent people implicated by the SNC-Lavalin affair engaged in some self-reflection, Tuesday's decision would not have been necessary. 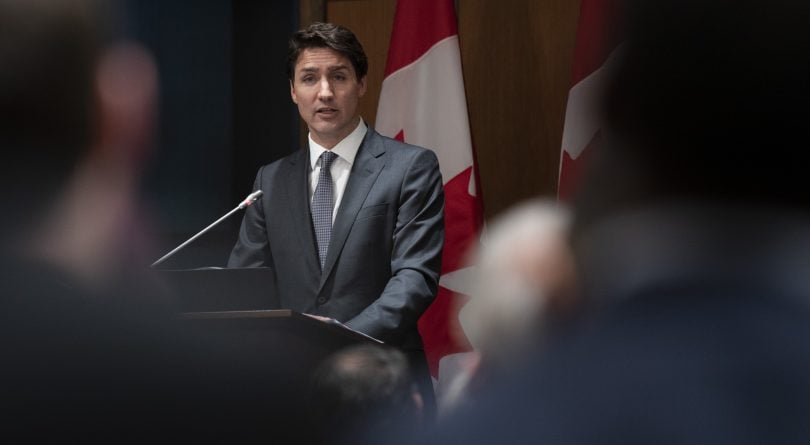 Emmett Macfarlane is an associate professor of political science at the University of Waterloo.

Media coverage and analysis of the SNC-Lavalin affair has been even more bewildering and disheartening than the story itself.

We have witnessed allegations about political interference in a criminal prosecution go from strenuously denied to effectively verified. The literal party line has gone from “it didn’t happen” to “the pressure wasn’t illegal,” as if illegality is the only thing that would make this a scandal.

Yet somehow the debate has not been about the ethical propriety of asserting pressure on the attorney general—an attorney general we now have on tape repeatedly telling the country’s top public servant that she feels these conversations were inappropriate. Instead, the focus has inexplicably been about Jody Wilson-Raybould’s motives. Even more incredibly, Jane Philpott, whose only crime in all of this has been to resign on principle because she didn’t like what she saw and heard, has received the same treatment.

The Prime Minister’s former principal secretary, Gerald Butts, said in his testimony to the Justice Committee that “there’s a grey area in what you think is a political consideration” in responding to questions about what issues were repeatedly invoked to Wilson-Raybould over months, as the Prime Minister’s Office tried over and over to get her to change course. It is the type of acknowledgement that has led some people to conclude this is all a disagreement over interpretation, rather than question why top power players in this country were operating in a grey area in the first place.

So instead of think pieces devoted to the ethics of applying pressure on the attorney general or how best to protect prosecutorial independence in the future, we get risible columns accusing Wilson-Raybould and Philpott of attempting to destroy the Prime Minister. In any other context we would call this out for what it is: blatant victim-blaming.

Which brings us to Tuesday.

Jody Wilson-Raybould and Jane Philpott have been booted from the Liberal caucus and there are still veteran press gallery journalists wondering what they thought they would get from creating this mess.

Whether it was watching members of CBC’s At Issue panel question Wilson-Raybould’s motives (again) on Tuesday night, or listening to another panel of journalists on CBC Radio Wednesday morning note that future politicians will learn not to take the same approach as Wilson-Raybould or Philpott, some of the media are part of the problem in Canada’s hyper-partisan, unprincipled politics.

It is not that covering politics for 15 or 30 years necessarily makes you stupid, but it can apparently blind some to the idea that not all political fights are attempted power grabs. Is it so rare to see politicians act on points of principle that we can’t recognize it when it smacks us in the face? Because to think this was an attempted coup you’d have to possess the mind of a conspiracy theorist (or be Sheila Copps).

In the aftermath of Tuesday’s caucus decision, the discussion turned to whether this whole thing proves or disproves the idea the Justin Trudeau is doing politics differently. There’s no doubt Stephen Harper or Jean Chretien would not have let this drag on so long. Trudeau himself seemed to hint that he tried to be patient and got nothing but trouble for doing so. On the other hand, watching Philpott get dumped for disagreeing with the Prime Minister on this one file (and having the gall to conduct a media interview with Maclean’s magazine on the issue), sure makes the new way of politics look like the old way of politics. Only in Canadian party politics does “working with the team” translate to never publicly dissenting.

But that discussion is almost besides the point. Because a debate over whether Trudeau allowed slightly more dissent for slightly longer than his predecessors masks the fact that there were people doing politics differently for all to see. On Tuesday, they were kicked out of caucus for it.

One need not paint the PMO as composed of moustache-twirling villains to get at what is most lamentable about all of this. Knowing some of the people involved, I’m confident the initial conversations with Wilson-Raybould were out of a true desire to save jobs or explore options. What is disheartening to see is the lack of introspection on the part of the players and, indeed, much of the Liberal caucus, given the fallout. Why would Wilson-Raybould object to these conversations? Why would she go to the extreme of recording a conversation with the Clerk of the Privy Council? Why would Philpott resign?

If the decent people implicated by this story, and the many decent people in the Liberal caucus, including the Prime Minister, engaged in some self-reflection, perhaps Tuesday’s decision would not have been necessary. Perhaps instead we would have seen an apology, if not for wrongdoing, then for making Wilson-Raybould feel as if she was subject to inappropriate pressure. And perhaps we would have seen a promise to examine the relationship political actors have with the attorney general, and the principle of independence in that role.

Because if we had seen evidence of that self-reflection, we could have concluded weeks ago that maybe this Prime Minister does do politics differently.