Our editorial: A subtle shift appears to be taking place, in which perceptions of the application of political power are changing 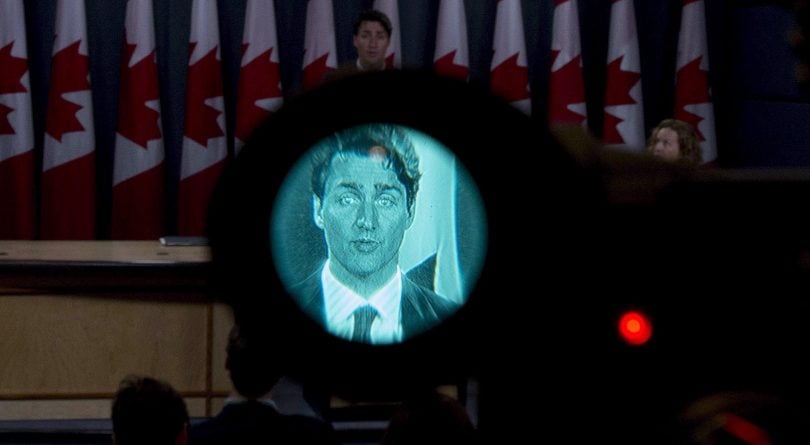 Our social media age is rapidly transforming the uses and misuses of power.

The #MeToo movement, for example, has upended the power imbalance that allowed predatory entertainment executives like Harvey Weinstein to sexually harass young women in exchange for promises of career advancement. Corporations, similarly, can no longer ignore the social impacts of their operations. Even schoolyard bullies are now regularly outed and condemned.

New expectations regarding transparency, autonomy and intolerance for inequities are broadly reshaping modern social dynamics. Will politics—that ultimate crucible of power and authority—be the next to change?

Social media has already had an enormous effect on how politicians raise money and communicate with voters. But a subtle shift appears to be taking place, in which perceptions of the application of political power are also changing. Consider the SNC-Lavalin scandal currently engulfing the federal Liberals. Setting aside the legal details, one of the essential issues involves the motivation for Prime Minister Justin Trudeau’s demotion of former attorney general Jody Wilson-Raybould.

READ: The playing field is tilted against Jody Wilson-Raybould

There’s nothing illegal about such a move. Trudeau can remake his cabinet whenever he chooses, and for whatever reason. Past prime ministers have dealt with ministers in this way since Confederation. Today, however, Trudeau—for all his feminist and consultative credentials—finds himself called out for wielding his power in such a punitive and deliberate way.

Following this controversy, Ontario Liberal MP Celina Caesar-Chavannes then reported Trudeau reacted angrily over the phone when she told him she intended to leave politics. “He was yelling. He was yelling that I didn’t appreciate him, that he’d given me so much,” she told the Globe and Mail. It’s a further blow to Trudeau’s carefully-crafted claim to being a leader with high emotional intelligence.

Yet another example from outside Ottawa. Recently, Lisa MacLeod, Ontario’s minister of children, community and social services, unveiled a controversial new policy for childhood autism funding. When her office sought a quotation from the Ontario Association for Behaviour Analysis praising the minister’s new approach and it demurred, MacLeod warned the group its lack of support would mean “four long years.” One association member said it was “more akin to meeting with a mob boss than an elected official.”

Politicians have thrown their weight around behind closed doors since the days of the divine right of kings. Veiled threats, bluffs, power plays, angry tirades and quick exits for rivals and obstructive colleagues are all part of the Machiavellian playbook that sits on every politician’s bookshelf. Power, and how to use it, is the essence of politics.

And yet something is clearly happening to this age-old tradition. The Trudeau brand has been severely damaged by his treatment of Wilson-Raybould and Caesar-Chavannes, leading to a variety of increasingly desperate defensive tactics, including the resignation of his principal secretary, Gerald Butts, and many unsatisfactory explanations. Similarly, MacLeod felt compelled to recant her mob-boss performance the very next day. “I apologize if my comments made anyone feel threatened or uncomfortable,” she said. Public contrition over the exercise of backroom political muscle would have been unthinkable for previous generations of politicians because no one else would ever hear about it. Now, however, X-ray-like transparency is making regret an everyday occurrence.

If the closed-door bully routine has ceased to work because there are no longer any closed doors, what does this mean for the future of politics? One option, currently on display south of the border, is that political bullying simply migrates into the open. Consider how U.S. President Donald Trump uses his Twitter feed and public appearances to dish out threats, intimidations and insults toward his political enemies. (And even some putative allies.) The result, of course, is a coarsening of political discourse.

It is also possible that the best aspects of social media sensibilities—transparency, respect for individual rights and a rejection of power imbalances—will push politicians to operate in a more collaborative and respectful way. If their actions are always to be on display, wise politicians may choose to act in ways that recognize this.

The upside? Fewer explosive committee appearances by cabinet ministers seized with integrity, as well as an inner peace that comes from conducting politics with authenticity, grace and a moral core.

Now wouldn’t that be a thing.