Statues of limitations: Why the present shouldn't attack the past 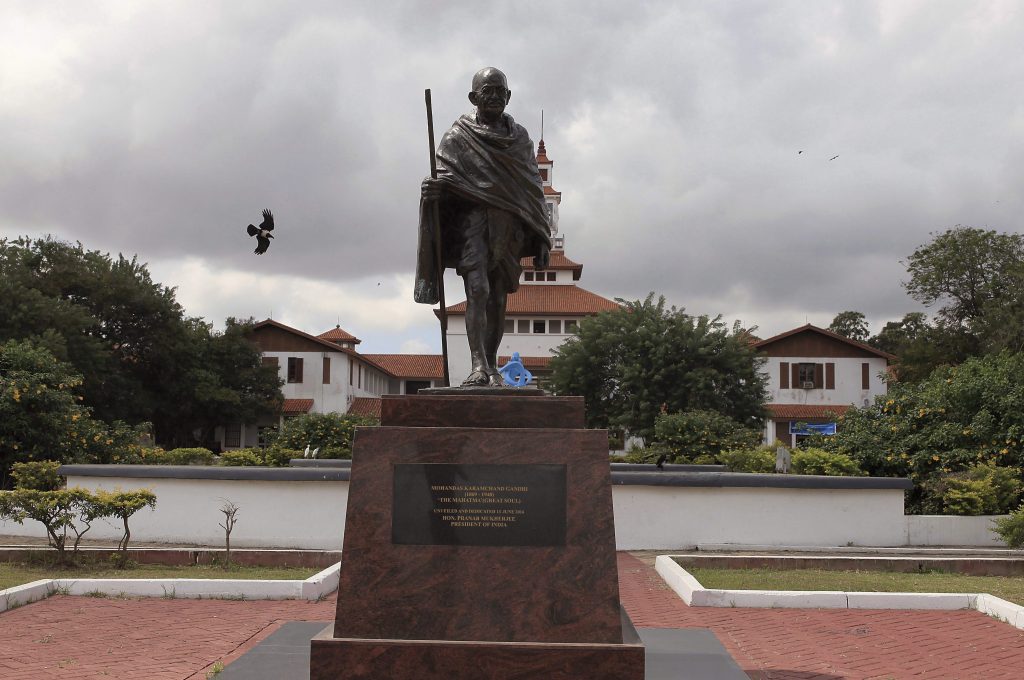 As evidence that the attack on dead, white male European statues would one day morph into attacks on other historical figures, consider how the president of the University of Carleton’s African Studies Student Association, and others recently demanded that it was time to take down the statue of a colonial-era settler on the African continent. This was a person whom previous generations had venerated. But “I cannot see myself worshiping this man,” said the student in question. “Everything I learned about him was a lie.”

The reference was to Mahatma Gandhi. The charge was that the hero of India’s liberation from a colonial power was prejudiced against blacks. That allegation is not new—in his younger years Gandhi did refer to blacks as “kaffirs”, a clearly prejudicial term. For similar reasons, in 2016, professors at the University of Ghana petitioned to remove a Gandhi statue on campus, a move repeated in California, Grenada and London. And of course, in Canada, the city of Halifax removed its founder’s statue, Edward Cornwallis in February, this after demands by local First Nations.

The attack on the past by the present: Three mistakes

The attacks offer multiple examples of a Taliban-like belief in purity. Recall how the actual Taliban, in charge of Afghanistan before 9/11, destroyed two 1,700-year-old Buddhist statues in March that year. According to the Taliban’s Foreign Minister at the time, the statues were destroyed because they “contradict our Islamic beliefs”.

No other Islamic-influenced government agreed with that notion. But the relevant parallel is that a danger exists for past religious icons, and statues of philosophers and earlier leaders, when historical figures fail to meet some current expectation or belief.

Those in charge of the ensuing destruction may be theocratic totalitarians. They might be twenty-something tyrants or academic agitators who wish they did rule. But the temptation is the same: Find a figure with whom one disagrees and agitate to send their legacy, statue or both down some Orwellian memory hole. The result is public squares ideologically cleansed of the past.

We’re overdue for sense to enter into the statue debates. And here are three reasons why statue attacks—minus those on actual totalitarians such as Stalin, Hitler and Mao—are often wrong-headed: First, everyone’s ancestors were illiberal; second, actual history matters in judging the dead; and third, perfection is not a useful way to ponder and assess our past.

Point one: Everyone’s ancestors were illiberal

Let’s start with incomplete modesty about one’s own ethnic or cultural history.

While it is possible that some French or English leader in the nineteenth century held views that would perfectly accord with what most of us would think enlightened today—i.e., that skin colour, ancestry, gender and the like should count for nothing and people should be seen as individuals and treated as such as in law and policy, the bare fact is that Canada in 1867 was a racist and sexist society. (Besides, and important to note, our own age has its own share of faults and follies. Modern “affirmative action” policies, which assume race and gender quotas, are similarly illiberal and anti-individual and will be seen by future generations as similarly regressive.)

But that reality—women did not begin to receive the vote in Canada until 1916 (in Manitoba, followed by the federal vote in 1918, and Quebec lagging behind until 1940) with Aboriginal Canadians did not gain back the vote until 1960—does not mean that any political leaders before such suffrage cannot be celebrated for other reasons. That includes the liberal urge and actions by nineteenth century politicians to end slavery, an effort that included working to end that practice in select First Nations communities.

For example, as anthropologist Donald Leland wrote in his 1997 book, Aboriginal Slavery on the Northwest Coast of North America, “Slavery was a permanent status in all Northwest Coast societies”. The practice of slavery had been in play since at least A.D. 500 and perhaps even for a millennia before that. The Russians and then American tried to stamp it out up and down the Pacific coast with little success until the British finally succeeded late in the nineteenth century.

Here’s the point: Insofar as the charge is that European and British males from past centuries fail in attitudes and actions when contrasted with today, so does every other society’s leaders.  More modesty by everyone would be helpful here. The frank reality is that few of us would care to “break bread” with any of our own ancestors of 100 or, certainly, 1,000 years ago. We have much more in common morally with our neighbours of any background today than we do with those long deceased who share some ethnic or historical lineage.

READ: No marble for the Iron Lady

Which leads to a second point about the attacks on statues or legacies: Incomplete and misleading history also drives the notion that past heroes should be toppled today, or, in the case of Winston Churchill’s statue, defaced.

In a famous speech before the Oxford Union in 2015, and with reference to the Second World war-era famine in India’s Bengal region, Dr. Shashi Tharoor, a Member of Parliament for India’s opposition Congress party, charged that “four million people died because Winston Churchill deliberately as a matter of written policy proceeded to divert essential supplies from civilians in Bengal to sturdy tummies and Europeans as reserve stockpiles.”

But this was nonsense. Dr. Tharoor blamed the wrong leader and the wrong country.

Fact: early in the war, in 1941, due to German U-boats’ sinking of merchant vessels, Britain itself lacked food, fuel and fertilizer imports; they were cut in half by 1941 compared with pre-war years, to under 23 million, which Churchill and others believed below the minimum necessary to feed the British public. The British Prime Minister did reassign some ships available in the East Indies to support the transatlantic shipments but that action was not responsible for famine.

READ: Who will pay for these statues of Jack Layton?

Instead, as Churchill historians William Manchester and Paul Reid pointed out in their 2013 book, The Last Lion: Winston Spencer Churchill: Defender of the Realm, the decisive factor in the Bengal famine was Japan’s decision to pour 20,000 soldiers into Burma’s Irrawaddy delta, the fertile estuary which for five decades had supplied enough rice to ward off starvation in Bengal. But that invasion severed the trade link between the Burmese traders and Bengal and thus the Japanese invasion “broke that connection” wrote Manchester and Reid, “stealing the Irrawaddy’s bounty for Tokyo’s consumption and destroying what they couldn’t steal.”

To put it mildly, Tharoor’s 2015 charge at Oxford, as often happens with attacks on historical figures, lacked critical historical context.

Point three: Perfection is not the standard by which to judge leaders or societies

Lastly, perfection is not a sensible standard by which to judge past leaders: In the case of Churchill, one would hope any attacks on his legacy would also recall his early liberal reforms in Great Britain. And credit him for his inclusivity and promotion of Jewish rights in his country and in the Middle East, and of course his leadership in the Second World War, among his other many other accomplishments in the cause of freedom.

Or Mahatma Gandhi, who was beaten in South Africa for standing up to racist Boers and was a paragon of enlightened tolerance for his age in that nation and in India despite his early regrettable attitudes on race. Moreover, one doesn’t have to approve of his every early word to understand that for millions of Indians, his notion of national freedom was appealing and understandably so.

READ: The push to erase Canada’s racist past

In addition, Gandhi’s early comment about “kaffirs” should be set up against his later attitudes and accomplishments. As Ramachandra Guha points out in his 2014 book, Gandhi Before India, the Indian lawyer’s life was a demonstration of how various communities helped each other against the much more severe and often deadly prejudices of their age.

In 1897, when a white mob tried to attack Gandhi in Durban, South Africa, “it was a European superintendent of police” along with his wife (who used her parasol to keep away the attackers) and a fellow Indian who saved Gandhi from the mob. Eleven years later, in 1908, when angry South African Indians turned on Gandhi, upset about a specific political compromise and physically attacked him, “it was a family of British Baptists who nursed him back to health”.

Such cross-community cooperation was why, later, in urging his fellow Indians not to generalize, he advised the Indian community to remember that “Mankind was one” and that “even if a few whites make the mistake of considering themselves different from us” he wrote, “we must not follow them in that error.”

READ: John A. MacDonald the murderer?

But whether Gandhi, or Churchill or any others who have been or might be the object of statue or legacy attacks in the future, the rest of us should remind others that one can celebrate and cherish such people based on their demonstrable accomplishments and not—as their immodest, far less accomplished critics do—damn them for anything less than perfection.

Perfection is not the proper standard to judge mortals of an earlier age. Rather it is their courage and accomplishment in facing the severe challenges of their own eras.