Tabatha Southey: The Very Sensible Person poses a threat to our democracy 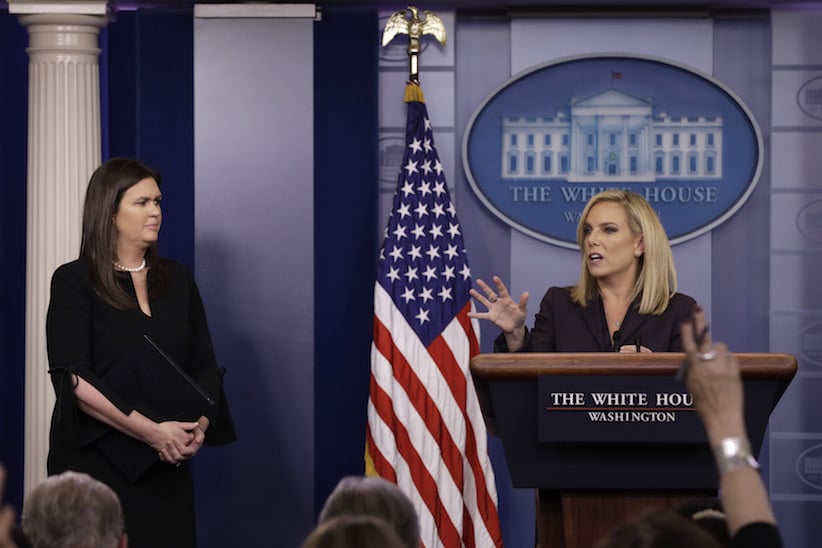 On June 23, the press secretary for a U.S. president who was elected, in no small part, because he maintained that “the big problem this country has is being politically correct,” and in larger part because he described Mexican immigrants as being “not you” but rather “rapists” who bring drugs and crime, and also promised a “total and complete shutdown of Muslims entering the United States,” was asked politely to leave a restaurant after having her cheese tray comped.

This has spurred a lot of “let’s hear both sides!” from both sides—mostly  in the form of pleas for “civility.”

Sarah Huckabee Sanders, press secretary to a man who boasted about how his fame let him do “anything” to women, including “grab them by the p—y,” tweeted indignantly that she had been asked to leave the Red Hen restaurant in Lexington, Va. It seems Stephanie Wilkinson, the owner of the Red Hen, heard that Sanders was dining there, and asked her employees what they wanted to do. They agreed they did not want to serve her.

READ MORE: It’s too late for civility in American politics

The Trump administration has repeatedly attempted to reinstate a ban on transgender people in the military. These are Americans who are just asking to serve, not be served a brace of herb-roasted “Nu-Beginning Farm” quail. Trump hasn’t done so much as recognize Pride Month, and Sanders, far more loyal to Trump than she is to the truth, has personally defended Trump’s call to purge the military of trans people, describing their not-insubstantial presence in the military—which has a long and often distinguished history—as being “disruptive.”

So it’s not difficult to understand where the restaurant staff were coming from on this one. But enough calling out Trump, his staff, or his supporters in the media and congress out on their hypocrisy for now. That’s not what I want to write about. I want to tell you all about the threat posed by the Very Sensible People who might not be too racist for a Republican-controlled Senate committee in 1986, and who may even publicly oppose the bigoted policies of an administration that opted to appoint Mr. Too Racist For 1986 as attorney general, but still feel that denying an entree to Sanders—the main spokesperson for those bigoted policies—is what is really going to bring the republic down.

Most importantly, I want to tell you about one Very Sensible Person in particular. 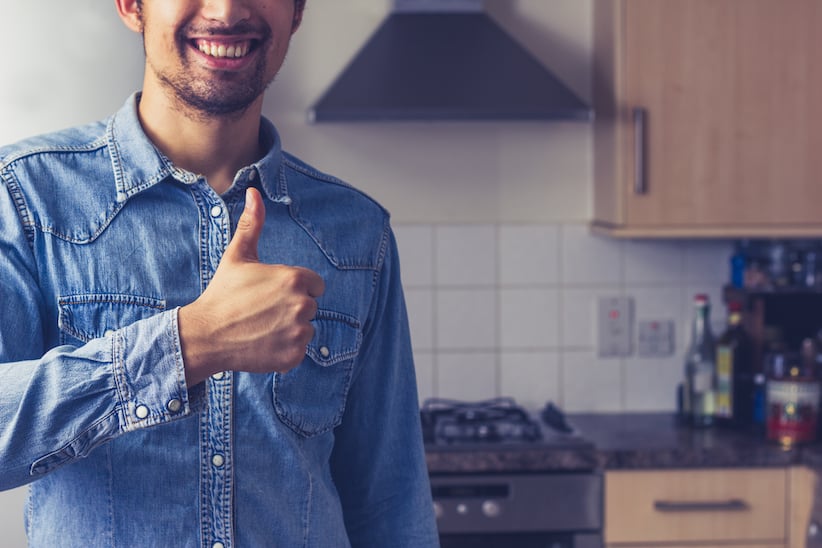 I turned around from adding milk to this morning’s tea to find a Very Sensible Person sitting at my kitchen table.

“I’m a Very Sensible Person,” he said in a calm and reasonable tone of voice, “so my opinion is always relevant, even uninvited. In your kitchen. Which I have not been invited into.”

“I’m glad you recognize that I never invited you into my kitchen, or for that matter, into my house. Could you please leave?” I said to the Very Sensible Person.

“Ah, it seems like you might be personally invested in this matter of me breaking into your house at six o’clock in the morning, maybe even emotional,” Very Sensible Person said. “I think we need to step back a bit, as there are two sides to this argument. I want to crawl in through an open third-storey window and creep down into your kitchen so that I can surprise you while you’re making tea. You would rather I didn’t. The important thing here is that is that we remain calm and try to be Very Sensible about this.”

“Look,” I told him. “You’ve broken into my house, yeah, I’m feeling a bit vulnerable here, a bit wronged even. Isn’t telling you to get the hell out of my kitchen and just generally stop being a housebreaker the reasonable thing to do?”

“I hear what you’re saying,” he said. “But it’s important to separate ‘Very Sensible Person’ the home invader, pursuing a policy of home invasion you may not agree with, from ‘Very Sensible Person,’ the private and ever-so-sensible individual who deserves to be able to live his life free from any consequences for his actions. While I’m here, I have some thoughts on the whole Red Hen situation.”

“Look,” Very Sensible Person said. “You need to understand: I don’t support shamelessly lying to the press and the public in defence of indefensible policies. I’m just saying that if, after consulting with your staff, you take Sarah Huckabee Sanders aside and ask her to leave, isn’t that sinking to her level?”

“I’m pretty sure sinking to Sarah Huckabee Sanders’s level would have to involve at least defending taking other people’s children and putting them in cages with no serious plan to return them,” I said.

“Nope,” he said. “All it takes is the cheese tray thing or maybe interrupting Kirstjen Nielsen’s dinner.”

“Really?” I asked him. “I’m curious now, how do you see yourself? Generally opposed to racism, a patriotic American…?”

“Of course,” he replied, busily reorganizing my cookbooks.

“Well, if you find yourself going pale at the thought of homeland security secretary Nielsen being unable to peacefully sit down and eat at a Mexican restaurant without being rudely reminded that her agency is currently involved in taking children from the arms of desperate parents crossing the Mexican border, maybe you should stop and wonder just how supportive you would have been of disguised protesters destroying hundreds of chests of perfectly good tea just because they didn’t approve of a new tax policy,” I said.

“Nope. I am very sensible and consequently immune to introspection,” he said proudly, while mixing all the forks up in my cutlery drawer.

“I can almost hear you saying, ‘Don’t people deserve to be able to go to church without finding, not just one thesis, but 95 theses nailed to the door?’ ”

“Has someone been vandalizing churches?” he said, shaking his head, shocked and sage-like. “Look, I’m not personally homophobic, transphobic, or misogynist, but you have to understand that aggressive postering is counterproductive to fostering constructive dialogue with—”

“Oh, in that case, I support his brave stance against other long-dead people 100 per cent,” Very Sensible Person said. “I support many activists, mostly the not-living ones who are unable to speak for themselves or take any direct action now. I love those guys.’

“You sure sound like a guy,” I tried delicately, “who would have told the suffragettes that chaining themselves to Buckingham Palace was only going to alienate potential supporters, and maybe they should try smiling more.”

“No, no. Those ladies are all well decomposed by now,” Very Sensible Person assured me, “and they never did anything as potentially disruptive to their society as loudly pointing out the irony of, say, the Florida attorney-general going to see a film about Mr. Rogers while actively advancing destructive health-care policies and doing nothing to stop people in her party from harming children.”

“Look, let’s try something more recent,” I said. “Surely you don’t think that not serving, say, a $26 grilled-very-rare yellowfin tuna to the woman who backed Jeff Sessions up on his ‘Child-snatching, it’s just God’s will!’ messaging campaign goes further than protests against the Vietnam War?”

“No, I would have supported those guys—those were some good tunes—but if hard-working civil servants can’t go out for a $26 grilled-very-rare yellowfin tuna after a long day professionally and soullessly lying to the world, then what are we really winning, Tabatha?”

“I have been somewhat surprised to learn just how many Americans support the idea of ‘a well-regulated militia’ as a means of defence against a tyrannical federal government but find a well-informed maître d’ to be a bridge too far,” I said. “And how do you feel about Richard Spencer getting tossed out of a gym because no one wants to exercise with a white nationalist?”

“How long ago was that?” Very Sensible Person asked.

He’s still here, getting in the way of my sweeping, and any chance of real progress.