Tabatha Southey is, of course, ineligible for a White House run. So she's crafted her campaign around the theme of flagrant constitutional violations. 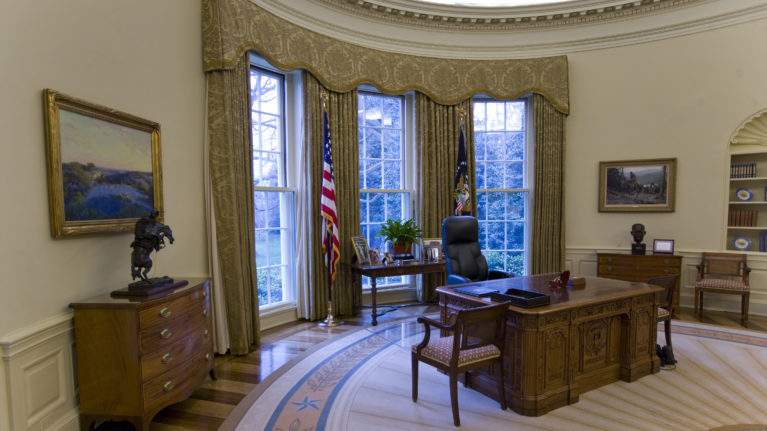 An interior view of the Oval Office when empty, at the White House, during the George W. Bush Administration. (Brooks Kraft LLC/Corbis via Getty Images)

With President Donald Trump boasting that he will “override” any governors who keep churches closed in their states in an effort to curtail the spread of COVID-19, claiming he has the “absolute authority” to force states to reopen and threatening to to punish Facebook, Google and Twitter by executive order, mostly because Twitter tepidly flagged one of his tweets for false content, I am today announcing my candidacy for president of the United States.

Not being an American citizen it is, of course, unconstitutional for me to be an American president, but instead of letting that get me down, I’ve decided to turn lemons into plainly unlawful lemonade and make flagrant constitutional violations the theme for my campaign. If elected, I promise to sign the following executive orders six days before I am actually sworn into office: