Andrew MacDougall: Why are Liberals tweeting and petitioning and fundraising about access to abortion, which is not under threat in Canada? They're in panic mode. 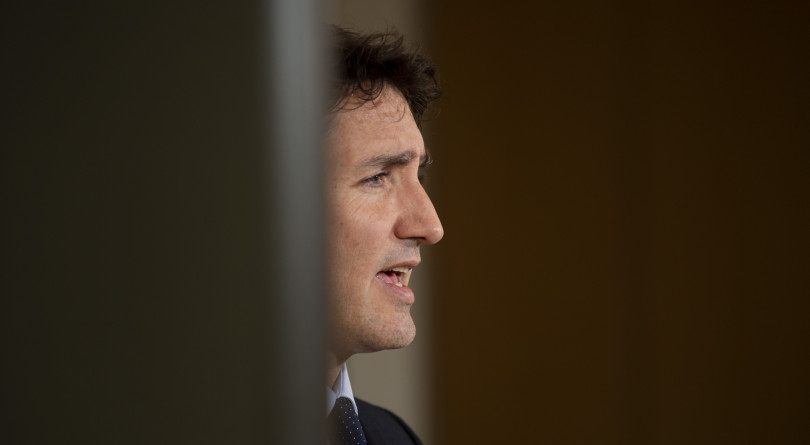 Trudeau responds during a news conference at the Canadian embassy in Paris on May 16, 2019. (THE CANADIAN PRESS/Adrian Wyld)

You know things are going particularly well for the Liberals when abortion becomes the topic du jour.

Stuck in the high 20s/low 30s after months of SNC-Lavalin and a side of Mark Norman, the Liberals have started punching back using Andrew Scheer’s yet-to-arrive climate plan and Scheer’s will-never-arrive plan to limit Canada’s unlimited (though admittedly uneven) access to abortion.

Ah, yes. The “hidden agenda”, a tale as old as (Liberal) time. Gilead is coming to the St. Laurent, even if the ship never seems to set sail.

And yet, after nearly 10 years of government by Stephen Harper and his anti-choice army, you can still get an abortion in Canada. At this point, the political right’s agenda is so well hidden Sherlock Holmes couldn’t find it with a Huawei P30 powered by a trillion Watsons.

Not that it’s stopping the Liberals from re-affirming their commitment to protecting something that couldn’t be under less of a threat. Shorn of a domestic hook for their latest scaremonger, the Liberals were forced to cast their concern all the way to Alabama to reassure Canadians that Alabama wouldn’t become part of Canada anytime soon. Or something.

It would be funny if it weren’t so desperate and indicative of the overall Liberal approach. The Liberals are the ultimate guarantors of everything, except when it comes to actually doing anything about it.

Granted a majority mandate and complete control of the legislative agenda, the Liberals have chosen to do precisely sweet nothing about securing “women’s rights”. That’s right women of Canada, in the Liberals’ eye, you’re not even SNC-Lavalin. Let that sink in. And then get some better lobbyists.

Of course, the correct way to interpret the Liberals’ inaction on abortion is that women’s rights aren’t actually under threat in Canada. There is no hidden agenda, just like there was never a hidden agenda, even if a few dozen MPs might think it’s a shame life isn’t always prioritized.

Another way to read the Liberal abortion gambit is panic about the fragmentation of the vote on the left.

With Elizabeth May’s Greens looking newly feisty, and Jagmeet Singh…existing on paper, the Liberals need to find ways to motivate their potential vote. And while some in the centre might still be wobbling on the Conservative Party’s commitment to not pick up the abortion baton, the real battle is to Justin Trudeau’s left. He needs to convince Canada’s progressives that he’s their only hope, even if he has let them down badly on some pretty major files.

Seen from the left, the Liberal disappointment list includes more than just abortion. It includes electoral reform. It includes openness and transparency. And it includes selling out to corporate interests (hello, SNC). But the biggest disappointment to those on the left who placed their faith in Trudeau has to be the environment, another file where Liberal rhetoric has vastly outstripped result, if not action.

Here, Trudeau is competing, not only against Scheer and his pocketbook attack on the carbon tax, but also with more credible Green alternatives to his left. If voters think the planet is under existential threat they might turn to someone who isn’t in the possession of a pipeline, or a carbon tax that doesn’t get Canada to its Paris targets.

All of which puts Trudeau in a rather desperate place. That’s why we can expect more fear mongering as October approaches. If you can no longer motivate with hope, you turn to hate.

What makes all of this a wee bit dangerous for the Trudeau version of the Liberal Party is that it wasn’t supposed to be this way. The fear mongering about hidden agendas was Jean Chrétien, Paul Martin, Stéphane Dion and Michael Ignatieff’s bag, not Justin Trudeau’s.

In 2015 the people of Canada took a punt on a rookie who promised them some positive politics. It’s unlikely they’ll re-order him based on a steady diet of bile.