The Algonquin grandmothers’ fight for the sacred Chaudiere falls

Jane Chartrand and Michael Swinwood: In the Algonquin tradition, the women played a central role in the governance of the community. The Indian Act changed that. 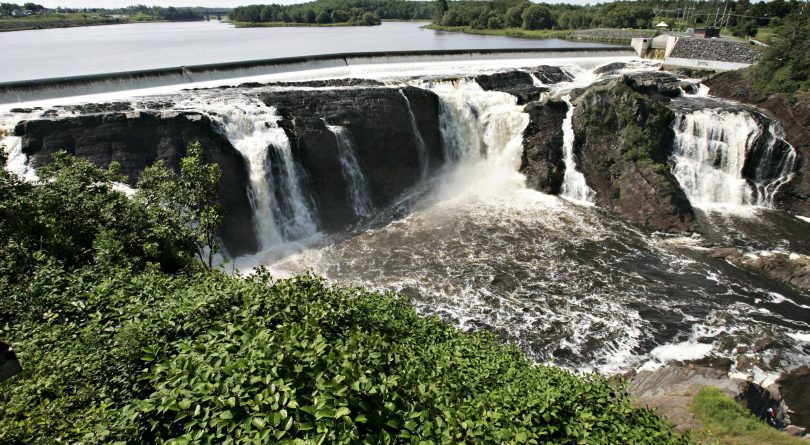 Jane Chartrand is an Algonquin grandmother, pipe carrier and holder of the eagle staff, and Michael Swinwood is legal counsel to Elders Without Borders.

In a book entitled “Matriarchal Societies: Studies on Indigenous Cultures Across the Globe,” the European author Heidi Goettner-Abendroth stated, “Accordingly, matriarchal societies should not be regarded as mirror images of patriarchal ones as they have never needed patriarchies’ hierarchical structure of domination. On the contrary, matriarchal patterns are socially egalitarian, economically balanced, and politically based on consensus decisions. They have been created by women and are founded on maternal values. Matriarchal societies are based on gender equality. All political decisions are reached through consensus among community members, and insightful, thoroughly worked out principles and social guidelines ensure that in the unanimity will eventually be achieved on each issue.”

For the Indigenous peoples, laws, traditions and customs are embodied in the elders. Elders are not senior citizens, but rather men and women of the nation usually referred to as grandmothers (kokomis) or grandfathers (mishomis) who have attained a spiritual leadership role in their community. They carry on the knowledge of their ancestors which kept their communities healthy and alive.

In the Algonquin tradition, the women played a central role in the governance and guidance of the community—the Algonquins are a matriarchal society.

MORE: What the debate around Indigenous genocide says about Canada

Matriarchal has been defined as mother-centered societies based on material value such as equality, consensus-finding, gift-giving and peacebuilding by negotiation. It is a society based on the prototype of mother nature. In Indigenous societies and particularly in the Algonquin Nation, it is based on the clan system, and the leadership of the traditional Algonquin grandmothers and clan mothers.

In Canada, the federal government imposed the Indian Act (1876), and eventually the band council structure as a new form of Indigenous government to eradicate traditional hereditary leadership, and to facilitate federal influence and control. Chief and band councils were created as strictly a male domain, with women were unable to vote or become chiefs or counsellors. By the time this was changed in the Indian Act, the European patriarchal form of government became entrenched as it is today.

One example is presented in the proposed commercial development of the Algonquin’s sacred falls at Chaudiere Island in Ottawa. As chief and band councils from both sides of the Ottawa River were not willing to engage in the protection of the sacred site, the Algonquin grandmothers were forced to take action. A coalition of traditional Algonquin grandmothers opposed the development on the sacred site.

Although this dispute commenced at the municipal level, it is now before the Superior Court in Ottawa, where the traditional Algonquin grandmothers have asserted Indigenous title to Algonquin territory in Ontario, entitlement to stewardship of the sacred Chaudiere falls and adjacent islands, and claims of genocide and apartheid. No one else will make these assertions, and the grandmothers have a responsibility to their people.

The 633 reserves in Canada are 633 examples of apartheid. The Crimes Against Humanity Act defines apartheid as “inhumane acts of a character similar to those referred to in this Act, committed in the context of an institutionalized racism of systemic oppression and domination by one racial group over any other racial group or groups, and committed with the intention of maintaining that regime.”

This is an apt description of the Indian Act of Canada, since chiefs and band councils under the Indian Act are supervised by the Minister of Indian Affairs and depend on annual government contributions for their survival. Because every decision that the chiefs make must be approved by the minister, they have no independence or ability to challenge such a system.

As the Indian Act bureaucracy controls chief and band councils, who will speak to the protection of sacred sites, the land and resources, and reparations for the wrongdoings? There is only one answer: the grandmothers and clan mothers of the Algonquin Nation.

To restore balance to a dysfunctional system, the women have an obligation to take up the leadership based on the laws, traditions and customs of the Indigenous peoples, and not based on the Euro-centric imposed Indian Act.

The Buddha once said there are only two mistakes that can be made on the road to truth. Not going all the way, and not starting. We need to start the discussion on genocide and apartheid, and we need to go all the way. Only when we confront the truth can reconciliation between the Indigenous peoples and Canada’s colonial government be possible.