The barriers for Indigenous women in entrepreneurship 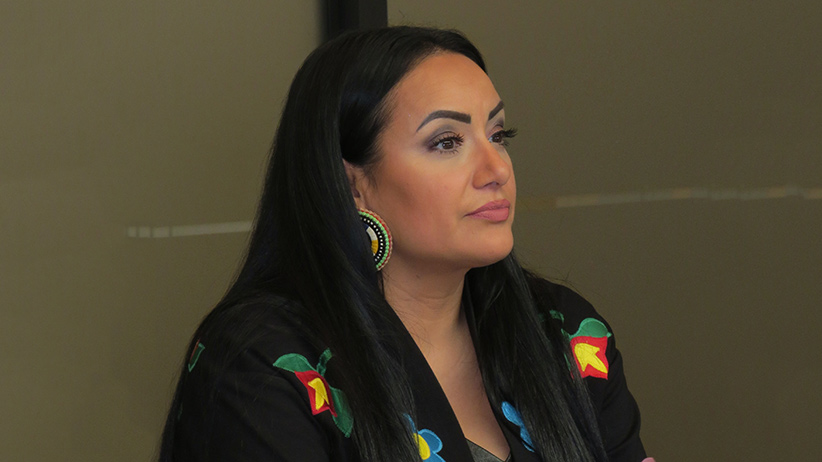 In 2001, I came to a crossroads—literally. One that ended my career as a journalist, and changed my life.

In Edmonton, I was involved in a hit-and-run incident, when leaving the television station I was working at. It was a five-car pile up, and I was the first in the chain reaction. It left me with severe whiplash—and a new outlook.

I knew the Creator was speaking to me before and after the car accident. Before this occurred I was in Saskatoon telling the story of how an Indigenous man ended up with no shoes and jacket on the outskirts of Saskatoon. This is now known as a “starlight tour”: Saskatoon city police had been driving Indigenous men in the dead of winter to the outskirts and left with no shoes or jacket. The daily hearings at the courthouse were heavy, as I lost a family friend to the same fate, my dear late friend Neil Stonechild. I wanted a change—one that would tell the positive side of news and to make change in a country that didn’t see the beauty or who we are as a people. It was after this profound event that I decided to move back to Calgary and begin a journey as an entrepreneur. I’m now the President and Chief Communications Specialist of Muskwa Productions and Consulting.

Over my decade of broadcast journalism as a television reporter, I saw a lot of First Nations communities who felt wary of news media; I have seen community members strike news vehicles with placards, demanding that the TV crew leave the Nation. I don’t blame them: The stories that were covered during that time often portrayed Indigenous peoples in stereotypical viewpoints. So I founded Muskwa Productions and Consulting to work hard towards #ChangingtheNarrative, a hashtag that came to mind when thinking of what occurred then and how we can change the way those stories are told in mainstream media and by doing so, changing Canadian public opinion.

The name of my company itself reflects who I am and my work, to shift the stories back to my Peoples at our fundamental core beliefs. Muskwa, which means Bear in English, is the last name of my mother and my grandfather, who was an entrepreneur at the very start of the fur trade through the Hudson Bay Mining and Smelting Company. My grandfather Angus Bear also operated his own company during his days as a hunter and fur trader, messenger on snowshoes, showing newcomers how to survive and thrive on this new northern landscape, and helping to open up the north for opportunities for our people in Sandy Bay, Sask. He received the Saskatchewan Order of Merit before he passed and went onto the happy hunting grounds. This tenacity and strength is embedded into my genes by my ancestors and I have so much respect for what they had to go through for our current generations and in my work I’m working hard to follow in the steps of my ancestors, as oral traditions remain central in our communications; it’s all a part of storytelling, just in a modern way.

Those sixteen years of entrepreneurship have been rewarding, but they’ve also presented some challenges. In Alberta, the Aboriginal Capital Corporations exist to assist people like myself who would like to start a business. However, because of policies like the Indian Act, introduced in 1876, which allowed the Department of Indian Affairs to manage Indigenous peoples’ lands, resources and money, the big banks in Canada haven’t been as accessible in lending money to Indigenous people, especially women. Indigenous people living on reserves do not own the land they’re on, and the land and assets on a reserve cannot be subject to seizure under legal process.

I reached out to the Indian Business Corporation (IBC) through a friend who was an Economic Development Loan officer. She guided me through the process, and today I am working at creating opportunities for other community members through my business by building capacity within First Nations through training members in communications which includes public/media relations, social media, video production, website content and all other communication tools. I am proud to say that my company is currently assisting to break down barriers and see myself as a conduit to creating alliances between Indigenous and non-Indigenous businesses, governments, First Nations and industries through communications.

I certainly know the ups and downs of running a business, and the IBC assisted my business when I needed to upgrade my technology. It’s truly been a game-changer for me, as IBC sees you as a person and wants to invest into Indigenous business and helping more Indigenous women run their own businesses in Alberta. A new IBC $5-million fund devoted specifically to Indigenous women, who face obstacles but have a great business plan, shows their commitment.

Not all Indigenous women are able to access IBC loans. According to a new study conducted by Impakt, requested by IBC and BDC, one of the diverse and complex challenges that Indigenous women face in pursuing entrepreneurship is a lack of financing, and the IBC has acknowledged that it has a greater demand for loans than they have capital to lend. Other Indigenous women are unable to work full-time due to family commitments, and are stigmatized about a lack of education—specifically financial literacy, lack of confidence, lack of access to male-dominated fields, and other diverse circumstances. There is also a lack of programs designed for Indigenous women that address their gender-specific needs. For example, while not all Indigenous women have children, training programs with no childcare services can be impossible for women to attend. These barriers exist despite evidence that shows that every dollar invested in Indigenous business through an Aboriginal Finance Institution grows the Canadian economy by $3.60.

But that initial loan has gone a long way. In 2009, I was recognized through the Alberta Chamber of Commerce as the Aboriginal Woman Entrepreneur Award of Distinction. The award recognizes the outstanding achievement by an Indigenous woman entrepreneur who exemplifies effective leadership, innovation, and commitment to enhancing the well-being of the larger Indigenous community. My company has worked with numerous national Indigenous organizations and I’ve coordinated international press conferences.

I know that one day Canada will recognize National Indigenous Day as a statutory holiday where all Canadians and newcomers can have a greater understanding of who we are and the intergenerational trauma that my generation had to overcome—but most importantly, how we still practice our cultural ways of being and still dance to the beat of our own drum. Last week, Desnethé-Missinippi-Churchill River MP Georgina Jolibois—who is, herself, Indigenous—tabled a private member’s bill, C-361, that would make National Aboriginal Day a statutory holiday across the country—her first private member’s bill.

When Indigenous Peoples thrive, Canada also thrives. With more and more businesses launching with Indigenous women leading them, the more we see prosperity come back to the original Peoples of this land and by doing so creating a new path forward for the next generation. After all, that’s how we “Change the Narrative.”

Nicole Robertson is the president and chief communications specialist of Muskwa Productions and Consulting.