We must be constantly aware of which hard-won liberties we've surrendered to government. That way we'll remember to take them back. 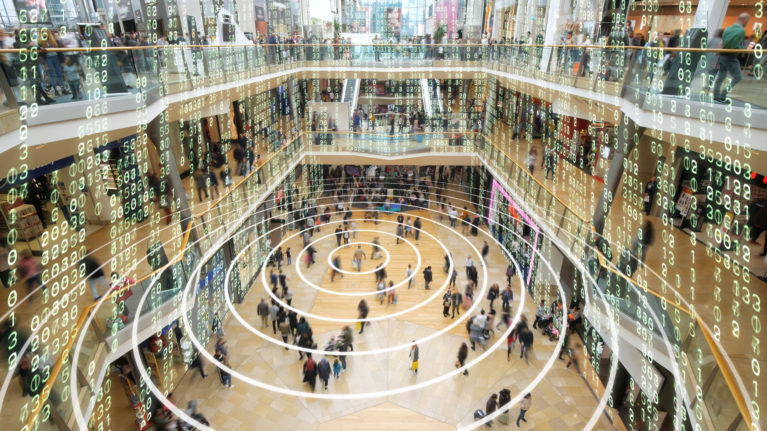 Adam Gordon is an international human rights lawyer based in Ottawa, and a former Masiyiwa-Bernstein Human Rights Fellow for the U.S.-Asia Law Institute of the NYU School of Law. He is the co-founder and co-director of Human Rights Together.

As societies begin the slow process of reopening from Covid-19 lockdown, governments across the world are turning to surveillance measures to enable a safe return to increased person-to-person contact. These include, most notably, laws that allow them to use phone data for “contact tracing,” as well as to monitor those who are supposed to be under quarantine. Among the governments considering such measures are not just those known for their authoritarian tendencies, but relatively free, privacy-respecting countries such as South Korea, the U.K., and indeed, Canada.

Several authors have already raised human rights and privacy concerns. In Western countries—with the notable exception of Trump’s America—the concern is not so much the use of such measures at all. Given that the coronavirus pandemic is an unprecedented crisis, some extraordinary measures that limit our freedom and privacy may be warranted. The attention has instead been on how surveillance is implemented, and in particular, the reversibility of such measures once the Covid-19 crisis is over.

Two problems have dominated the discussion. The first is that these measures, once passed into law, may never be rescinded. In such a scenario, the right to monitor our phones, originally meant only as a response to COVID-19, would remain on the books, and the government would quietly go about finding new ways to make use of it. The second problem is that using these policies may create a precedent for the use of similar privacy-infringing measures in future, lesser crises. This precedent is not just legal, but social as well; society may develop a greater tolerance for government surveillance, allowing future surveillance measures to be implemented with far greater ease.

RELATED: How Canada has bungled the COVID-19 endgame

These concerns are valid. The question is what to do about them.

Will the concerns being raised by myself and others dissuade governments from implementing these measures in the first place? Not likely. The depth and urgency of the Covid crisis mean that if governments believe that implementing these measures can help, they will do so (and so they should). At a deeper level, our governments see themselves as inherently responsible and trustworthy. In Western countries, at least, surveillance measures will be implemented with every intention of repeal. However, after governments come to rely on this greater access to our information, they may become reticent to give the powers back.

Some propose that a solution to surveillance measures is the inclusion of sunset clauses, which cause the law to expire after a set period of time unless it is renewed by Parliament. But this only solves the problem of the current measures staying in place; it does not address the increased likelihood of similar measures being trotted out every time there is a lesser crisis—flooding in Calgary, a pair of killers in northern B.C., an Amber alert in Toronto.

This is precisely what happened with Canada’s anti-terrorism legislation. Enacted after 9/11 (an unprecedented crisis on par with COVID-19), the law contained several extreme measures set to sunset in 2007, which Parliament declined to renew due to concern over the human rights implications. But then in 2013, following the Boston Marathon Bombing, MPs fast-tracked new legislation with these same provisions.

What’s more, scholars have found that sunset clauses have a tendency to become “democracy’s snooze button,” and the emergency measures they were meant to end are frequently reauthorized without meaningful evaluation. The problem is that such clauses kick the issue back to the very government they were meant to constrain.

RELATED: A significant increase in testing is necessary to restart the economy

So what option are we left with? As the Economist recently pointed out, the best defence will be citizens, civil society organizations and the media holding our governments to account to roll back any surveillance measures after COVID-19 is done, and abstain from implementing new ones. But here’s the trick: remembering to do so.

When the crisis of this pandemic begins to pass and life begins to return to normal, people’s minds will be on seeing friends and family, on going to restaurants and movies, on getting back to the office and rebooking that cancelled vacation. The last thing on anyone’s mind will be remembering to push the government on some forgotten-about surveillance laws that were passed months ago and that we, too, have grown somewhat accustomed to.

What won’t we forget to push the government for? To let us to leave our houses, visit friends, open our businesses, travel internationally and move inter-provincially. The thing about rights such as these is that the restriction of them is impossible to ignore. Unlike some digital monitoring that quietly takes place in the background of your phone or on some unseen database, these impositions are right in our faces, and no one is going to simply forget about them.

So if we are going to start seriously considering surveillance and other privacy- and rights-limiting measures, we might, counterintuitively, consider using measures that are more intrusive. For instance, if we decide that we’re okay with the government tracking our whereabouts to enforce quarantines, then rather than allow them to use our phone data, we should use something more conspicuous. An illustrative, if extreme, example would be electronic monitoring ankle bracelets: we may well forget or simply stop caring about the government having access to our phones’ GPS information, but no one is going to forget or stop caring about an electronic monitoring bracelet. So the minute surveillance is no longer needed for this crisis, Canadians will demand that any surveillance law be reversed. And when we later are faced with some lesser crisis, it won’t be easy to convince us that such measures are needed again.

RELATED: Oh, how we’ve changed: Coronavirus ups and downs by the numbers

While electronic bracelets provide a vivid case in point, they are perhaps a tad unrealistic (if nothing else due to their longstanding association with criminal house arrest). Yet the idea that intrusive measures should be in our faces could be implemented in less aggressive ways. If our phone data is to be gathered by government, for instance, the law could insist that each day, so long as the policy is in place, all cell phones impacted by it must be sent a notice reminding its user that their whereabouts are being monitored.

In essence, if we want to protect ourselves in the long run from government overreach, we need the measures they implement in the short term to be annoying. The squeaky wheel gets the grease, they say. So let’s make sure that the policy we get squeaks really loudly.