The Calgary Flames want half a billion dollars from taxpayers: Just say 'No'

Opinion: The shakedown arguments made by sports teams and other businesses are always the same, and don't stand up to scrutiny 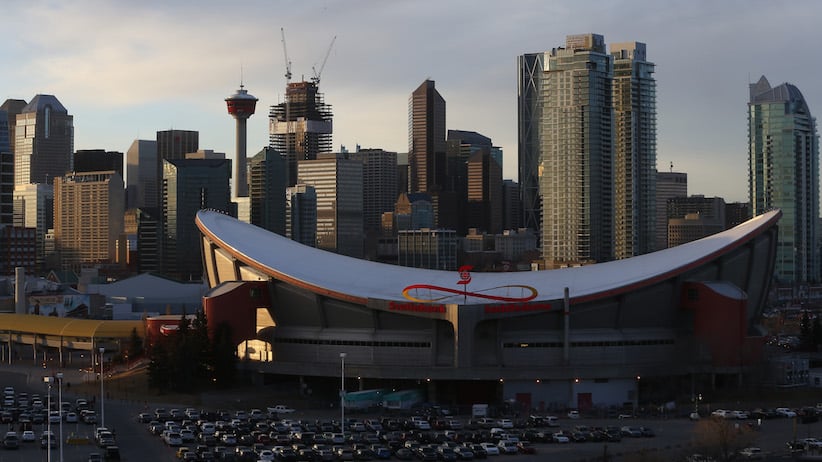 Mark Milke is the author of multiple studies on the economics of corporate welfare and Tax Me I’m Canadian: Your Money and How Politicians Spend It.

Nineteen years ago when I was the Alberta director for the Canadian Taxpayers Federation, the prospective new owners of the Edmonton Oilers pressed city hall for new taxpayer-financed breaks. It was part of their plan to buy the Oilers from Peter Pocklington. The various subsidies on the table were worth $5 million annually.

I requested to appear before city council to argue against the deal. On the day of the vote, I was blocked by a technicality and denied the chance to speak. I watched Edmonton city council agree to the newest subsidy deal for a for-profit sports team.

As I left council chambers and wandered down to the underground parkade, there was an epiphany of irony: I, the free-enterprising taxpayer advocate, jumped into my old Honda Civic; some of the prospective new Oilers owners, whom the city just agreed to subsidize, drove away in luxury cars.

As an unapologetic capitalist, I favour the right of people to spend their cash how they see fit, providing it is (a) their cash; and (b) not spent on items that will harm others.

But the key two words are “their money”. Taxpayer subsidies to professional sports teams do not count. Such money flows are instead the result of well-oiled lobbying efforts directed at politicians.

Which brings us to the Calgary Flames and their latest salvo at Calgary’s taxpayers. This past week, Flames CEO Ken King dropped the gloves and went after Calgary city councillors and Mayor Naheed Nenshi, all of whom are one month away from voters and the civic election.

King informed the public that meetings with City Hall on transferring Calgarians’ cash to a new arena were “spectacularly unproductive”.

Translation: The Flames’ owners are unhappy with what Nenshi later revealed was the city’s offer: One-third of the estimated $555 million cost for a new Flames arena.

That $185 million includes cash, the value of land and demolition costs for the existing Saddledome; it is meant to be repaid by the Flames. Another $185 million is to arrive from Flames owners and $185 million from Calgarians in a ticket surcharge, applied to all events at the proposed arena.

King and the Flames’ owners want even more. Apparently they will reveal as much soon.

But first, a fact check: The city of Calgary offered a lot more than one-third to a professional sports franchise.

Mayor Nenshi admitted as much when he pointed out that taxpayers will also foot the bill for $150 million in nearby infrastructure necessary for the new arena. There are also unknown amounts to be paid for utility and local transit upgrades.

Also, the notion that a city-mandated ticket surcharge on other events does not count as a taxpayer contribution is misleading.

To grasp why, imagine if an energy company demanded that Calgary build it an office tower. Then imagine the city imposed a tax on other tenants to finance its construction, this with the company paying just one-third of the actual cost.

That’s a subsidy by any honest assessment. It is also what Calgary is offering to the Flames, sort of.

Thus, a new Flames arena ($555 million) and related infrastructure ($150 million) will total at least $705 million. The Flames’ owners will pay $185 million, or just 26 per cent. Taxpayers, through local taxes, the value of land and a tax surcharge on event tickets will pay $520 million, or 74 per cent of the new arena and related “blacktop” costs.

Back to the big picture.

I’ve seen this dynamic play out forever: taxpayer subsidies demanded by professional sports teams’ owners, or by aerospace, automotive and energy companies. And the shakedown arguments are always the same: Pay us or we’ll leave, and so will a chunk of your economy.

The economic analysis is straightforward and never favours the fear-mongers. On pro sports, briefly, the best peer-reviewed analyses from academics—not the junk economics churned out by teams or organizations on their payroll—is a 2008 study from (then) University of Alberta professor Brad Humphreys and University of Maryland professor Dennis Coates.

They reviewed every credible report on sports subsidies and found the following: It didn’t matter where the stadium was; it didn’t matter what economic modelling and inputs were used to predict losses if a team left, or “payback” to taxpayers if a team stayed. Every study reached the same conclusion: There is “almost no evidence that professional sports franchises and facilities have a measurable [net positive] economic impact on the economy.”

The reason for that is simple. If a sports team ever left a city, no one who previously spent money on tickets and beer will then burn that money in the fireplace. They will spend the money elsewhere. That also creates economic activity and tax revenues.

So why do sports franchises and other companies often succeed in getting subsidies from taxpayer courtesy of pliant politicians?

Answer: They don’t, always. In Europe, Krakow, Munich and Zurich rejected proposals to host the winter Olympics—this via referendums where, in the case of Krakow, 70 per cent of the public said “no”.

But in Canada, politicians are loath to let voters decide such matters. After all, voters might turn down demands to finance hockey rinks used by those whose salaries are in the multi-millions.

Another reason is that free trade agreements are not comprehensive and tough enough. Whether NAFTA or other free trade deals, subsidies are prevented only if restricted to domestic companies. As long as a government is willing to subsidize any corporation, the money can flow.

Which brings up two action items: If Canadians tire of seeing hundreds of millions of their money flow to professional sports teams, or billions of tax dollars for corporations in other sectors because of lobbying and politics, harass your politicians to improve free trade agreements so they ban taxpayer-financed subsidies. All of them.

And locally, demand the right to vote on attempts to make taxpayers pay half a billion dollars for a new arena—which, at present, is what’s on the table in Calgary.