Andrew MacDougall: A look inside how Cabinet decisions are actually made casts doubt over Trudeau's extraordinary claim about the WE decision 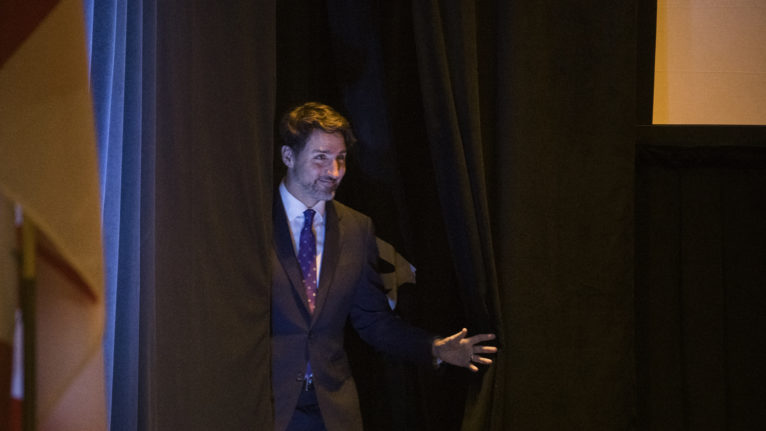 Now that Prime Minister Justin Trudeau and his Chief of Staff Katie Telford have testified at length about the Memorandum to Cabinet (MC) approving WE Charity’s delivery of the Canada Student Service Grant, I wonder when we might be able to see a copy? Because anyone who’s been around the policy process in Ottawa knows their “binary choice” story—i.e. it was WE’s way or no way at all—puts the ‘un’ in ‘unlikely’.

Normally any MC (as they’re referred to in official Ottawa) would forever be kept under lock and key thanks to Cabinet confidence, but the creature described by Trudeau and Telford is such a rare bird its release would do much to enlighten future students of governance. More importantly, and given its centrality to our story, its release would go a long way to confirming the official government narrative.

Because having read dozens upon dozens of MCs, I can’t say I can remember one with a ‘binary choice’. More to the point, nor can many, if any, who have been involved in the Cabinet decision-making process over its long and distinguished history, bureaucrat or political staff, including the current crop serving in Ottawa. They all know the surest way to kill your MC stone dead is to ship it to the “central agencies” (as the Privy Council Office, Treasury Broad, and Department of Finance are known), as must happen before a government decision is made, with a sole option. Indeed, doing so is all but guaranteed to launch a PCO rocket up your office’s backside; PCO just doesn’t ship a Hobson’s choice to any Cabinet committee.

No, if the first draft of an MC comes in with only one option, a so-called ‘four corners’ meeting is quickly called between PMO, PCO, the Minister’s Office and the Minister’s senior bureaucrats to whip everything into shape and find a better way forward. A Minister’s office that resists these attempts soon finds their proposal dead in the Ottawa water.

Which isn’t to say MCs never land on the Cabinet table with a preferred option. They do. Even a heavily preferred one replete with a barely-coded (hint, hint). But there are always other options listed, even if they’re clearly meant to be ignored. In my time in Ottawa the requirement was for three distinct and viable options for ministers to discuss. Trudeau’s extraordinary claim that only one viable option was presented therefore rings extraordinarily hollow.

Shipping a single, solitary option to your cabinet colleagues for consideration, as youth minister Bardish Chagger is said to have done with WE, is to invite nothing of the sort; it’s to either jam them into supporting your choice or request the rubber-stamping of a decision made elsewhere, and by ‘elsewhere’ I don’t mean a faceless bureaucrat buried deep in a line department. Or Minister Chagger, for that matter. No, think higher up the food chain. Much higher.

In fact, we don’t even have to speculate as to the source of inspiration. It was Trudeau who announced the program on April 22, i.e. approximately two weeks after he first discussed a youth volunteering program with Finance Minister Bill Morneau on April 5, and approximately two weeks before Cabinet met to discuss Chagger’s (cough) proposal on May 5. To call upon some recent history, it appears the boss was in a “mood” to get something done.

And something did get done. In the two weeks between program announcement on April 22 and program approval at the COVID committee on May 5, PMO and PCO would have instructed Chagger and her department to develop a MC laying out options for the design, costing and delivery of the CSSG program. Given the CSSG had already been announced—by the Prime Minister no less—it would have been shocking—nay, impossible—for that MC to suggest not creating the program at all. And given the habit of an MC having three viable options it’s bizarre that a recommendation wasn’t made to either have the existing Canada Summer Jobs program or Canada Service Corps deliver the program, even if it was only to frame the preferred option (i.e. WE) in a better light.

Of course, by this point, the finance minister had already approved the concept of an outside body delivering the CSSG. Moreover, he approved it a day after speaking with WE about the program (which was one day before Trudeau announced the program). Indeed, before the Cabinet even had a chance to meet to discuss the CSSG proposal Morneau, Chagger and Trudeau’s offices had already been on the horn with WE Charity to talk about the delivery of the program. And yet Trudeau swears up and down the fix wasn’t in; that WE was the public service’s idea.

Which brings us to another discordant note in the Prime Minister’s telling of the story: his willingness to throw the public service under the bus for recommending WE. Sorry, but in our system of government it is ministers who make recommendations to the Cabinet for decision, not bureaucrats. It is Minister Chagger who would have presented this pre-programmed turkey to the Cabinet, not the senior assistant deputy minister at the Department of Employment and Social Development Canada. To hide behind the bureaucrats is to reject ministerial responsibility. Once Chagger brought this blinkered MC to Cabinet it was her baby, and nobody else’s.

Well, nobody’s other than Trudeau’s, that is.

And while it’s true a number of other outside organizations were considered by government bureaucrats after the program’s launch, how seriously any of them were actually considered remains unclear. Some of the bigger ones on the government’s list weren’t even contacted, which suggests the interest couldn’t have been anything more than perfunctory. Furthermore, the fact that Trudeau’s director of policy called WE the day the COVID committee approved the MC on May 5 and that WE started spending on program delivery that very day tells us all we need to know.

So, just how did this slipshod and highly unusual MC make it to the full cabinet for discussion? Was it a catastrophic breakdown of the tried and tested MC process? Or is it more likely the decision was dictated from on high and then rammed through Cabinet?

The latter certainly provides a better explanation of why the item was pulled from the Cabinet agenda on May 8. Recall that Trudeau says this was done at his request when he learned that very morning that WE was the only option to deliver the program, a fact his staff, officials, deputy prime minister, ministers on the COVID committee, and their staffs and officials had apparently neglected to pass along following their May 5 meeting approving WE. It beggars belief.

The need to ram the decision through the Cabinet also provides a better explanation for why Trudeau didn’t recuse himself despite his obvious conflict. In this scenario, Trudeau had to preside over the May 8 meeting of the full Cabinet precisely because of the unusual nature of the MC and the fact his office had already given the go ahead to WE to start spending. Any objections had to be squashed.

Perhaps one soul around that Cabinet table of servile sheep was brave enough to ask the Prime Minister if he really was so stupid as to try to steer a program worth hundreds of millions of dollars without competition to a charity with no federal program delivery experience but a lot of experience in Trudeauing. Who knows, maybe there was even a Jane Philpott to this imaginary Jody Wilson-Raybould?

Sadly, it was probably a more prosaic concern, possibly a minister from Quebec noting that WE Charity had approximately zero presence in Quebec and that some more thinking needed to be done about that before the program could get approval at the next Cabinet meeting. Given no more due diligence appears to be done on WE Charity in the two weeks between cabinet meetings, as Trudeau claims, but that WE tapped a Liberal-connected, Quebec-based PR firm to be its arms and legs in the province soon after the Cabinet finally approved the program on May 22, it suggests the Liberals were more concerned about squaring the Quebec delivery circling than ensuring WE was fit for purpose.

Of course, we needn’t speculate. The Liberal government could release the proof of its binary choice and a full listing of its conversations with WE from March until program launch in June any time it wants.